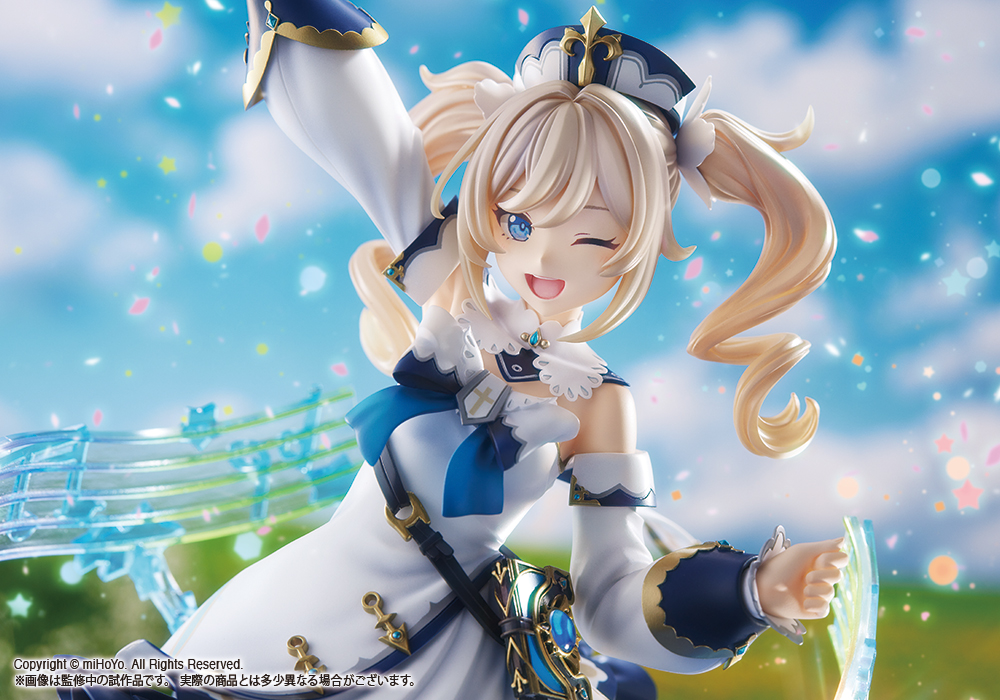 If you love HoYoverse’s popular online RPG Genshin Impact, Kotobukiya has a treat in store for you.

The Japanese manufacturer revealed a new figure portraying popular heroine Barbara, and she’s available for pre-order (until April 12) on Kotobukiya’s own store for 19,580 yen, which approximately translates into $196.

The release window isn’t too far off, slated for September 2022.

Her scale is 1/7 and the prototype was sculpted by Hirohito. She’s approximately 270 mm tall.

Kotobukiya released a trailer and a bunch of official images, which you can enjoy below.

You can also take a look at more footage and details about the 2.5 update.