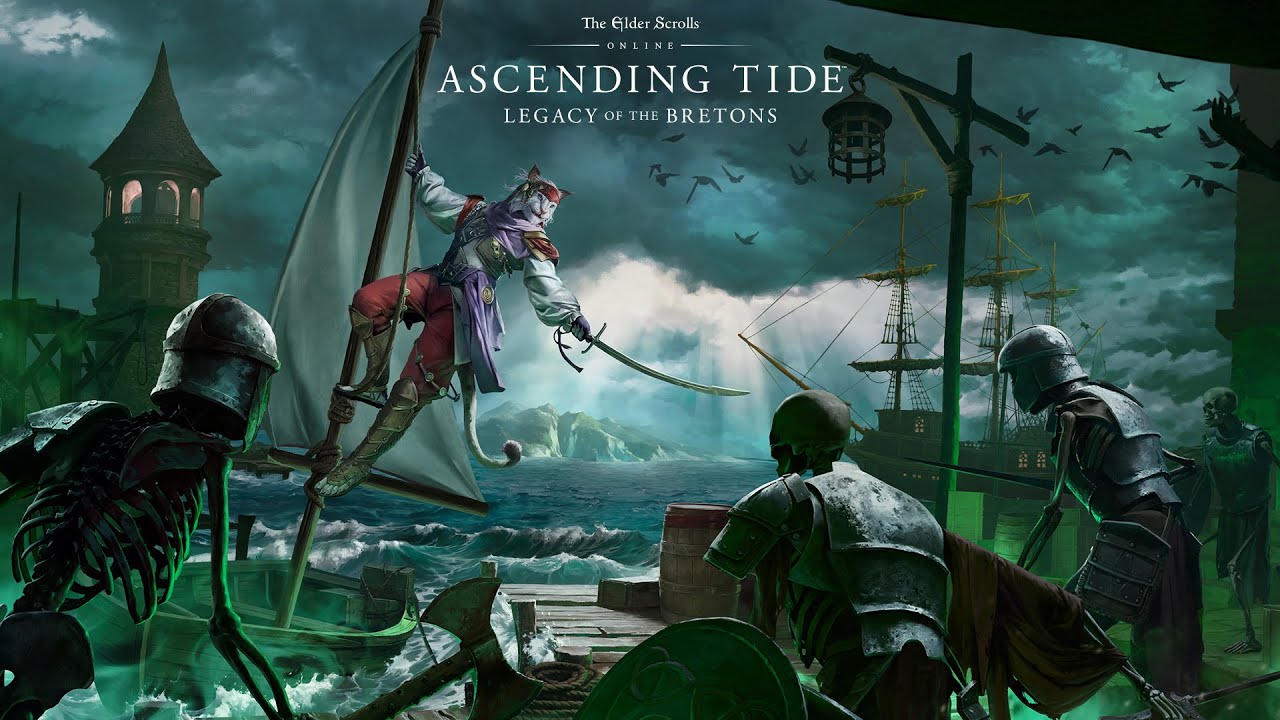 Today Bethesda released the first Elder Scrolls Online DLC that is kicking off the Legacy of the Bretons storyline that will span the entirety of 2022.

The DLC, titled “Ascending Tide,” is out on PC and Stadia, while players on PlayStation and Xbox will have to wait a couple of weeks longer, with the release set on March 29.

It includes two PvE dungeons “Shipwright’s Regret” and “The Coral Aerie,” setting up the events for the upcoming High Isle chapter of the story.

Here’s how the developer describes it.

“Players can look forward to the return of several heroes from previous ESO adventures. The new DLC opens with a daring rescue of Jakarn from the mysterious Ascendant Order. Players will partner with Captain Kaleen for a heroic raid of the Coral Aerie, but they must be on the lookout for dark forces threatening the Breton people. The Coral Aerie is a beautiful yet treacherous location, a perfect taste of the visuals to come in 2022.

Players can also discover an abandoned, haunted shipyard known as Shipwright’s Regret. Said to be the largest fleet in Tamriel’s history, the legendary All Flags Navy is found in wreckage where lurking undead foes now call the ruins home. There will be plenty of new and exciting challenges, secrets, and loot for players to experience in our latest DLC.”

Below you can also watch a trailer showing off what you can expect.