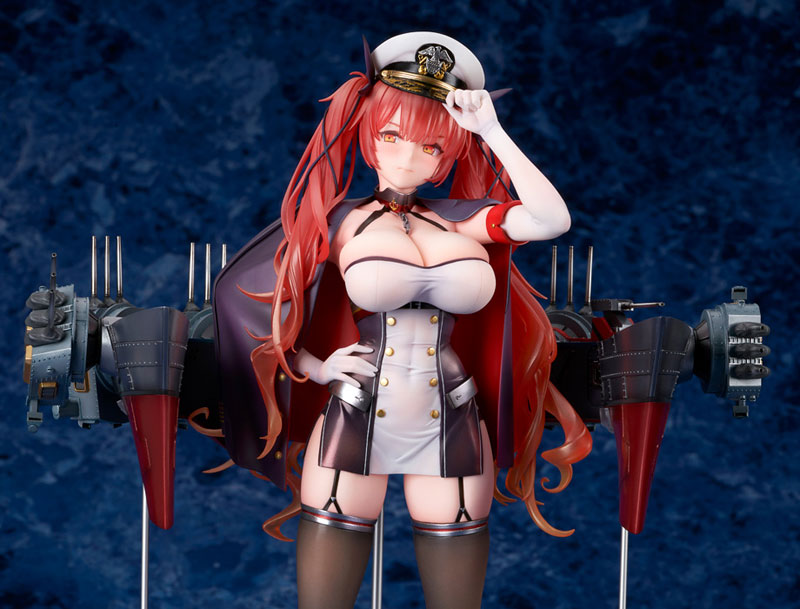 If you’re a fan of Azur Lane, Alter made a new figure portraying one of its shipgirls available for pre-order.

The figure portrays the Eagle Union light cruiser Honolulu in her standard uniform. You can reserve it on AmiAmi in two versions.

The full version comes with the rigging and costs 34,200 yen (which approximately translates into $291). The “Light Armor Version” removes the rigging but is also considerably cheaper, at 20,600 yen (approximately $175).

Both versions release in April 2023.

The scale is 1/7, resulting into approximately 260 mm in height.