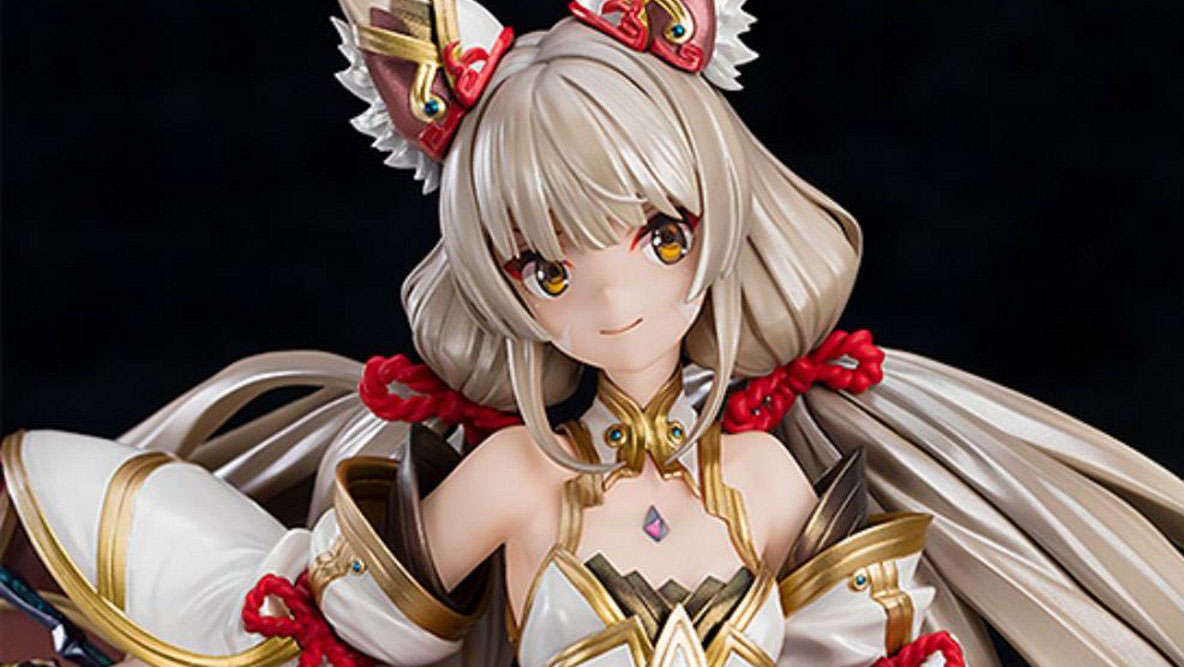 To be specific, it portrays Nia’s true form, and it’s available on Good Smile’s Japanese and American stores for 26,000 yen and $259.99 respectively.

She will release in Japan in June 2023, while America will get it in August. By then, we’ll likely already have played Xenoblade Chronicles 3, but this kind of lead time is pretty much the nature of the beast.

The scale is 1/7 for 310 mm in height sword included. The prototype was sculpted by Akimofu and painted by Hajime Akimoto (Hajimeno).

“From the Nintendo Switch game “Xenoblade Chronicles 2″ comes a scale figure of Nia in her awakened form! Nia’s dignified and beautiful appearance has been carefully captured in figure form based on an illustration by character designer Masatsugu Saito! Translucent parts and pearl paintwork have been utilized across the figure, perfectly capturing the distinctive textures of the materials that make up her outfit.”

Xenoblade Chronicles 2 is currently available exclusively for Nintendo Switch, and you can read our review.