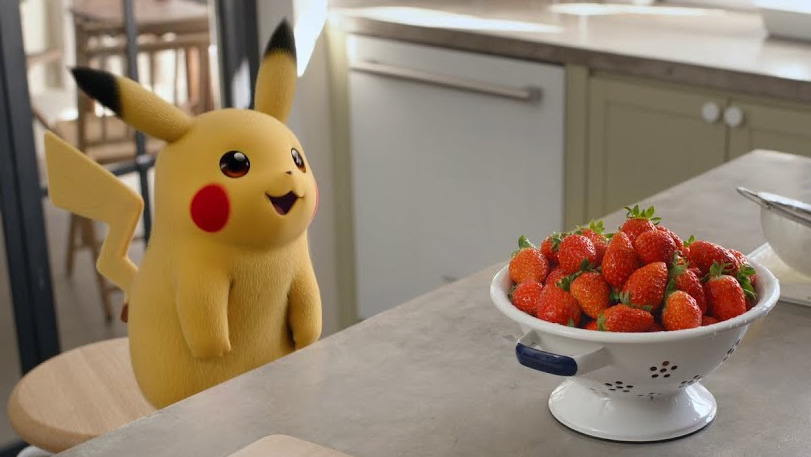 Earlier this month, we saw a teaser trailer introducing us to a new series of short videos about Pokemon and food. This week, we finally got to see the first two episodes of the series “Sweet Winter with Pokemon,” which depicts the life of a man who cooks Pokemon-themed food alongside his Pokemon partners.

Pokemon fans and food lovers alike will be drooling all over these videos.

The first episode was released on the Japanese Pokemon YouTube channel earlier this week on February 14. It begins with the man waking up to the sounds of Pokemon before he begins creating various food items, starting with a sleeping Eevee cappuccino.

The video continues with him creating delicious desserts based on Pikachu and Jigglypuff, who we later see represent two of his own Pokemon in his kitchen.

In episode two, the man’s Pokemon are outside playing while he picks strawberries in his garden. Later in the video, he’ll use these strawberries to create various mouth-watering treats that his Pokemon enjoy. My favorite one is a pastry that looks just like Rowlet.

The production value of these short videos is absolutely astounding. The CGI Pokemon actually look incredibly realistic. And of course, we wish we could taste all of the foods that were made. If you love Pokemon, delicious food, or both of these things, you have to check it out, so you can view both episodes below.

Since this is an ongoing series, we’ll be sure to let you know when the next video is posted, so stay tuned with us here at Twinfinite for more.