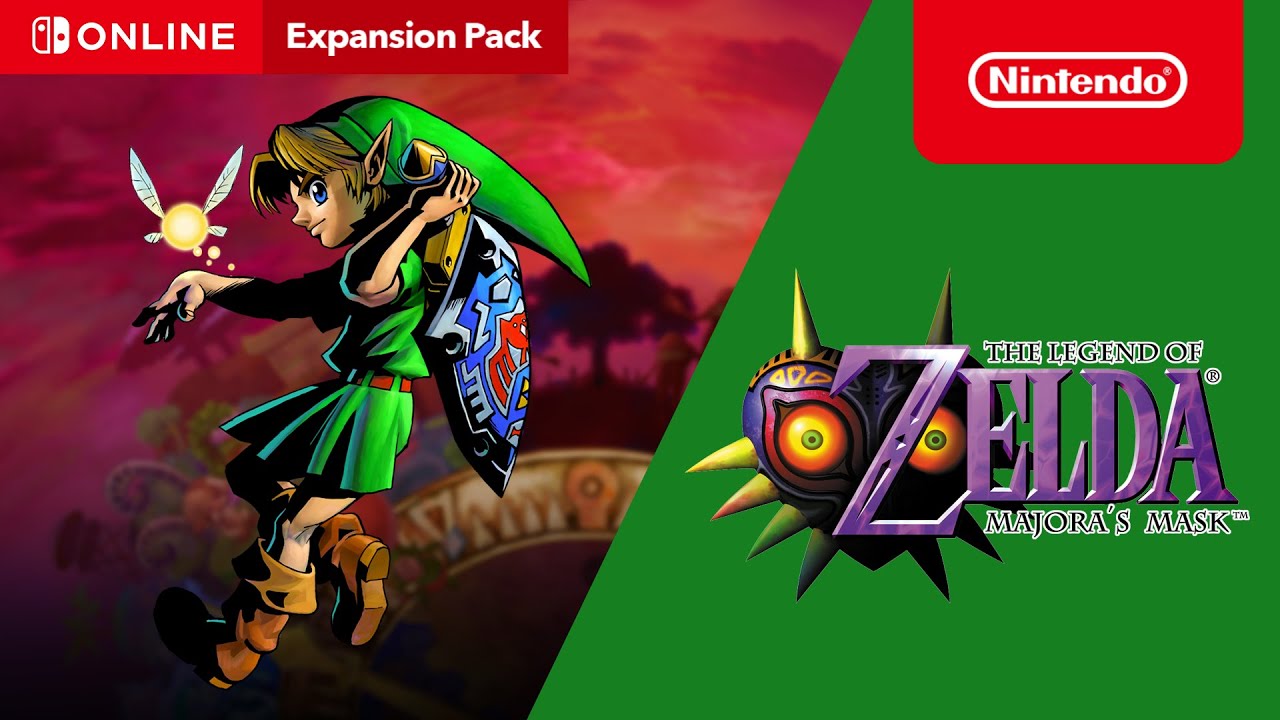 Last month, we learned that The Legend of Zelda: Majora’s Mask would be the next game to arrive on the Nintendo Switch Online + Expansion Pack library of games. Today, it was announced that the Nintendo 64 game will release on the service next week on February 25.

Majora’s Mask, which was released in 2000, is the direct sequel to Ocarina of Time. The game was remastered for the 3DS in 2015, but the version coming to Nintendo Switch Online is the original N64 version.

If you’re not familiar with the game, here’s what it’s all about:

Upon landing in the mystical world of Termina, Link must embark on an urgent quest to solve the mystery of the moon, save the world from destruction, and find his way back to the peaceful land of Hyrule in just three days! Use the ocarina’s power to manipulate time, and plan your schedule as you solve mind-boggling puzzles and dungeons!

You’ll need the Expansion Pack upgrade to the base online membership in order to play The Legend of Zelda: Majora’s Mask and the rest of the Nintendo 64 games on the Switch. This upgraded membership costs $49.99 per year for an individual membership and $79.99 for a family plan of up to eight people.

This will be the third Nintendo 64 game to be added to the Nintendo Switch Online + Expansion Pack service since it launched last year, coming after Paper Mario in December and Banjo-Kazooie in January. It seems as though new games will be added to this service roughly once a month. The past two times, we learned what the next game will be shortly after the previous one released, so we may find out March’s game next week as well.

You can watch the Nintendo Switch Online trailer for Majora’s Mask below.