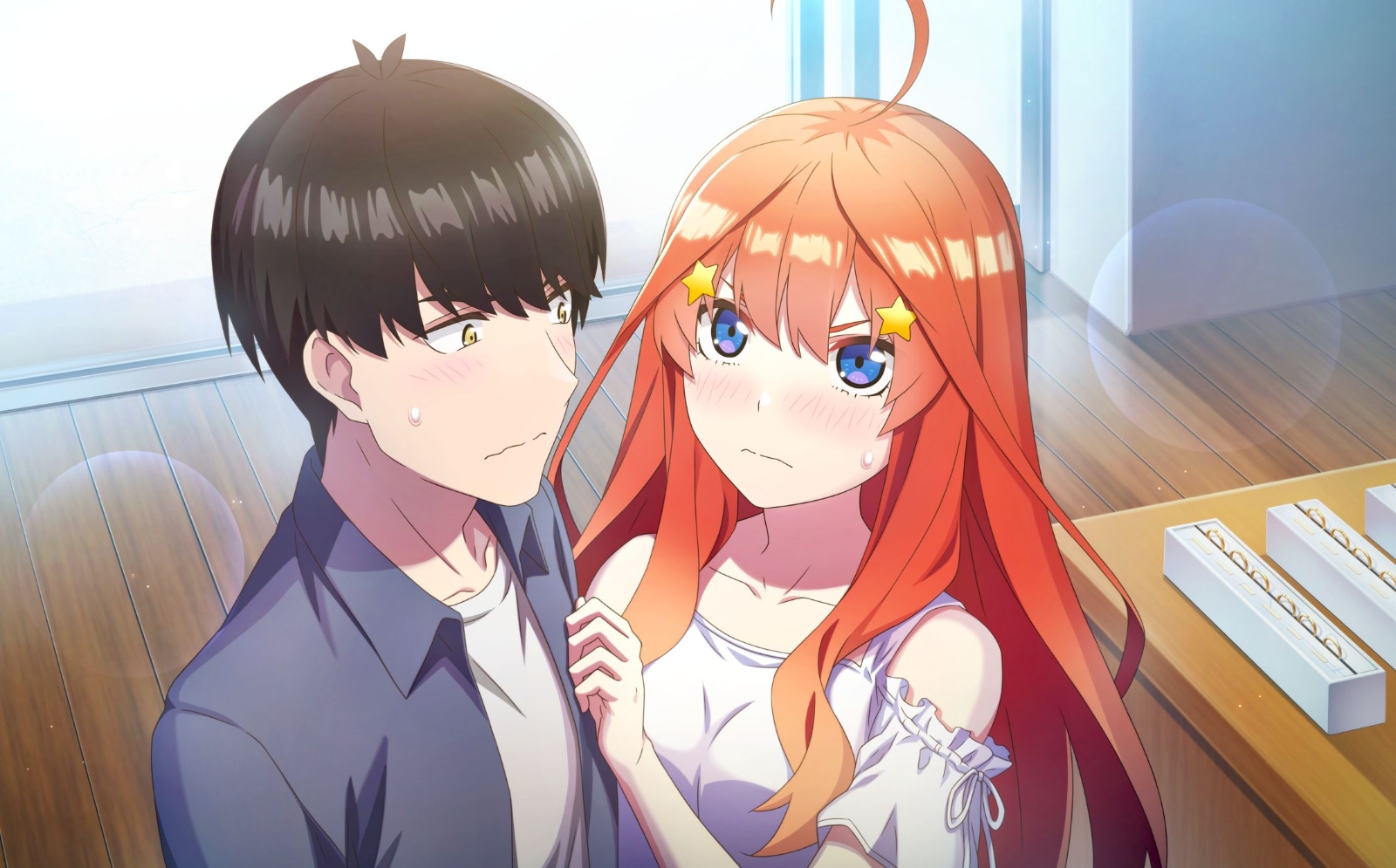 Today Mages announced a second visual novel game building on the story of the popular manga and anime The Quintessential Quintuplets.

The game is titled “Eiga “Gotobun no Hanayome” Kun to Sugoshita Itsutsu no Omoide” which translates to “Movie “The Quintessential Quintuplets” Five Memories With You.”

It’s coming for Nintendo Switch and PlayStation 4 on June 2, 2022, and the title should not confuse you. It’s not a movie but a visual novel game.

I’m quite sure almost everyone, while reading the Quintessential Quintuplets manga or watching the anime, had some idea on who they would pursue among the girls.

This game puts you in control, as it starts with the school festival where you decide who Futaro will confess to. Six months later he will come up with the idea of a graduation trip to Okinawa

The trip has a hidden purpose. Futaro believes that, having focused on helping the quintuplets graduate, his relationship with his beloved has progressed slowly. The goal of the trip is to kiss the one he has chosen in order to create a strong bond that can overcome the challenges of a long-distance relationship in the future.

There are 15 different endings in Movie “The Quintessential Quintuplets” Five Memories With You plus a hidden route, so there is plenty of room to forge the story as you like.

Below you can check out a trailer.

Unfortunately, it was never localized in the west, so we should probably keep expectations in check for this one as well.