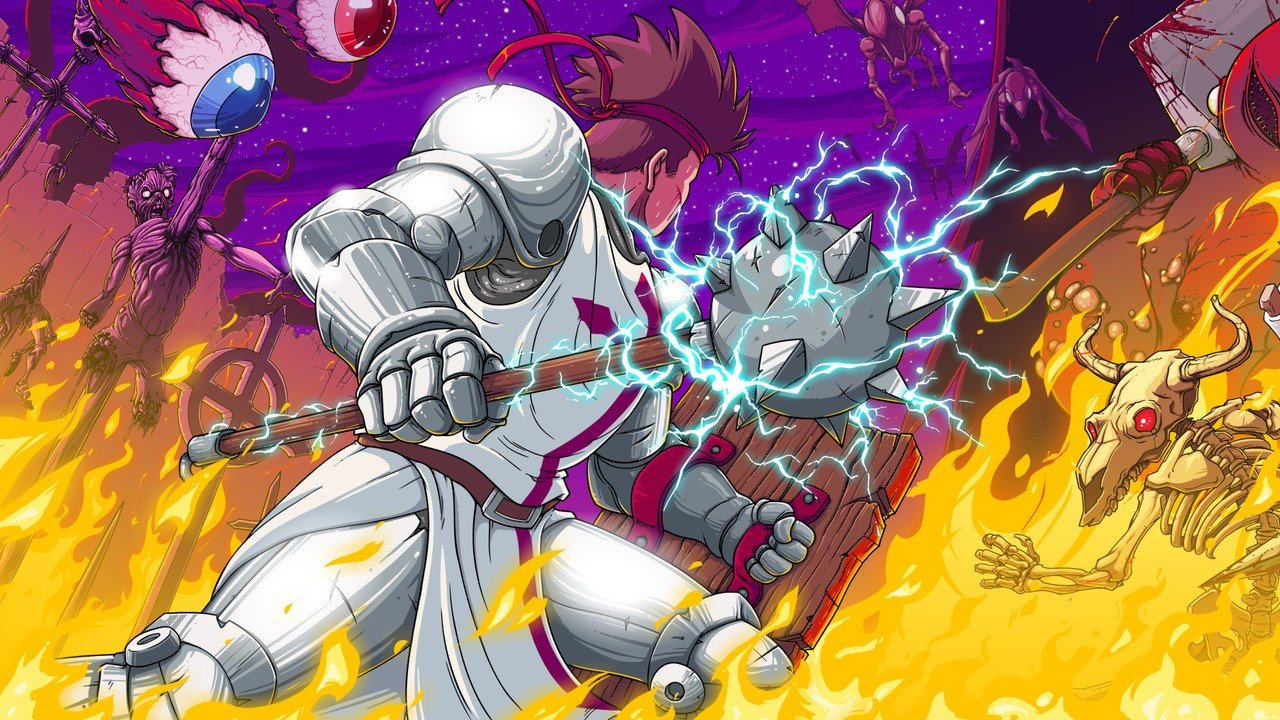 If you’re in the mood for a wee bit of nostalgia, then Berzerk Studio‘s latest 2D action-adventure title, Infernax, has got you covered. Featuring classic platforming gameplay from the 8-bit days of yore, as well as a bunch of deep customisation options and a snappy combat system, too, the Canadian-based developer appears to have something pretty special on their hands.

Coinciding with its recent release on PS4, Xbox One, Xbox Series X|S, Switch, and PC, the team has dropped a brand new launch trailer and it’s seriously metal AF. Go ahead and check out said video down below:

What’s extra cool about Infernax is that while it looks like a game straight out of the late NES-era, it boasts a plethora of surprisingly cool features under the hood that likely couldn’t be achieved on older hardware.

Not only are there lots of of secrets to discover, but there’s also a day and night cycle, synergies to exploit, and some choice-based decisions that make a meaningful impact on the overall narrative of the game. In other words, there’s more than meets the eye with the retro action title.

For more information about Infernax, here’s a general overview courtesy of an official press release we received recently from Berzerk Studio:

The Arcade Crew and Berzerk Studio are excited to inform you that your date has arrived. The retro action-adventure splatterfestInfernax is here to sweep you off your feet and carry you over that puddle of gore. Launching today on Steam, Nintendo Switch, Xbox Series X/S, Xbox One, PlayStation 4, Xbox Game Pass, PC Game Pass, and Xbox Cloud Gaming, Infernax promises to woo you with all the challenge and carnage pixels can deliver in the classic NES-era style you know and love. The game launches with a 10% discount on both the eShop and Steam until February 20th, but just don’t call it a cheap date.

Your dashing companion for the upcoming adventure is none other than Alcedor, young Duke of Upel, freshly returned from battle. Sadly, the land he has returned to is now a shadow of the home he left. Evil has cast a pall over this once prosperous place, and the people cower in fear of the unspeakable things that now ravage the countryside. This, of course, is most inconvenient. Join Alcedor as he gets knee-deep in problem-solving, to wrest control of these lands back from the forces of darkness.

Alcedor will face horrors beyond the ken of man, and hopefully liquefy them with his trusty mace as he leads a one-man crusade through the forces of the underworld. With secrets to unlock, powerful abilities to learn, and an assortment of spells in his arsenal, he’ll be ready to face whatever lurks in the shadows and truly give em’ hell. Along the way, his morals will be tested by difficult choices that will shape not only the fate of Upel, but the fate of Alcedor himself, leading to different gameplay paths. The challenge that lies ahead is not for the faint of heart, but Infernax offers both a classic hardcore mode, and a more forgiving (but no less challenging) casual mode, for maximum enjoyment no matter how you play.