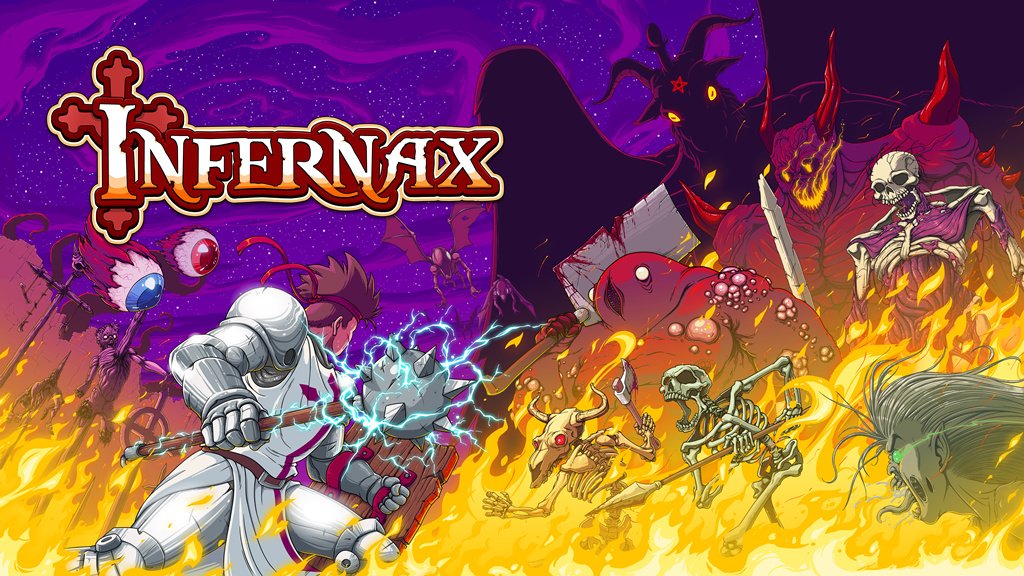 Nostalgia is a powerful thing, so if you’re in the mood for a love letter to 8-bit RPGs of yesteryear, Berzerk Studio may have you covered with its latest game, Infernax.

Billed as a retro action-RPG from the days of yore, Infernax is a side-scrolling pixellated 2D experience that would look right at home on an ol’ CRT display from the 80s.

But are you ready for the super-duper good news? Its release is just around the corner – 14 Feb. to be exact – and it’ll be launching on PS4, Xbox Series X|S, Xbox One, Switch, and PC. Check out its latest trailer down below:

As you can see in the footage above, Infernax boasts deep gameplay, a bunch of secrets to discover, tons of replay value, a day and night cycle, unique synergies to exploit, a plethora of upgrades, and even a handful of choice-based decisions that influence the overarching plot of the game.

Speaking to the PlayStation Blog, developer Mike Ducarme shed some further light on what to expect from the action-packed retrograde experience.

The story is all built on your decisions, and those decisions guide what upgrades you get, what quests become available to you.

[…] What we ended up doing was creating an evolutive narrative that took the player’s choices into consideration, every choice they’d make would move the story forward in one way or another. That in turn created a fun new dynamic that people would want to replay the game to see what would have happened if they did something different, and true to our younger selves we decided it would be hella rad if when they did, it actually changed how they’d play the game, because nobody wants to do the same thing twice just for a blurb of text. Could be that saving this one guy from hooligans gives you a different spell, or maybe some brigands you chased come back for you later on, what if you joined them instead, maybe they’d split the spoils with you?

Sounds tantalising, right? It’s really cool that the Canadian studio has managed to leverage the power of newer consoles to implement some novel choice-based gameplay systems that would’ve been difficult to achieve on the older hardware the title is trying to emulate.

In other words, while Infernax looks and plays like an old-school romp, there’s some special sauce in the branching “evolutive” narrative’s backend that may be quite unique.