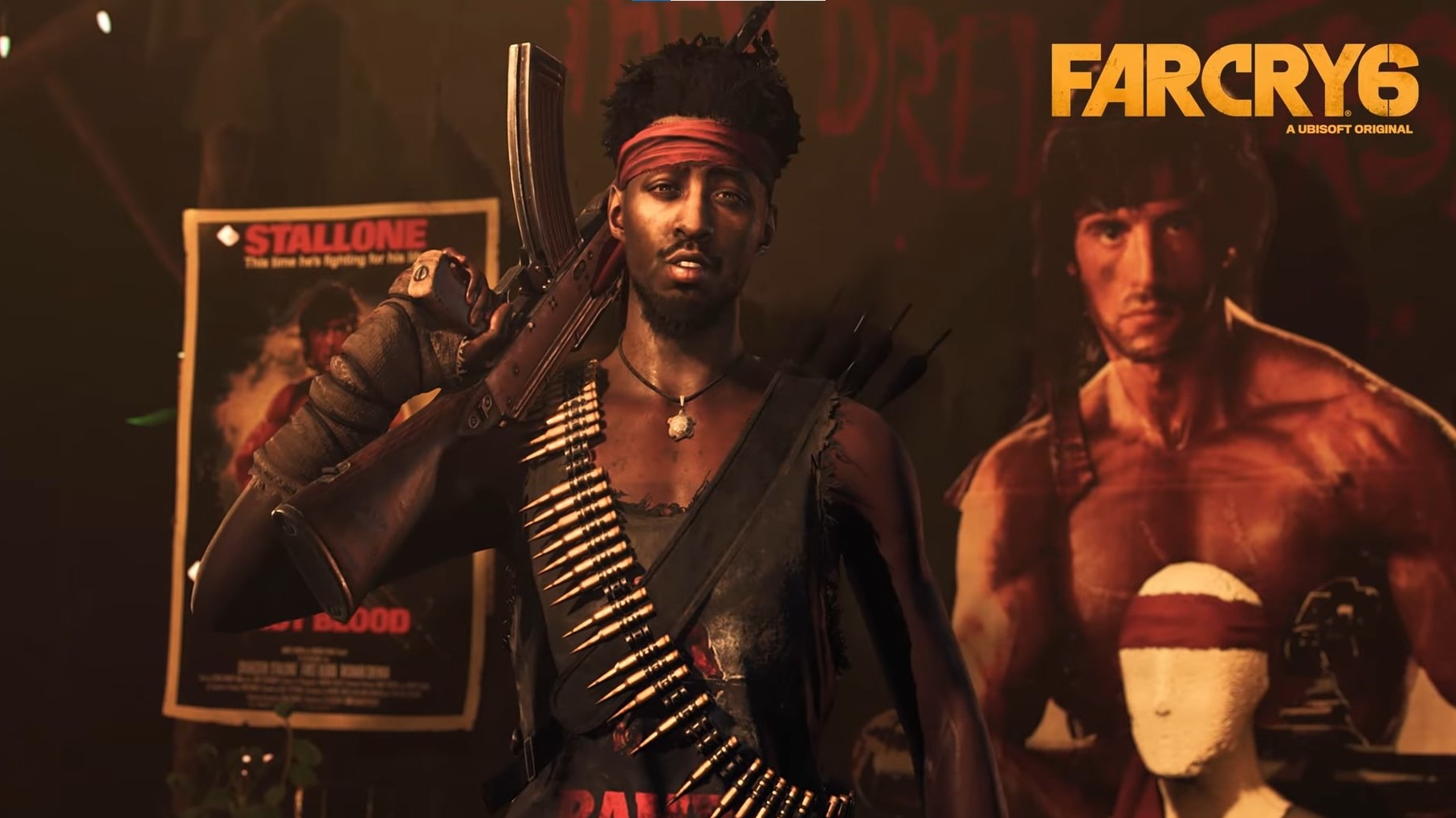 Ubisoft is sticking to its post-launch plans for Far Cry 6 with the release of this free Rambo crossover DLC. The previous crossover mission had Dani team up with Danny Trejo to fight against Anton Castillo’s forces while delivering tacos all across Yara. This DLC should be added to your game automatically through the recent update.

This mission is titled All the Blood and, in this one, Dani is teaming up with a Rambo superfan. They’re still taking on Anton Castillo’s Yaran military, but with an ’80s action theme this time around.

Just like in the last crossover, a free new reward item will be gifted to players — the Vengeance Bow. And you’ll be able to test it out and complete the mission solo or in co-op with a friend.

You can check out the trailer for this Far Cry 6 and Rambo crossover right here to see the new weapon, Dani’s outfit change, and a whole lot of chaos.

If you haven’t bought the game just yet, you can have a look at our review to see if it’s something you’d want to play. And if you decide that the answer is yes, you can purchase Far Cry 6 for PC, Xbox One, Xbox Series X|S, PS4, PS5, or Stadia by heading over to the official site.