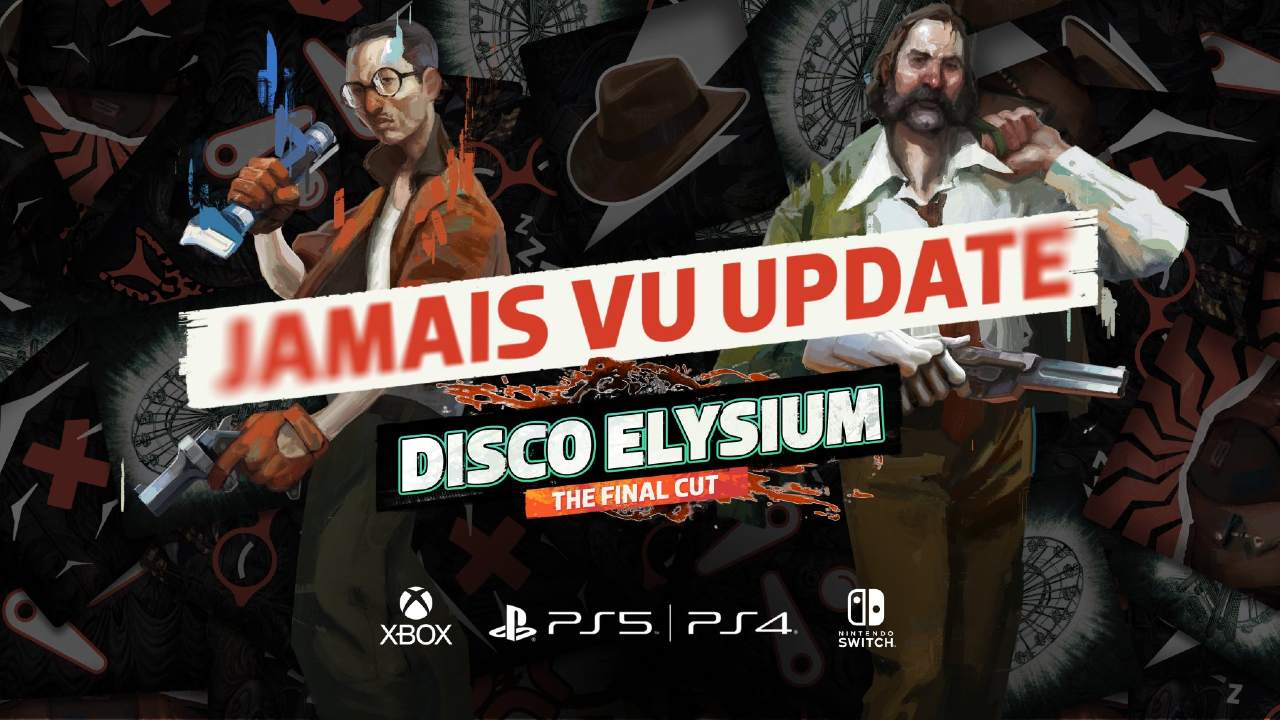 Earlier today, Disco Elysium – The Final Cut Jamais Vu update is now available for PlayStation, Xbox, and Switch. In this new patch, players will get a lot of quality of life updates, and even some new content.

In classic Disco Elysium fashion, developers ZA/UM were a little vague regarding the actual new content that is to be added in the Jamais Vu Update, as they provided fans the following explanation – as well as an image depicting the new achievements – about it on their website.

We’re in the business of mysteries here at ZA/UM and so to celebrate the new year and thank you for a HARDCORE 2021we’ve just added some new ones to Disco Elysium – The Final Cut. We’re calling this the Jamais Vu Update.

To discover what we’ve done we encourage you to play strangely and thoroughly. You’ll have to do your best sleuthing or get chatting to your fellow players to figure it all out.

– We’ll give you a few clues to get you on your way. It is the season of giving, after all.

– Perhaps it’s worth stopping a while to admire the scenery

– The cold coastal waters are known to wash up the lost

The award-winning Disco Elysium: The Final Cut is out now on Nintendo Switch, Xbox One, Xbox Series X|S, PS4, PS5, and PC.