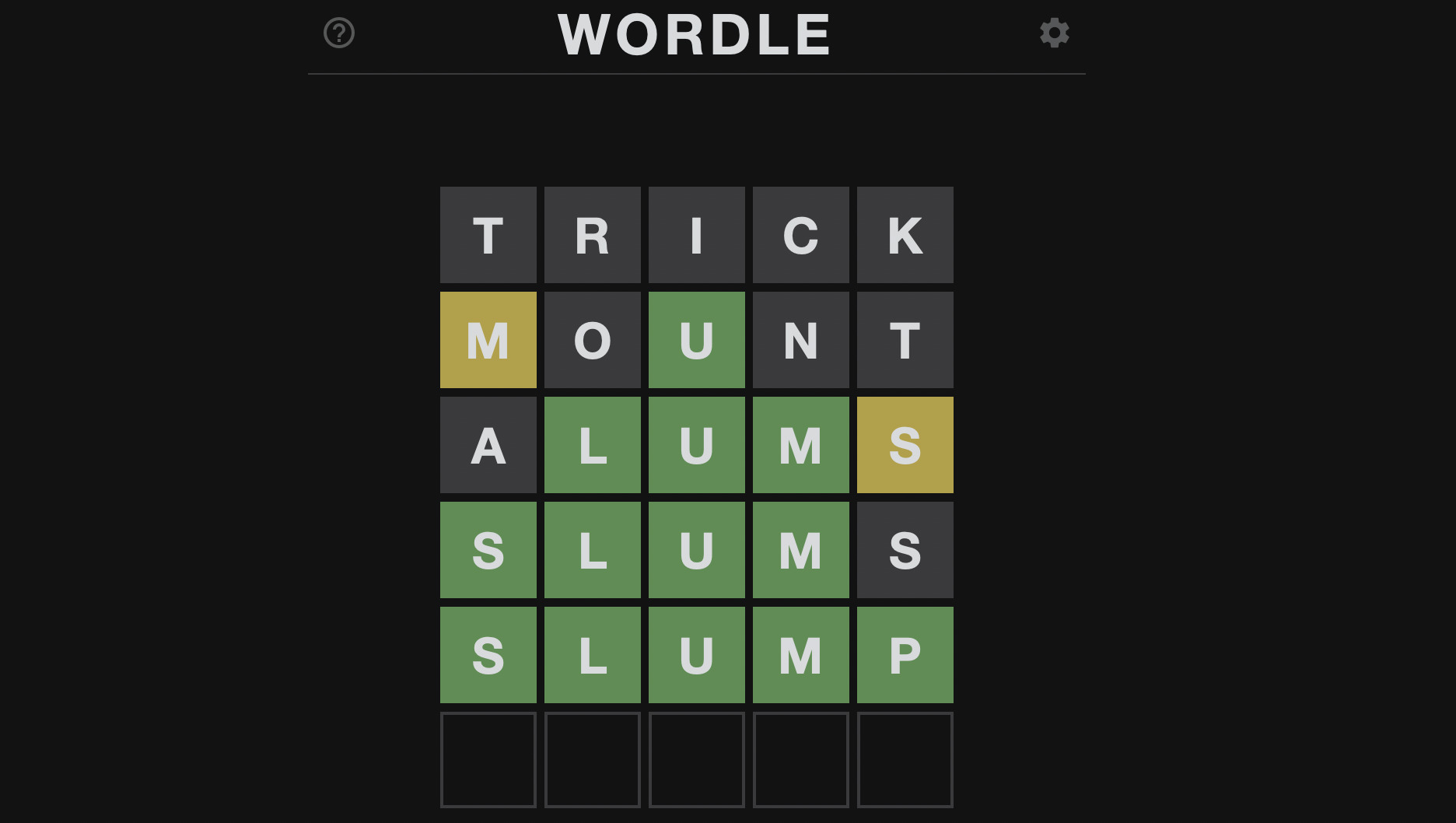 Announced today, the New York Times Company has bought current word game sensation Wordle for “in the low seven figures.” The acquisition comes along with the hopes to “increase digital subscriptions to 10 million by 2025.”

Wordle is a browser-based word game where players are given six chances to solve a 5-letter word. You’ve certainly seen the endless Tweets of green and black squares as people show off their daily Wordle victories.

The article by the New York Times describes the changes in Wordle player counts:

It first appeared on a no-frills, ad-free website in October, and had 90 users on Nov. 1. That number grew to 300,000 by the middle of this month, and now millions play the game daily.

It is entirely unknown how this will conflict with a promise made earlier this month by creator Josh Wardle to keep the game free and without ads.

The full quote (as quoted from the BBC) reads:

I am a bit suspicious of mobile apps that demand your attention and send you push notifications to get more of your attention,” he said. I like the idea of doing the opposite of that – what about a game that deliberately doesn’t want much of your attention? Wordle is very simple and you can play it in three minutes, and that is all you get.
“There are also no ads and I am not doing anything with your data, and that is also quite deliberate.

The New York Times article didn’t mention the future they have planned for Wordle, but the article certainly mentions it alongside the famous New York Times Crossword. We’ll be sure to keep you up to date on any changes.

What do you think this will mean for Wordle as we know it? How will it change? Let us know what you think in the comments below.