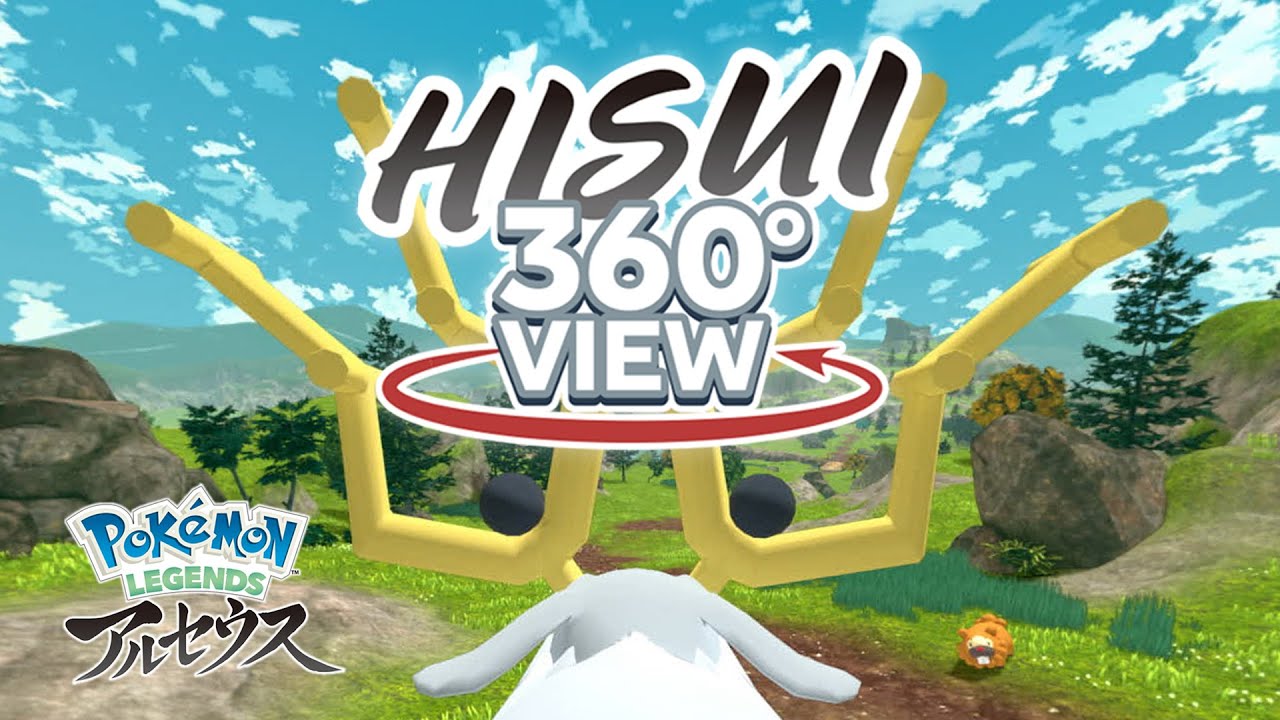 Japan’s official Pokemon Youtube channel has released a new video in which you can view the Hisui region from the upcoming Pokemon Legends: Arceus in an interactive 360° way.

The video is from a first-person perspective and starts with the trainer running along a path before he hops on a Wyrdeer. As he rides on the Pokemon, you can move the camera around with your mouse to see some Bidoof, Starly, Shinx, and the geography of the area.

When the trainer and his Wrydeer approach a cliff, it changes to him soaring with his Hisuian Braviary in the air like a paraglider. As they fly alongside a river, you can continue to move the camera around to see farther in the distance. There are additional Pokemon you can spot among the trees and mountains.

As the Hisuian Braviary doubles back across the river, it dives into the water, and the trainer is now riding his Basculegion on the surface. Once more, you can move the camera around to get a better view of what’s around. The video ends back on the Wyrdeer on land.

This is the first time we’re seeing the Hisui region this in-depth, especially in a semi-explorable way. Though we can’t control where the trainer moves, we are free to look in any direction with the camera to get a good look at the surroundings in this area.

You can view and interact with the 360° Hisui video below.

Pokemon Legends: Arceus releases next week on Jan. 28 for the Nintendo Switch. If you liked what you saw in the 360° interactive video of the Hisui region, you can watch a 13-minute long gameplay preview right here.