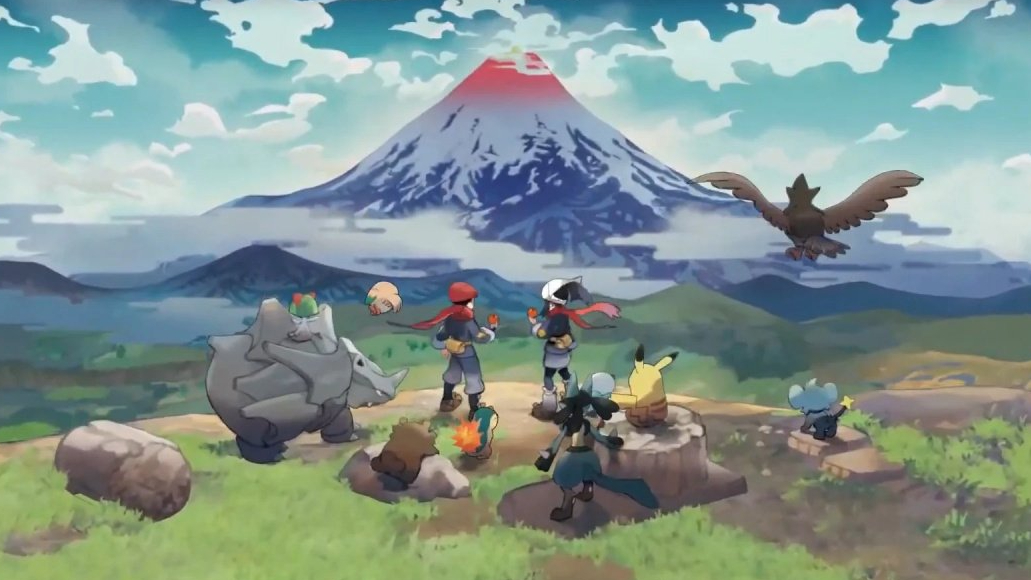 This morning, the Pokemon Company posted a 13-minute long gameplay preview for the upcoming Pokemon Legends: Arceus, which releases in just two weeks. In this trailer, we see a deep dive into all of the gameplay features we can expect in the game.

The trailer starts off with an overview of the Hisui region. We are reminded of its history and how the land would someday become Sinnoh, the region of Pokemon Brilliant Diamond and Shining Pearl. Mt. Coronet is shown as well as the diversity of the areas surrounding it; one example shown is the Obsidian Fieldlands.

We then see some gameplay of how materials can be collected throughout the region in order to craft helpful items like lures, smoke bombs, Poke Balls, and potions. Your Pokemon can be called upon to help scavenge for materials.

The time of day and weather can affect which wild Pokemon appear in different areas. The Pokemon you encounter may also have different personality types; they may be so timid they run away when you approach, or they may be so aggressive they will attack. It’ll be up to you to decide whether to sneak up on them to capture them or engage with them in battle.

Since the Hisui region is so large, you’ll be able to call upon special Pokemon like Wyndeer and Hisuian Braviary to ride them as a much faster means of transportation.

The gameplay trailer then explains to us how players can complete research tasks in order to increase their ranks. In Jubilife Village, which is the home base for prepping for expeditions, you’ll be able to customize your character, engage in the online trading post, and take on missions and requests.

Missions will be used to advance the story, while requests are given by NPCs as smaller tasks for rewards.

Finally, the gameplay trailer goes over how battles will work in Pokemon Legends: Arceus. It’s a bit different than in previous Pokemon games. You can choose to attack using either Strong Style or Agile Style moves.

Strong Style moves are more powerful but may delay your next turn. Agile Style moves raise your Pokemon’s speed but may lower the attack power. Each battle will require strategy in order to take down Alpha and frenzied Noble Pokemon.

Pokemon Legends: Arceus releases later this month on Jan. 28 for the Nintendo Switch. You can watch the full 13-minute gameplay preview trailer below.