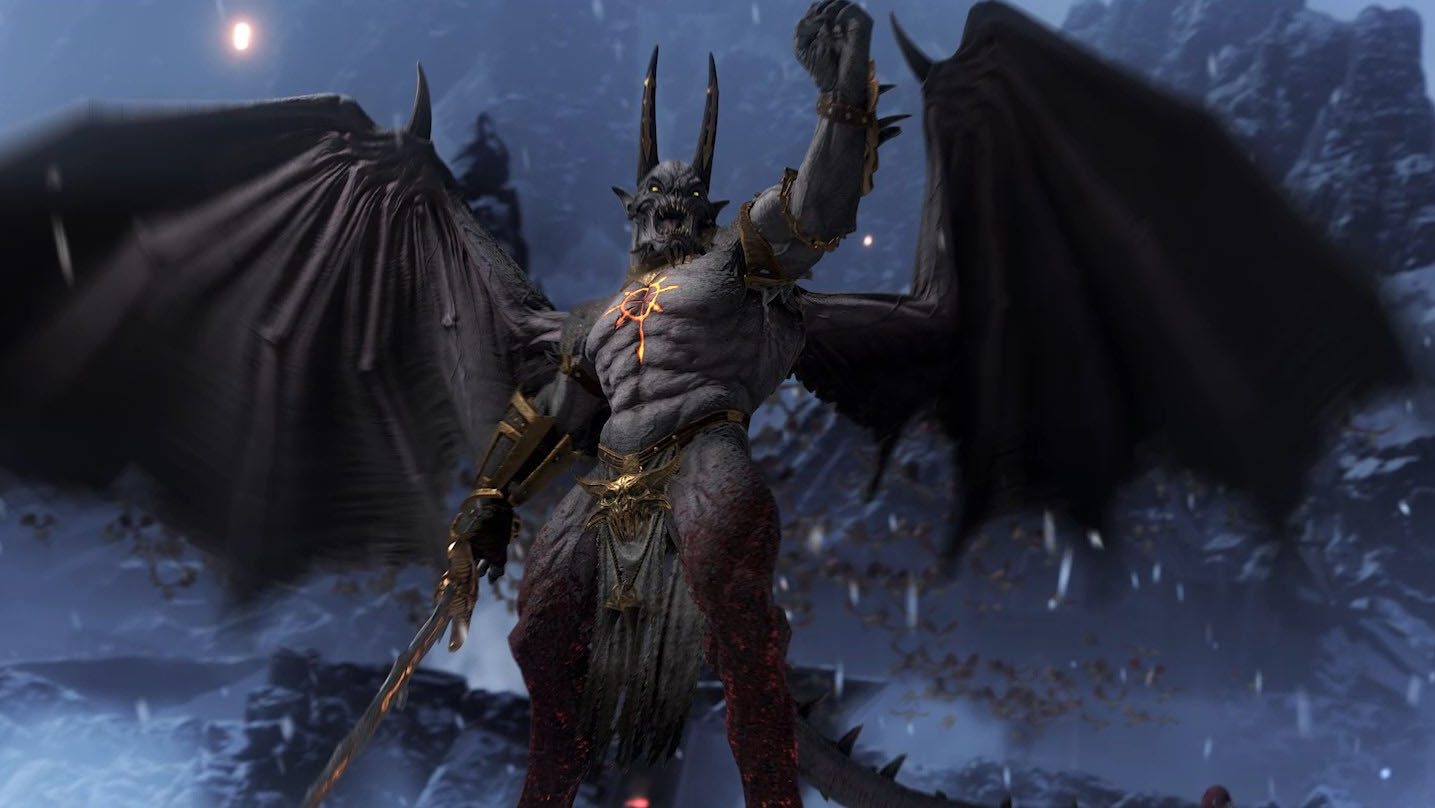 While we knew that the game would let players choose between the four Chaos gods, another faction has been revealed, the undivided Daemons of Chaos.

The new legendary lord that comes with it is a Daemon Prince able to recruit units from all Chaos Faction and featuring extreme customizability thanks to the Daemonic Glory mechanic.

This allows players to unlock body parts that not only provide powers granted by the fickle gods of Chaos, but also change the looks of the Daemon Prince radically.

The Ascension mechanic lets the prince ultimately choose between the Chaos Gods or stick with the undivided route, remaining champion of all.

If you want to see more, you can watch a video showing the campaign, a trailer focusing on Slaanesh, another gameplay trailer showing a battle between Slaanesh and Nurgle, another featuring the Ogre kingdoms vs. Khorne, one focusing on battle improvements, one showing more battle gameplay, and a video on siege mechanics.