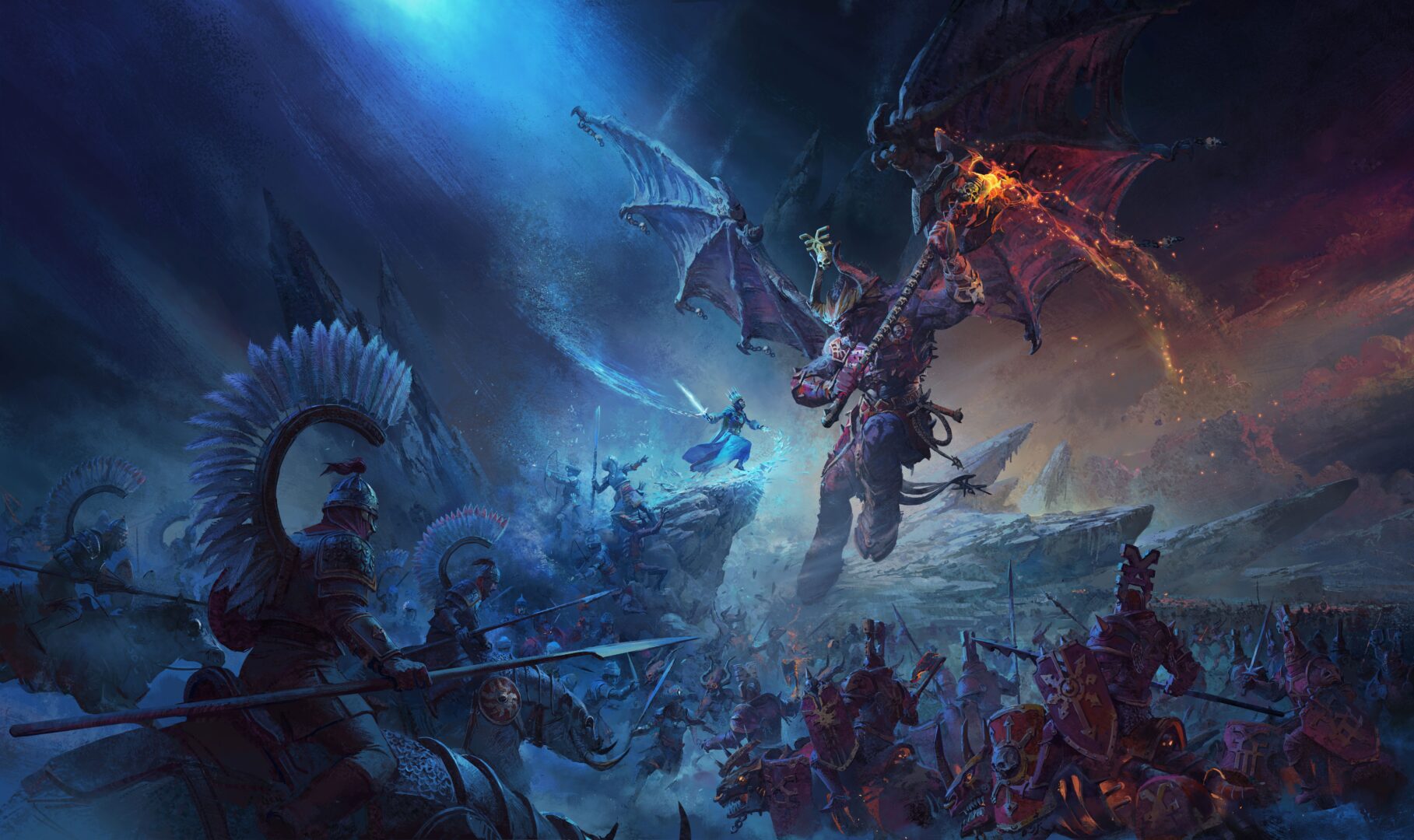 Total War: Warhammer III is finally getting close to its release, the likely crowning jewel to the trilogy that debuted in 2016.

Yet, this game goes way beyond the borders reached by its predecessors by expanding the classic Warhammer lore considerably.

The addition of Kislev and Grand Cathay gives life to factions that were pretty much overlooked in the tabletop wargame. While Kislev had been touched upon rather superficially in various ways, you have to go back decades to find decent references for Cathay.

Yet, Creative Assembly woke up Games Workshop’s loremasters from their Age of Sigmar-induced lethargy, enticing them to expand on the world that they had previously discarded.

And what an expansion it is. Both Factions bring considerable flavor to the table (in the case of Grand Cathay, perhaps also thanks to the recent Total War: Three Kingdoms), and the game would likely be worth playing just for them.

Yet, it also brings a large extension of the Chaos roster compared to the previous games of the series, not only by letting players pledge their destiny to each of the four Chaos gods, but also by dedicating an entire faction to Chaos Undivided, as announced today.

Both Cathay and the undivided Daemons of Chaos faction were playable in the build that I tested last week, and both factions are the perfect example of the asymmetric setup that the Total War: Warhammer series has embraced.

They have extremely unique features that can make their playthrough highly diversified, and it takes guts to make a strategy game like this.

If you look at most strategy games out there, their factions are nearly identical. They may have unique traits and units, but in Total War Warhammer III, factions have wholly unique mechanics. I can’t even imagine what a balancing nightmare this must be for the developers.

The Daemons of Chaos are particularly interesting due to the level of customizability they offer. Not only can you pick and choose among the units of the four Chaos gods, but you can even customize your own Demon Prince with body parts and powers unlocked as you progress. This mechanic takes me back to the good old days where I converted my own miniatures, assembling pieces from various kits and integrating them with Milliput and green stuff.

The visuals of the game also went through a considerable overhaul, with a campaign map that feels even more colorful, varied, and fantastical, and battle maps that truly bring the Warhammer World to life, especially in sieges, which were a bit of a weak point in previous games of the series.

The handful of sieges I played felt a lot less formulaic than in Warhammer II, bringing forth a similar feeling to the excellent Grand Campaign Custom Maps mod that has been almost a must for me in the previous game. I don’t know if we’ll have a similar level of variety, but at the very least the feeling that breaching the walls is just the beginning of the battle is there.

It may be a small detail, but it feels like towers are a bit less overpowered this time around, which is great. In the previous two games, they felt like someone had placed a modern cruiser on top of the walls, and trained a full array of devastating Phalanx cannons on your troops trying to approach. In the build I tried they felt useful, but they didn’t lay waste to whole armies on their own.

Yet, perhaps the most meaningful innovation is the expansion of diplomacy, which has been a thorn in the side of Total War Games until Creative assembly finally realized it needed a big overhaul with Three Kingdoms.

Especially the ability to threaten opponents (It’s called Warhammer, after all) and to trade regions adds a lot of cards to the player’s diplomatic hand. We’ll have to see how all these new features will be used by the AI in the long run, but their presence is a potential Godsend.

The campaign feels interesting, and it’s based on a rather original premise (I won’t spoil it here) even if it remains to be seen whether it’ll survive the release of the new Mortal Empires, which will join all three games in a massive grand strategy representation of the Warhammer world. When I played TWW2, I pretty much forgot about its Vortex campaign after Mortal Empires came, and I honestly don’t see it going any differently here, but I do believe that the campaign included out of the box will manage to keep me well entertained until then.

That being said, the base campaign map is already very big, going from Cathay in the east to Marienburg and perhaps even a bit further in the west. It may be missing Lustria, Ulthuan, the Southlands, and so forth, but there is already a lot of ground to cover and conquer.

While Games Workshop will likely never openly admit that they have made a massive and reckless mistake by replacing the old, beloved fantasy Warhammer with the divisive Age of Sigmar (you can feel free to read “divisive” as an entirely diplomatic term. Ed would likely censor me if I said how I really feel), the success of Total War: Warhammer has proved beyond any reasonable doubt that its old Warhammer world is still alive and well, and has plenty of room for expansion.

Considering what I’ve played so far, Total War: Warhammer III feels like the culmination of the IP, and of an epic six-year-long journey to bring back – successfully – what was lost. Having grown up with Warhammer since the early age of 8, this makes me smile.