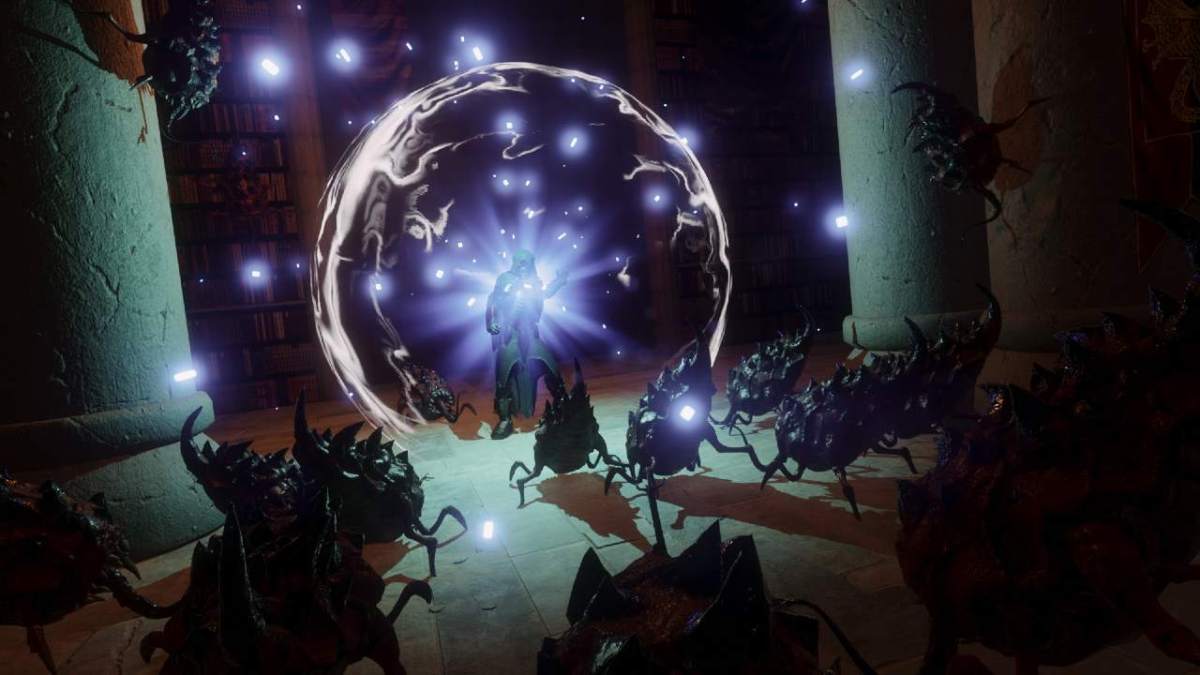 Earlier today, OnceLost Games revealed a brand new trailer for their upcoming open-world RPG, The Wayward Realms. In the trailer, a narrator speaks of a mysterious lullaby that details the events of the past, present, and future for the game’s world.

You can check out A Lullaby for yourself down below.

The video’s description provided the following detail, which includes the narration you hear in it written out in the form of a poem.

A lullaby? A prophecy? A warning? Your journey through the The Wayward Realms will not only take you across a vast and varied landscape, but below it as well. This is just a small tease of the dangers you will face in the deepest and darkest places on the Archipelago, where, not only fortune, but forgotten knowledge awaits to be discovered. Can you solve the mysteries of this lullaby? One thing is certain, those who are lulled to sleep by these harrowing words, never slumber with both eyes closed.

Hush your candy-striped lips, for night time comes,
The soft beat of starlings echo like distant drums.
Breathe more still, close your empty, heavy eyes,
Even the stars above are but half-remembered lies.
Sleep fool child, and while you sleep, waken,
And see the world that has been taken.
Once swamps return to goblin ken,
Once seven return to ten,
When Sidh’s towers and stores,
Stone tremble to Sarkanic roars,
When the spirit blooms in Tyre,
When Daelle bathes in fire,
All truth and knowledge known unlearn,
Once lost and wayward dreams return.

Originally announced back in August 2021, The Wayward Realms is a brand new open-world RPG from Ted Peterson and Julian LeFay, lead developers of Elder Scrolls Arena and Daggerfall. While not too much is known about the game currently, fans are excited regarding the prospect of getting a new game from key developers that were responsible for The Edler Scrolls series.

There is no release date set for The Wayward Realms at this time, though it has been stated to at least be “several years way.”