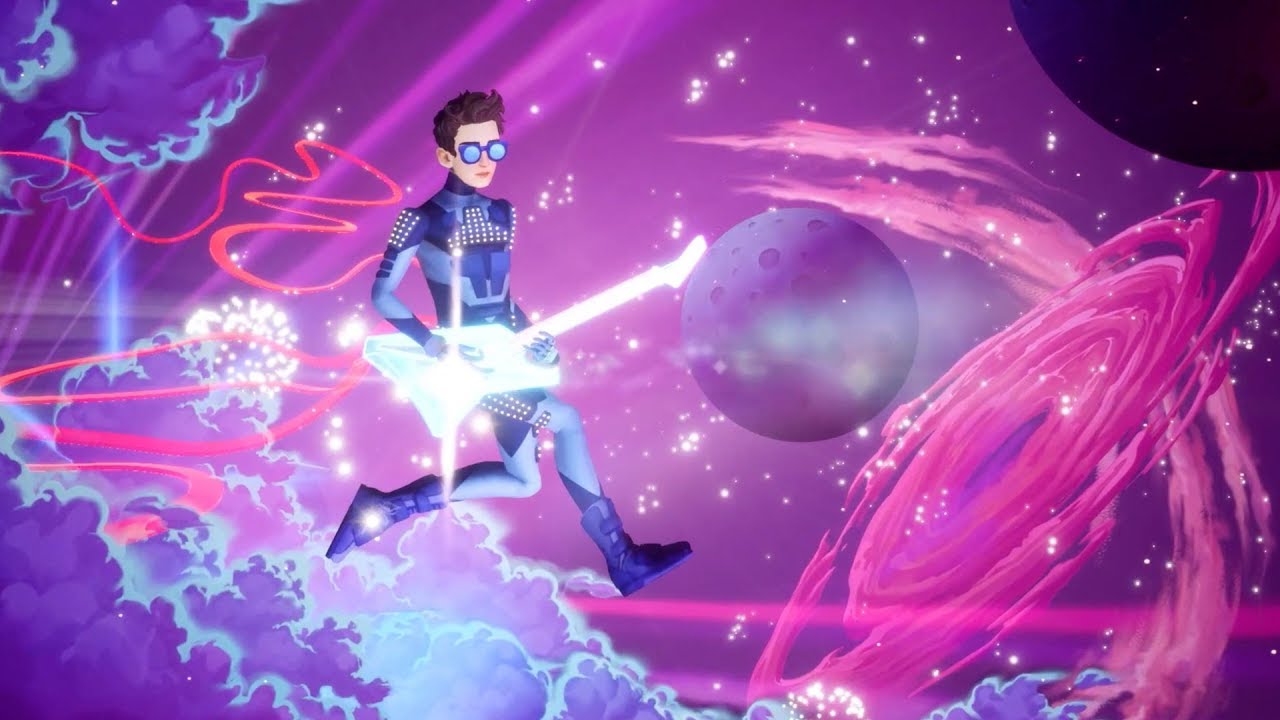 Earlier today, developer Beethoven and Dinosaur and publisher Annapurna Interactive announced that its psychedelic jam-’em-up adventure, The Artful Escape, will be officially coming to PS5, PS4, and Nintendo Switch on Jan. 25.

Accompanying the news is a rad new trailer, which you can check out for yourself down below:

First released on the Xbox One, Xbox Series X|S, and PC on Sept. 9 last year, The Artful Escape received rave reviews from gaming press thanks to its unique narrative about self-discovery, its bodacious music, and its colorful, vibrant art-style.

Boasting voice performances from Hollywood talent like The Grand Budapest Hotel’s Jason Schwartzman and The Mandalorian’s Carl Weathers, to name but a few, it’s a super creative action game where you take on the role of a teen guitar virtuoso.

For more information about The Artful Escape, here’s a general overview courtesy of the game’s official Steam page:

On the eve of his first performance, Francis Vendetti struggles with the legacy of a dead folk legend and the cosmic wanderings of his own imagination.

In an attempt to escape the musical legacy of his uncle, a teenage guitar prodigy embarks on a psychedelic journey to inspire his new stage persona, searching for who he isn’t in an adventure spanning stolen opera houses, melodic alien landscapes, and the impossible depths of the Cosmic Extraordinary.

KEY FEATURES:
* A story about great expectations, towering legacies, aliens, folk music, guitar solos, making stuff up, and living your dreams like memories.
* Musical jams. They’re visceral. They traverse dimensions.
* Craft your own stage persona from the sci-fi beginnings of your backstory to the trim on your moonboots.
* Converse, consult and chill with all manner of beings: disenchanted publicans, nostalgic villagers, lumbering alien wildlife, and reality-defying behemoths.
* Shred, soar and dance across the multiverse. Traverse landscapes made of sound — composed by your movement — as if the world itself were an instrument.

The Artful Escape is scheduled to launch on PS5, PS4, and Nintendo Switch on Jan. 25.