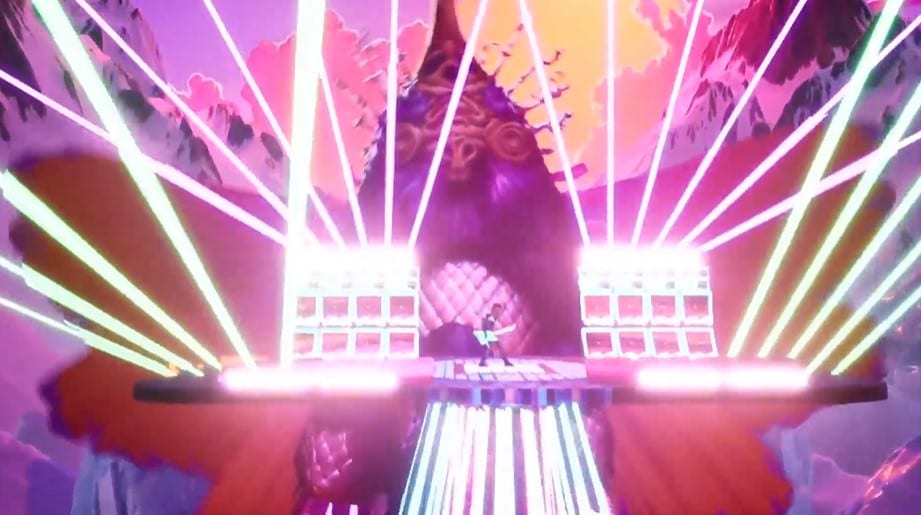 It’s been a few years since The Artful Escape was announced at E3 back in 2017. But today during Day of the Devs we got a look at some brand new gameplay details.

In the first trailer that revealed the game three years ago featured a poster and this trailer built on the previous ones by reiterating the story. The main character, Francis Vendetti goes off on an adventure to find his own stage persona and step out of his uncle’s shadow.

The Artful Escape’s designer, Johnny Galvatron, described Francis’ uncle Johnson as that universe’s Bob Dylan. That would be quite the sizable shadow to escape from.

We also saw a bunch of new details about how the gameplay works. As Francis explores the Cosmic Extrodinary, he can use his guitar to extend his jumps and interact with the world. It makes for some truly beautiful and mind-blowing spectacles as Francis looks to find his place in the world.

You can check out the full official trailer for The Artful Escape below.

It’ll be interesting to see all the situations this mechanic can be used in this highly artistic adventure game. If you want to check out all the other reveals you can find the full Day of the Devs stream below.