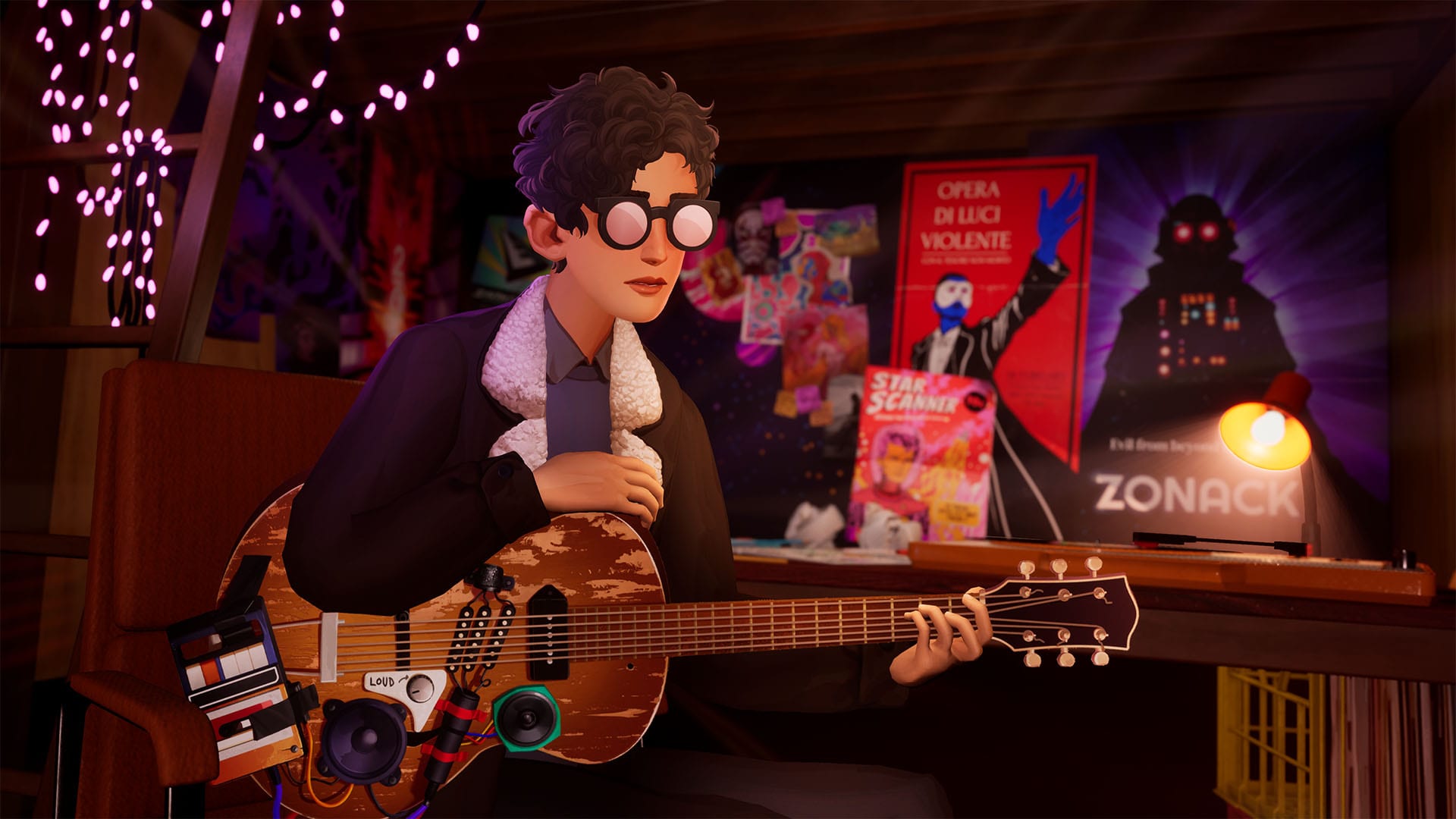 Annapurna Interactive has revealed The Artful Escape during X019’s Inside Xbox live event. A trailer gives us our first glimpse at the game’s vibrant aesthetic and what would appear to be a zany gameplay experience.

There wasn’t any accompanying information provided with the trailer, so details are very scant at the moment. The game’s website does provide us with the following overview, though:

“On the eve of his first performance, Francis Vendetti battles with the legacy of a dead folk legend and the cosmic wanderings of his own imagination. Francis, a teenage guitar prodigy, sets out on a psychedelic, multidimensional journey to inspire his stage persona.”

“In the game, players will traverse majestic landscapes made of sound, triggered by their movements, as if the world itself were an instrument.

Players will experience close encounters of the third kind-style musical jams, endless possibilities for custom on-stage personas, conversations with all manners of being from disenchanted publicans to lumbering alien wildlife, as well as the ability to walk, run, double jump, airwalk, light cannon, trip and dance across the multiverse.”

You can feast your eyes on the visual treat below that is The Artful Escape’s first trailer.

The Artful Escape comes to Xbox and Apple Arcade in 2020.