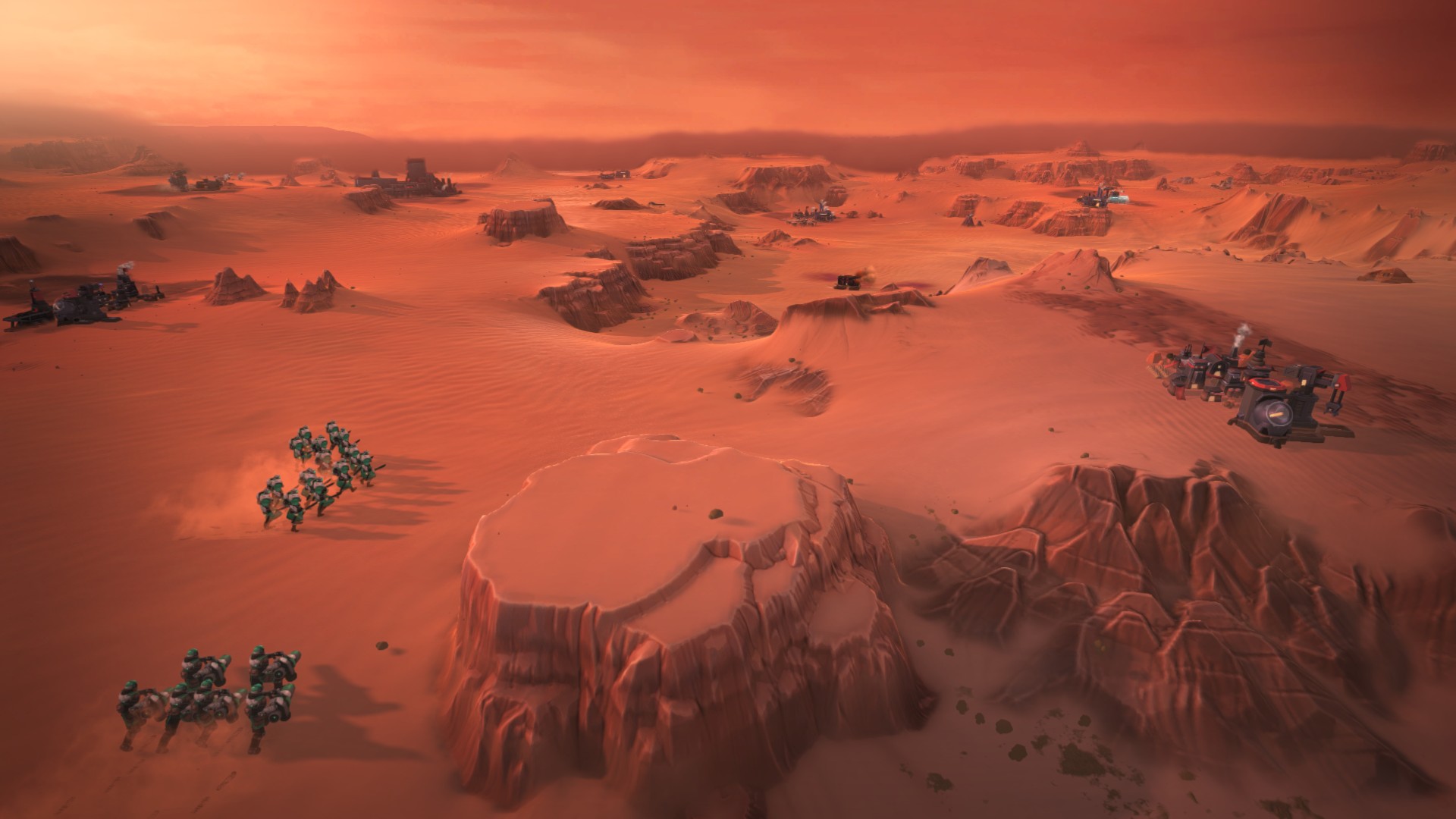 At The Game Awards 2021, one of the surprise announcements was that of Dune: Spice Wars, a Shiro Games joint published by Funcom that would bring the whole 4X experience into the Dune universe with real-time strategy elements. With the RTS and 4X genres being ones of depth and storied legacy, the game has lots to live up to. A new Steam FAQ for Dune: Spice Wars has provided some new details about the game, and it seems like a good start.

Perhaps more important for players to note is that Shiro Games view their creation as a hybrid, a real-time experience at a slower pace.

As expected, Dune: Spice Wars will have “exploration, territory control, economic growth, combat, politics and spying, features that make it a true 4X game but do not detract from the core RTS experience that players would expect.” There is also base building at your faction’s base of operation, although there are no manual placement.

How that would translate into gameplay remains to be seen, as a typical RTS game could be over in 10 to 20 minutes, while a 4X match could easily last for days. The balance between the two will have to be a delicate one if Shiro Games is looking to satisfy fans of either genre.

Early access for Dune: Spice Wars will see a total of five playable factions. House Atreides and House Harkonnen have already been revealed, and two more will follow at launch. A fifth faction will then join the fray during Early Access.

With PvE being the main offering at launch, as well as a campaign and multiplayer matches to look forward to, Dune: Spice Wars is shaping up nicely for now. For fans of the distinct art and an interesting hybrid experience, the game is set to head into Early Access sometime later in the year.