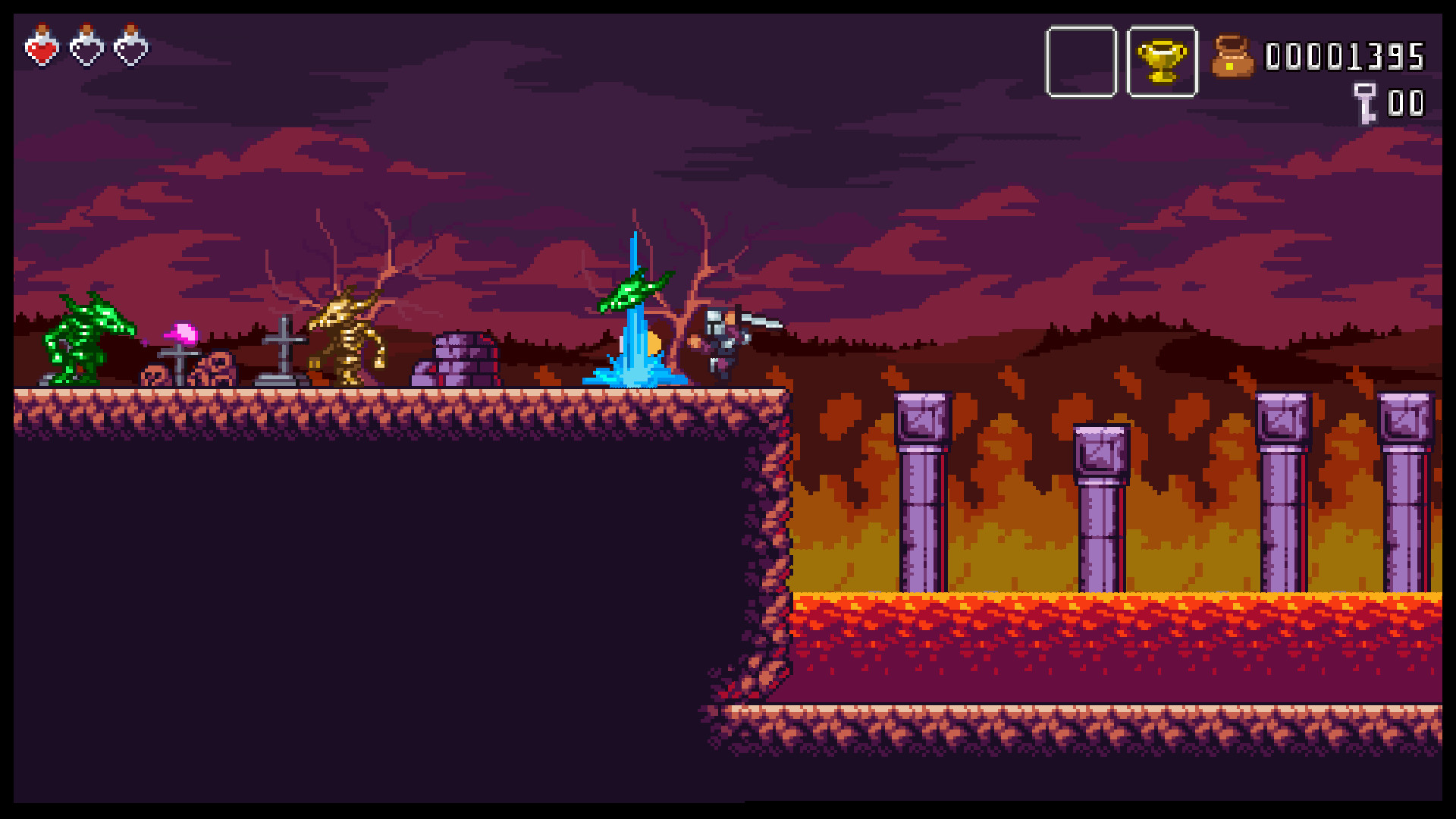 Today, developer SEEP and publisher RedDeerGames announced that their retro platformer, Swords & Bones, will be coming to Nintendo Switch in the future.

Unfortunately, no concrete release date has been given at this time. We did, however, get a new announcement trailer, which you can check out down below:

Originally released on PC back in March last year, Swords & Bones is clearly a nostalgia play for those of you who’re hankering for a 16-bit 2D action-adventure experience with some light RPG elements thrown in for good measure.

Boasting classic pixel-art, a multitude of pesky monsters and bosses, a bunch of magic spells, two potential endings, and a chirpy chiptune soundtrack, Swords & Bones is a throwback experience akin to Shovel Knight and The Messenger.

For more information about Swords & Bones, here’s a general overview courtesy of SEEP:

When you feel the shivers under the word “vintage” and the image of your beloved 16-bit console appears in your mind, this is a message that will surely please you.

Packed with crazy action, the dark adventure of Swords & Bones is coming to consoles and will make your heart beat faster!

Swords & Bones inherits the spirit of the great 16-bit classics from the 80s and 90s, enriching the game experience with modern mechanics! Undead hordes and demons await you in this epic adventure!

Fight through scenarios filled to the brim with monsters, skeletons, and traps.
Earn coins to buy power-ups, and collect every Heroes’ Trophy to obtain an extra challenge.
Face a compelling adventure in a dark-tinted fantasy setting, inspired by timeless classics as Ghosts ‘n Goblins and Castlevania!

– Power up your hero collecting coins!

– An epic and dark chiptune soundtrack!