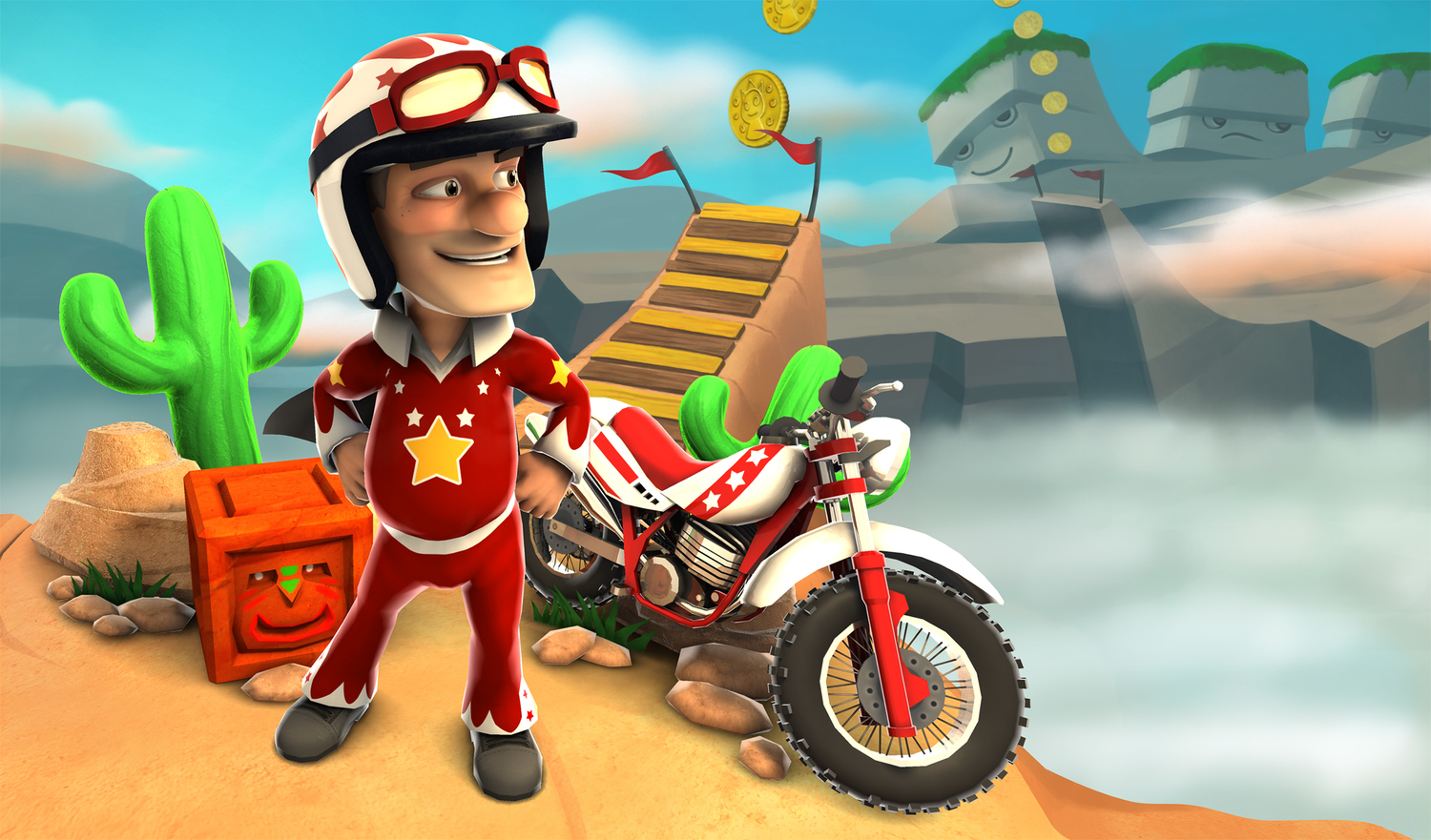 Even though Hello Games is most well known for its planet-hopping sci-fi adventure game, No Man’s Sky, the UK-based studio’s arcade race-’em-up, Joe Danger, was in fact the team’s debut. And today, the side-scrolling racing platformer has received a shiny, new remaster on iOS devices.

The news comes by way of a tweet from Sean Murray – the managing director of the developer – over on Twitter. Check it out down below:

Having originally released on PlayStation 3 back in 2010, Joe Danger is a bit of a blast from the past, and boasts some good ol’ fashioned pick-up-and-play arcade gameplay. You play the role of the titular motorbike stuntman, Joe Danger, as you perform fancy stunts and race your way through a variety of 2.5D courses as fast as you can.

Obviously, you’ll have to avoid a bunch of spike traps and watch out for any nasty obstacles on your travels. Long story short, its arcade gameplay lends itself well to the mobile platform.

If you’re interested in picking up the remaster of Joe Danger on iOS, it’s currently $1.99 on the App Store right now.

For more information about the game, here’s a general overview courtesy of Hello Games:

– And much, much more including localisation updates