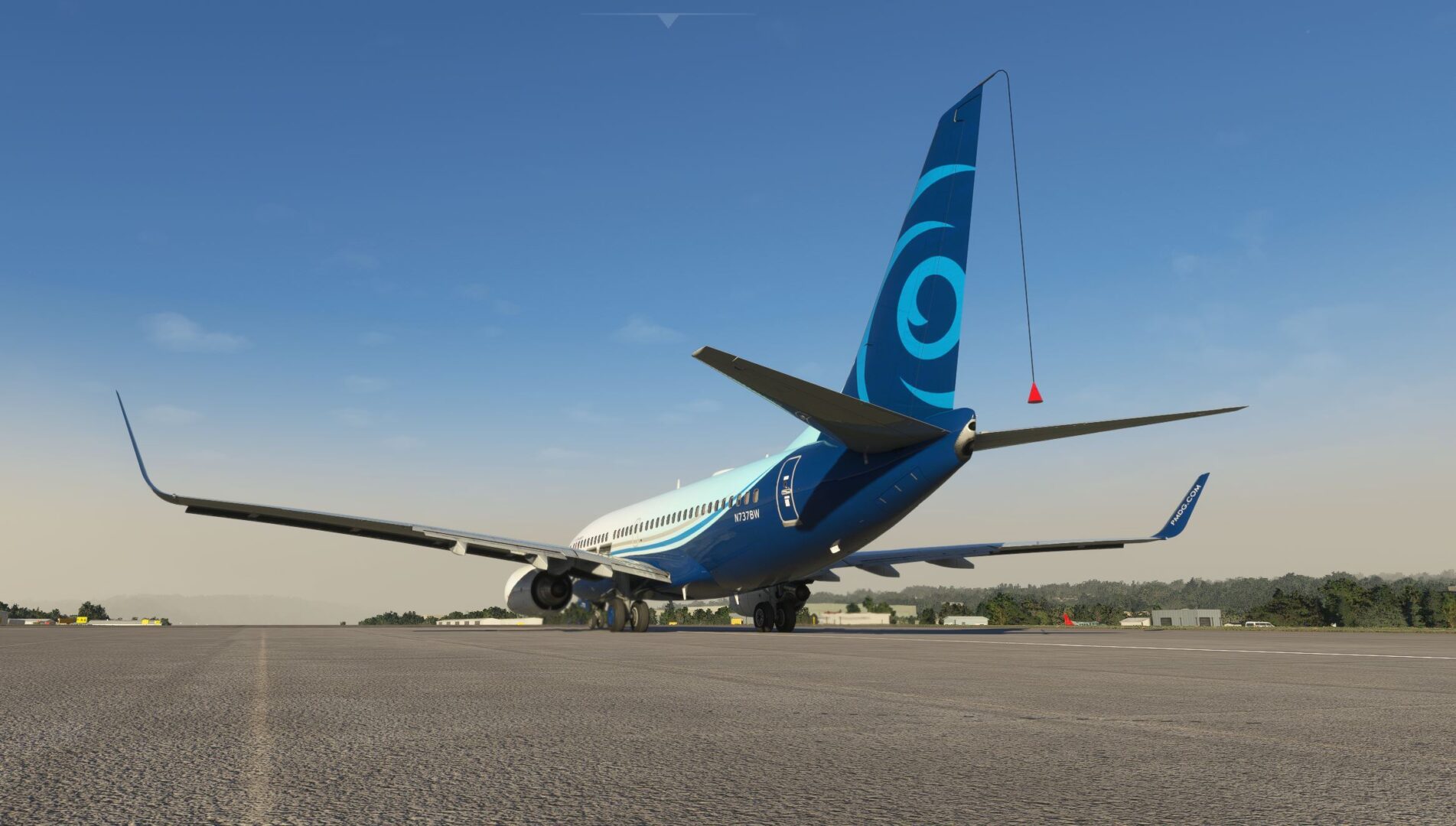 Unfortunately, progress has been hindered by an unspecified (at least publicly) issue at the platform level that required input from MSFS’s developer Asobo. Apparently, said input has come, and CEO Robert Randazzo announced today that the aircraft is about to move into beta testing toward its eventual release.

You can read the full announcement below, and check out the new screenshot that accompanied it.

We have some good news rolling around the halls of PMDG this weekend, and it is best described by an unusual detail in this capture from some of our work this afternoon:

That red cone has long been present in the background of various test flight images and video of new aircraft types. It provides a measurement for static pressure in order to facilitate verification and (if needed) of the engineer’s predicted values for static pressure used for such things as the air data system on the airplane.

Back in 2011, we added this feature to the 737NGX at the request of a friend of ours who worked in Test Flight at Boeing, and we have had it aboard every PMDG Boeing airplane since. It is a silly thing, really, but it makes for some fun that you can turn on/off from within the options feature set that we include with the airplane when it ships to you.

I have traditionally left it visible (along with the test vane plugs in the forward windows that are part of the test flight kit) when we are testing a product prior to initial delivery because it gives the look of an airplane that is undergoing the serious business of testing. And serious we are, at the moment!

Thanks to some long awaited input from Asobo, we are able to report that our progress toward Beta Testing and eventually Release has been unstuck. We are currently evaluating both a transition-to-testing date and an initial release date. I’ll have quite a bit more information on the release process right around the time we actually put the airplane into testing, as there are a host of items that have been stagnant since early October that we can finally begin to evaluate fully- and I need the intervening time in order to speak intelligently about the release process.

There are still a few more bridges to cross, which is to be expected. The PMDG 737 is easily the most complicated C++ object oriented project to be brought into MSFS at this time and as we have already seen, it is possible to stumble into things that take collaboration to resolve. We have a couple of items on the worry-list, but we are just starting to get into them at this juncture so we shall know more in the coming week.

In the mean time, enjoy the week ahead! I’ll try to roll back through with some visual snacks for you as we make progress!

While a release date has not been announced yet, we already know that the first member of the 737 family to release will be the 700 version.