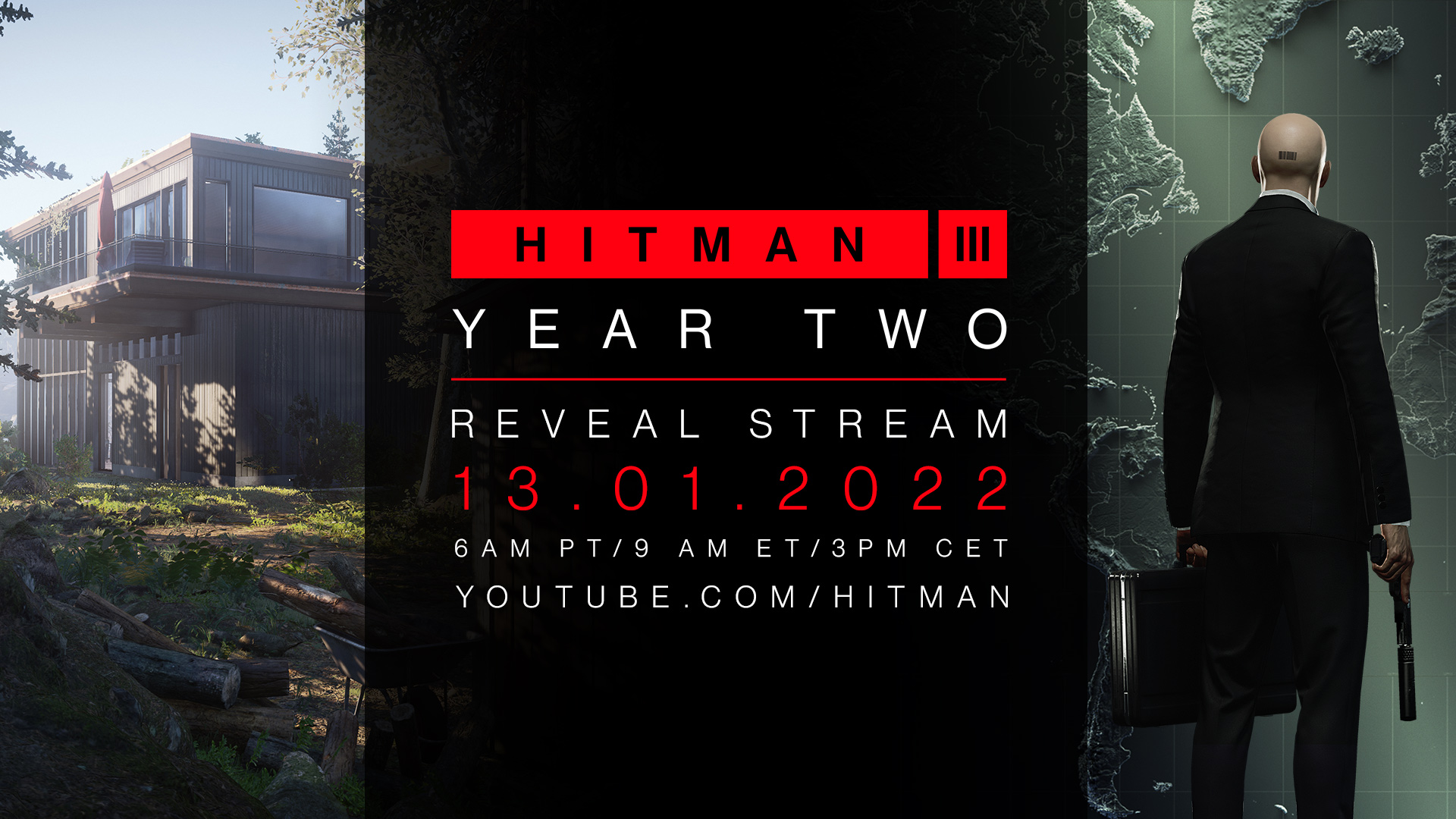 While IO Interactive has previously stated that Hitman 3 marks the end of Agent 47 in terms of new game releases, the developer is still intent on supporting the game with a robust offering of post-launch DLC. That continues throughout next year with a full schedule planned, and there’s an online event set to give us the low-down coming later this week.

Join Clemens, IOI’s Community Manager, and other developers from the Hitman team for a pre-recorded 15-minute video from our Copenhagen studio that is packed full of announcements, reveals and never-before-seen footage of new content coming to the World of Assassination in 2022.

What? HITMAN 3 – Year 2 Reveal Stream
When? January 13 at 3pm CET / 9am ET / 6am PT
Where? Right here on this page or the official Hitman YouTube channel.

Twinfinite reviewed Hitman 3 last year and was thoroughly impressed with the game, scoring it 4/5 and concluding:

“Without straying far from the successful sandbox formula, it’s an excellent final part of IO’s trilogy. While the increased freedom and level variety won’t be for everyone, Hitman 3 boasts some of the best locations and stories the series has ever seen, and there’s so much to uncover in each and every one of them.“