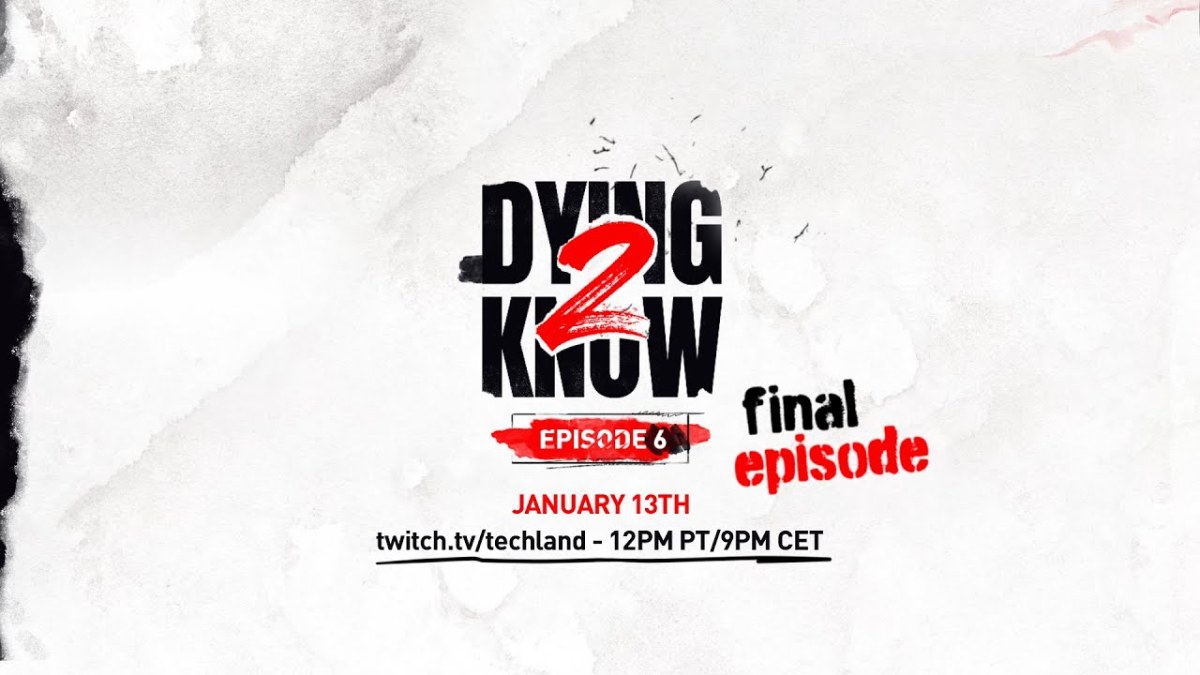 Techland’s final episode of its Dying 2 Know series of videos, which take a deep dive into different aspects of its upcoming sequel title, is set to premiere next week, Jan 13, the developer as today announced.

Throughout 2021, this behind-the-scenes web series diving deep into the world of Dying Light 2 has stunned fans with reveal after reveal, from new gameplay trailers and combat guides to cast members, music, and more. Previously, Dying 2 Know has premiered Rosario Dawson (The Mandalorian, Sin City) as Lawan, father of parkour David Belle as a key member of the development team, and much more. What surprises await in the sixth and final episode?

Dying Light 2 is a sequel title to the original 2015, which blends fluid first-person running-and-gunning with a post-apocalyptic zombie-infested open-world. Scavenging for supplies, fending off the shuffling menace and completing quests for a ragtag motley crew of survivors is the order of the day. The first game was well-received by critics and fans alike, too, and even had some pretty cool DLC support as well.