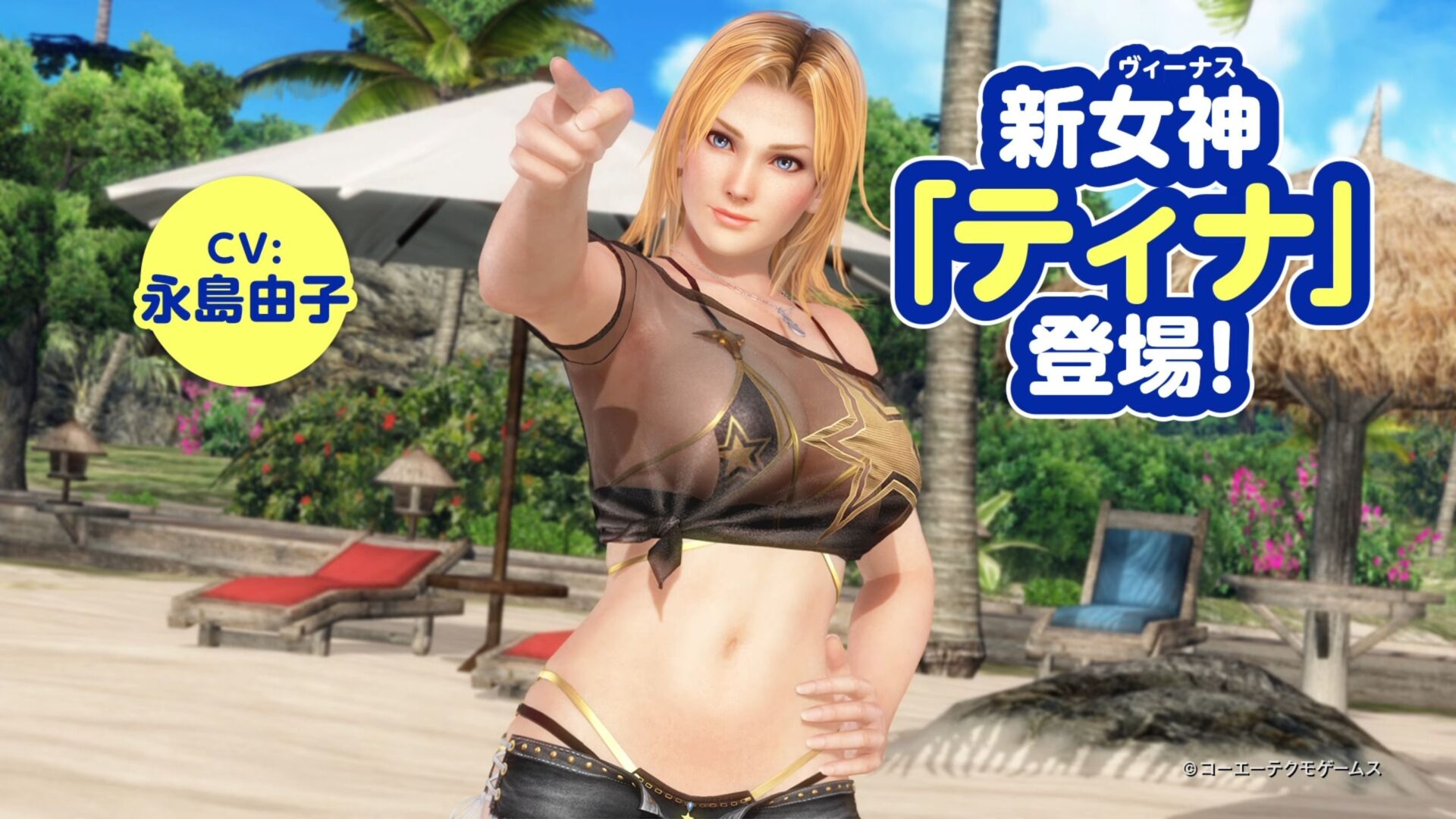 While the Dead or Alive franchise appears to be dormant on consoles, the free-to-play PC game Dead or Alive Xtreme: Venus Vacation continues to grow its roster.

Over the past few years, many new girls have been added to the game, but fans have been wondering why some of the classic heroines from the fighting games were left out. Today we learn that one of them is returning with tomorrow’s update, and it’s Tina Armstrong.

The superstar wrestler will as usual be made available with her dedicated gacha, and you can see her in action in the trailer below.

As usual, you should not expect to get her immediately (or even in the near future) unless you’re willing to pay. Her gacha will be exclusive to paid V-stones. Even if you are willing to open the wallet, the game’s terrible percentages won’t help you. The usual 1.1% SSR chance will likely be diluted down to 0.78% by a bunch of useless old SSR outfits thrown in the mix to make things unnecessarily difficult.

The good news is that her introduction will likely mean that the previous newcomer Koharu will likely become available in a free gacha soon.

It’s worth mentioning that this is only for the Japanese version of the game. Tina won’t be available for a while on the English versions of the game, which are behind in content by a year and just added Lobelia.