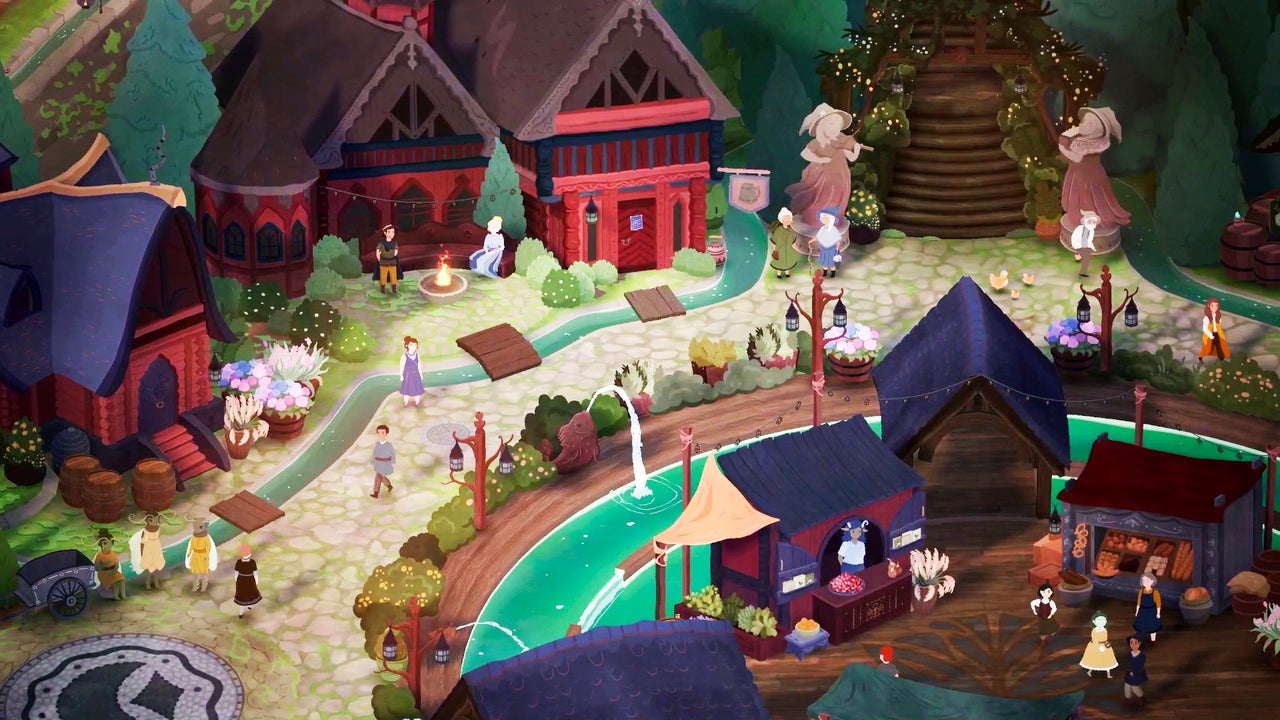 Scheduled to come to PC and consoles next year, Songs of Glimmerwick appears to be a fascinating concoction of role-playing elements, life sim mechanics and, well… gardening. Go ahead and check out the game’s announcement trailer down below:

As you can see in the footage above, the Washington-based studio has crafted an eye-catchingly gorgeous fantasy world that harkens back to young adult fiction like Harry Potter, as well as isometric farming sim RPGs like Stardew Valley.

Questing, casting spells, unlocking new skills, and unraveling a meticulously written narrative is the order of the day in Songs of Glimmerwick, and it all looks super promising. Unfortunately, no concrete release date was confirmed. Instead, a general 2023 release window was given.

For more information about Songs of Glimmerwick, here’s a general overview courtesy of a press release we received today:

Become immersed in a musical woodland fantasy world where casting a spell is as easy as playing a song. Attend classes, grow the university garden, make friends with classmates and townsfolk, and explore the island’s many oddities and mysteries in this story-driven witch academy RPG, blending adventure game and life sim mechanics.

Three years after their critically-acclaimed release Eastshade, Songs of Glimmerwick follows Eastshade Studios’ mission of creating a sense of place. Lead Designer and Artist Jaclyn Ciezadlo, and Lead Programmer Danny Weinbaum are working together to create an environment that players will enjoy spending time exploring, and invite you to the academy next year on PC and consoles. In the meantime, wishlist the game on Steam here: https://store.steampowered.com/app/1706510/Songs_of_Glimmerwick/

Tend the University Garden: Plant the mundane! Grow the arcane! Summon up clouds to bring forth the rain!

Every Song a Spell: Use the power of music to speak with the trees, enchant tools to work all by themselves, raise the earth to surmount natural impasses, and more!

Character Progression: As you gain experience in your adventures, choose from skills which will help you garden, trade, or acquire special abilities, like speaking to frogs!

Fully Voiced: Dialogue is brought to life with fantastic performances for every character major and minor.

Customizable Appearance: Choose how you look.

Extra Curricular Activities: There’s lots to do in Glimmerwick outside of classes – explore the island, try out for the mothracing team, dive for seashells, or join the Green Sprites on forest expeditions.