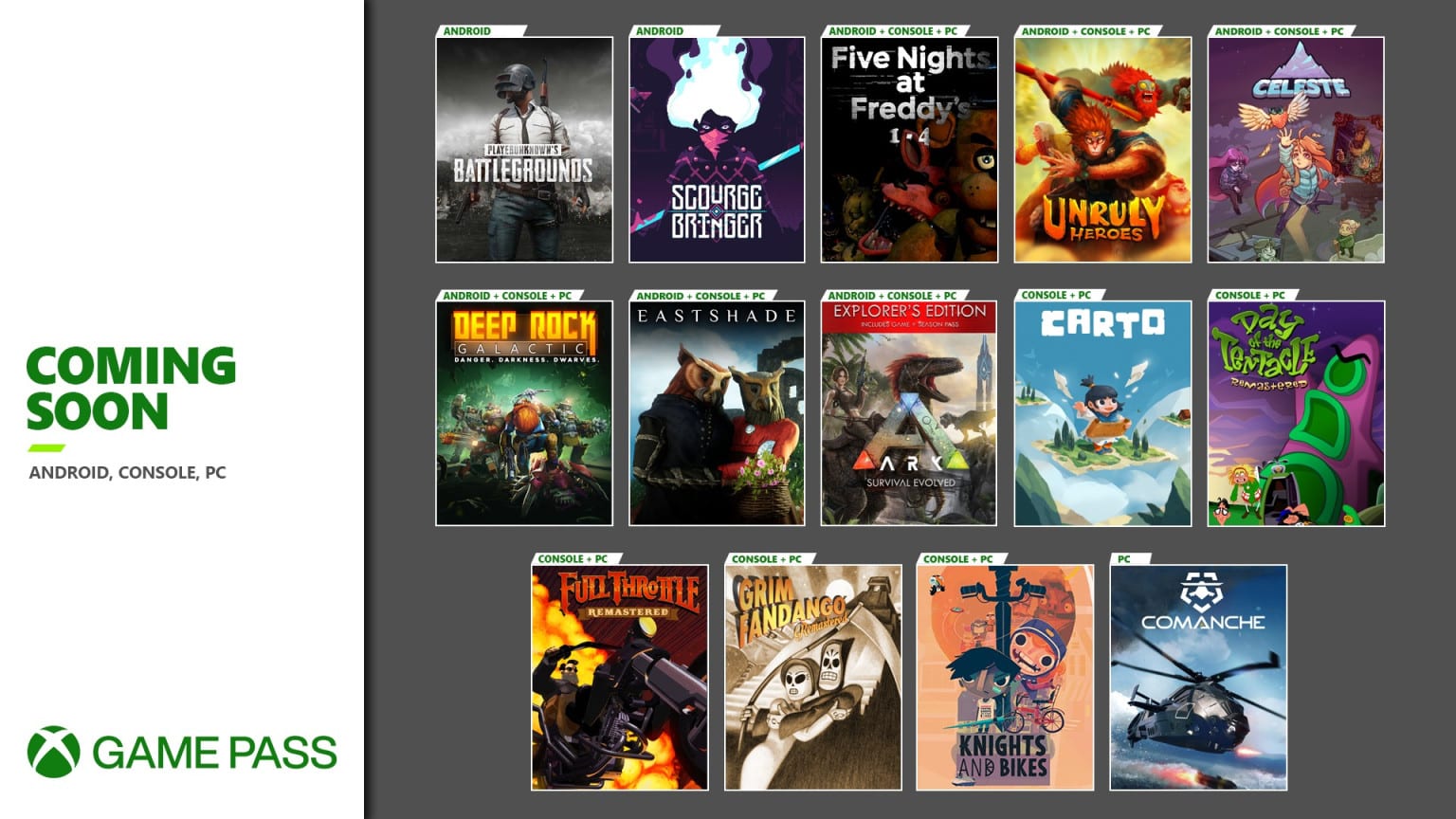 Microsoft’s Xbox Game Pass subscription service is adding a huge number of new games over the next month. In an announcement blog post today, the full list of games coming and going were revealed, as well as details new features to existing games on the service.

As you’d expect for October, there are several Halloween-appropriate titles to get you in the mood for the spooky season. But the real headline titles are the likes of battle royale game PUBG, the excellent multiplayer shooter Deep Rock Galactic, and one of 2019’s indie standouts, Celeste.

Below you’ll find all the key information within the blog post, but you can head over to the page itself for more detailed story overviews and other relevant titbits here.

For information on the last batch of games to come to Xbox Game Pass, it’s here.