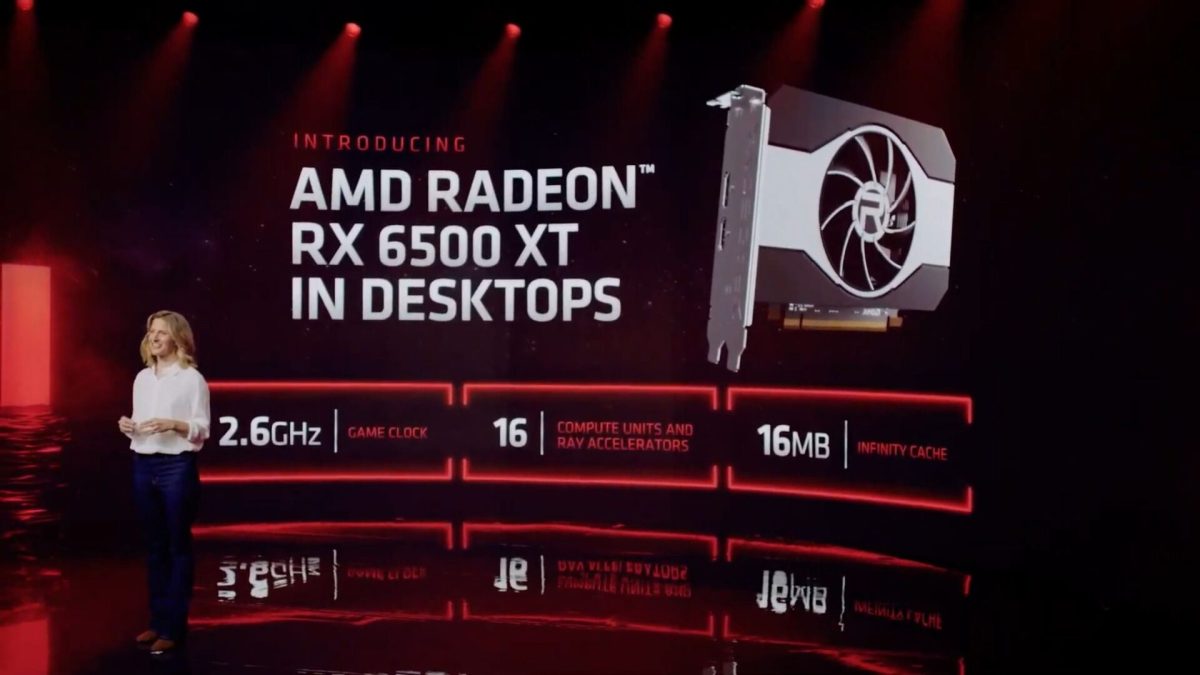 Today AMD Hosted its press conference from CES 2022 in Las Vegas, including the reveal of new CPUs and GPUs.

CEO Lisa Su started the conference by announcing that 350 million PCs have been shipped in 2021.

Next, we hear about GPUs, staying on the realm of laptops with the Radeon RX6000S series for slim models, on top of an expanded RX6000M series.

Moving on to desktops, AMD presented the low-end RX6500XT priced starting at $199 and available to January 19. It includes a 2.6Ghz game clock, 16 compute units and ray accelerators, and a 16GB Infinity cache.

Below you can see some official benchmarks.

We also hear that the next update to the AMD Adrenalyn software will bring Radeon Super Resolution to “nearly every game.”

Moving on to enthusiast desktop CPUs, Su announced the “world’s fasted gaming processor” AMD Ryzen 7 5800X3D, including a 3D V-cache, and 8 cores and 16 threads running between 3.4 and 4.5Ghz on a 105W TDP, promising a 15% faster gaming performance at 1080p over the 5900X. It’ll launch in the spring and will be compatible with AM4 motherboards.

Last, but not least, we get a tease of the Zen 4 5nm architecture, which is on track to release in the second half of 2022 with the Ryzen 7000 series and the AM5 chipset format supporting PCIE 5, DDR5, and LGA1718.