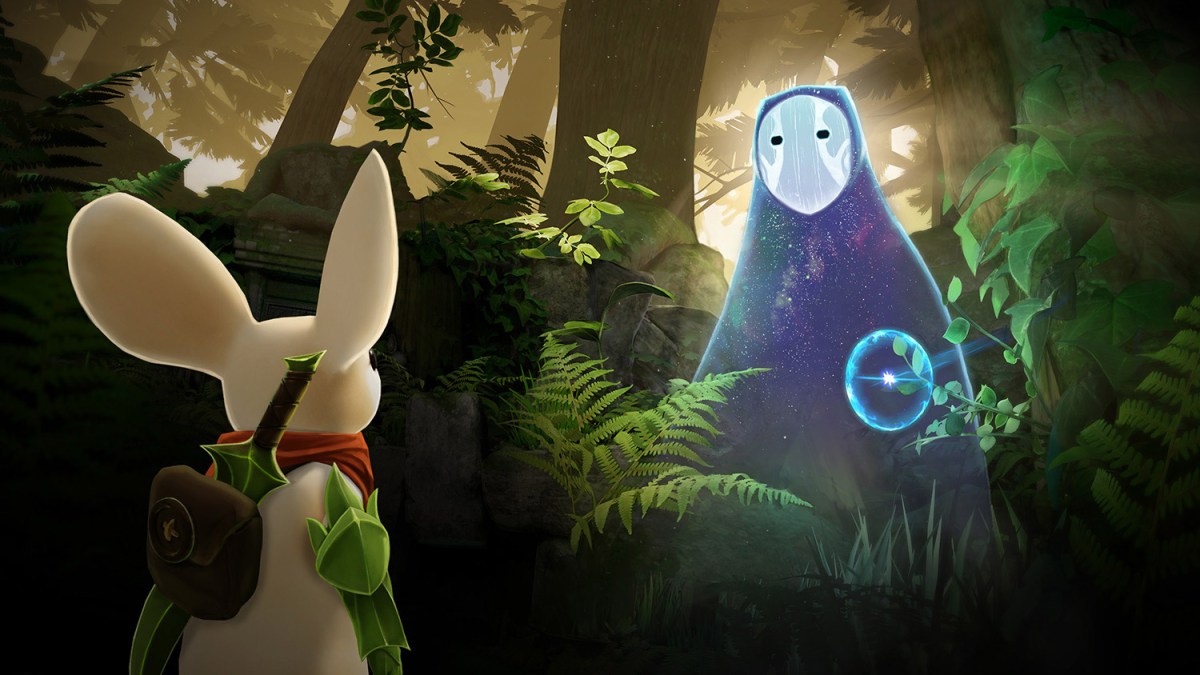 During CES 2022, Sony has revealed a number of new details about its upcoming VR headset, PlayStation VR 2. We now know the specs of the PSVR 2’s display, the fact its Sense controllers will feature the same haptic feedback and adaptive trigger tech found inside the DualSense controller, and that the headset itself will even have its own sensory feedback and eye-tracking tech for a more immersive experience. All of this sounds very promising for the PSVR 2, but there are some other features and areas where Sony will really need to deliver if it has any hopes of competing with the Oculus Quest 2 and other big boys of the VR space right now.

One of the original PlayStation VR headset’s biggest strengths was just how comfortable it was to wear for long periods of time, which came in clutch when you found yourself fully immersed in the mystical, magical world of VR.

Since 2016, VR technology has come a long way, and the industry is now largely dominated by all-in-one headsets like the Oculus Quest 2, giving players lightweight, wireless freedom while they’re busy flailing their arms around like one of those inflatable tube guys. In comparison, the PSVR, while still not uncomfortable to wear, has certainly slipped down the rankings a bit compared to its rivals.

For the PlayStation VR 2, Sony needs to focus on what made its original headset so darn comfy. The generously-padded band, the general construction and design that helped evenly distribute the weight across your head, so your face didn’t feel like it was being forced down by the weighty screen. The adjustable wheel to tighten the band and the button to adjust the distance of the display from your eyes — particularly handy for those wearing glasses.

Combining all of this design genius with lightweight components and design philosophies will ensure that the PSVR 2 cements itself back near the top of the pack for comfort.

I’ll be honest. I haven’t touched my PlayStation VR in years. It’s not for a lack of games, nor that I don’t have the space to use it, but that I can’t be bothered unfurling the spaghetti junction of wires that currently shrouds the headset in the original box.

Just the thought of having to go rummaging around the back of my media center for power cables, HDMIs, micro USB ports and adding in the adapter for the PS5 immediately quells any urges I have to set the thing up. I’ll just go and grab my Quest 2 if I’ve got the urge to slice up some shapes. Where I can just slide the thing over my face and immediately be ready to go.

While Sony has revealed at CES 2022 that the PSVR 2 will have just one single cord, it hasn’t revealed where that cord will plug into. Will it be another junction box, which itself has to be connected to the PS5? Where will this single cord plug into, and will it make players want to tear their hair out every time they want to set the VR headset up again?

While the single cord detail does suggest that things aren’t going to be half as cumbersome as they were when setting up the original PSVR, we’re still missing some key details on how things will connect to our PS5s. Hopefully, we won’t have to wait much longer to get to the bottom of things.

As noted above, the PSVR’s been out for over five years and the industry has come on a long way since then. In particular, Oculus and its Quest 2 headset have become a dominant force. With a high-quality display, a wireless setup, a strong, ever-growing library of games, as well as compatibility with PC games when using an Oculus Link cable or using the Air Link feature, it’s a bit of a no-brainer if you’re looking to dive into the realm of VR.

In order to really battle it out with the best, Sony needs to ensure that PSVR 2 has the same great support when it comes to first-party titles and third-party exclusives for the headset. Given players will already need to have paid out for a PS5 in order to use it, it’s imperative that Sony has blockbuster VR titles you simply cannot play anywhere else in order to justify the price of entry.

We already know that Guerrilla Games and Firesprite Games are currently working on Horizon: Call of the Mountain which will be exclusive to PSVR 2, which is a great first step. However, Sony needs to dip into its bag of iconic franchises a few more times to really bolster the lineup.

And yes, we absolutely need another Astro Bot VR game.

While this sound like a bit of a reach, hear me out. Sony has already shown its willingness to bring its iconic franchises to the PC space. Horizon Zero Dawn, Detroit: Become Human, Death Stranding and Days Gone have all been released on PC in just the past two years alone, and we know God of War and Uncharted: Legacy of Thieves Collection will join them later this year.

In a way, then, it’d almost make sense for the PSVR 2 to be compatible with PC VR titles and experiences. In doing so, the PSVR 2 would immediately have a much larger library and allow Sony to release its VR titles on more than just the PS5, helping sales and in turn, enabling them to recuperate more of the development costs.

Plus, wouldn’t it just be nice to have your shiny things work with your other shiny things? Yes. Yes it would.

While there’s no reason to believe that PSVR 2 won’t be backward compatible with original PSVR titles, there also hasn’t been any official confirmation from Sony that this will be the case.

It’d be even better if some of the more popular PSVR titles were given updates to look sharper and make use of some of those additional, new features in the PSVR 2 such as the headset sensory feedback, eye tracking, and haptic feedback, and adaptive triggers in the new Sense controllers.

Given the PS5 is backward compatible with PS4 titles, we imagine that PSVR 2’s backward compatibility is a bit of a given at this point. After all, it’s the same kind of tech just with some new bells and whistles added on, and games don’t have to make use of these features on the PSVR 2, either.

By making the PSVR 2 backward compatible, Sony could help alleviate the “lack of games” problem that most new hardware struggled with when it first released. While they’re not brand-new experiences, there’s likely a fair few lapsed PSVR players who might want to dive into these older experiences just to make use of their new toy and check out how far VR tech has come in five years.

What would make it on your list of things PSVR 2 needs to succeed? Let us know down in the comments below.