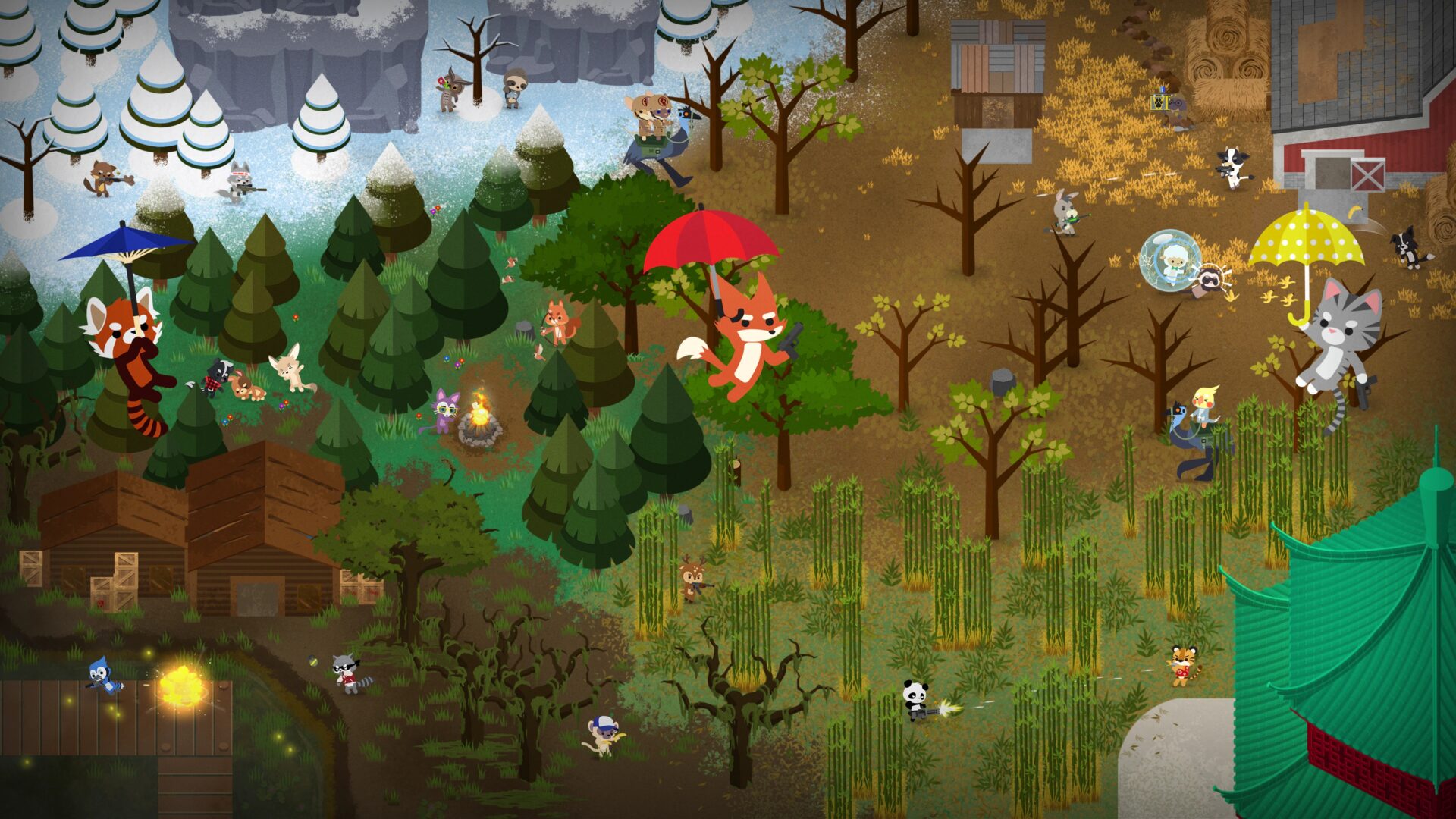 A tweet has announced that Season 2 of free-to-play battle royale Super Animal Royale will be starting December 14. There is even a hint of what is to come with the new season.

Season 2, a new map location, Super Animal breeds, CRISPRmas, and more arrive in our next update on Tuesday, December 14th.

The “dam time” seems to hint that the new map location will indeed be a dam. Maybe somewhere in the sparse south with the Goldwood Woods. With Howloween taking up a good portion of October and the lack of a Thanksgiving event, CRISPRmas sounds to be a new seasonal event.

While the tweeted image does feature a beaver, they have long been shown in connection to the game’s updates. With that, it is unlikely they will be among the promised “Super Animal breeds,” but they remain a possible inclusion with season 2.

The new season will no doubt include a new battle pass. The best part of the battle passes in Super Animal Royale is that they never expire, so if you were among those who purchased the Season 1 battle pass, you will still be able to progress through it even if you decide to purchase season 2’s.

For those who might not know what Super Animal Royale is, Steam describes it as:

It’s a fight for furvival! Super Animal Royale is a 64-player, frenetic, top-down 2D battle royale where murderous animals fight tooth, claw, and machine gun across an abandoned safari park. Collect and customize your favorite critters and weapons, then put them to work in solo matches or team up as a squad of up to four players!

You can play as several versions of dogs, foxes, cats, tigers, bears. Super Animal Royale is certainly the cutest Battle Royale of the quite populated genre.

The season 2 news comes as no surprise, as it it has been a little over 3 months since the game’s 1.0 update landed on August 27, bringing it to PlayStation consoles.

If you are interested in other free-to-play games, Multiversus was recently fully shown off.