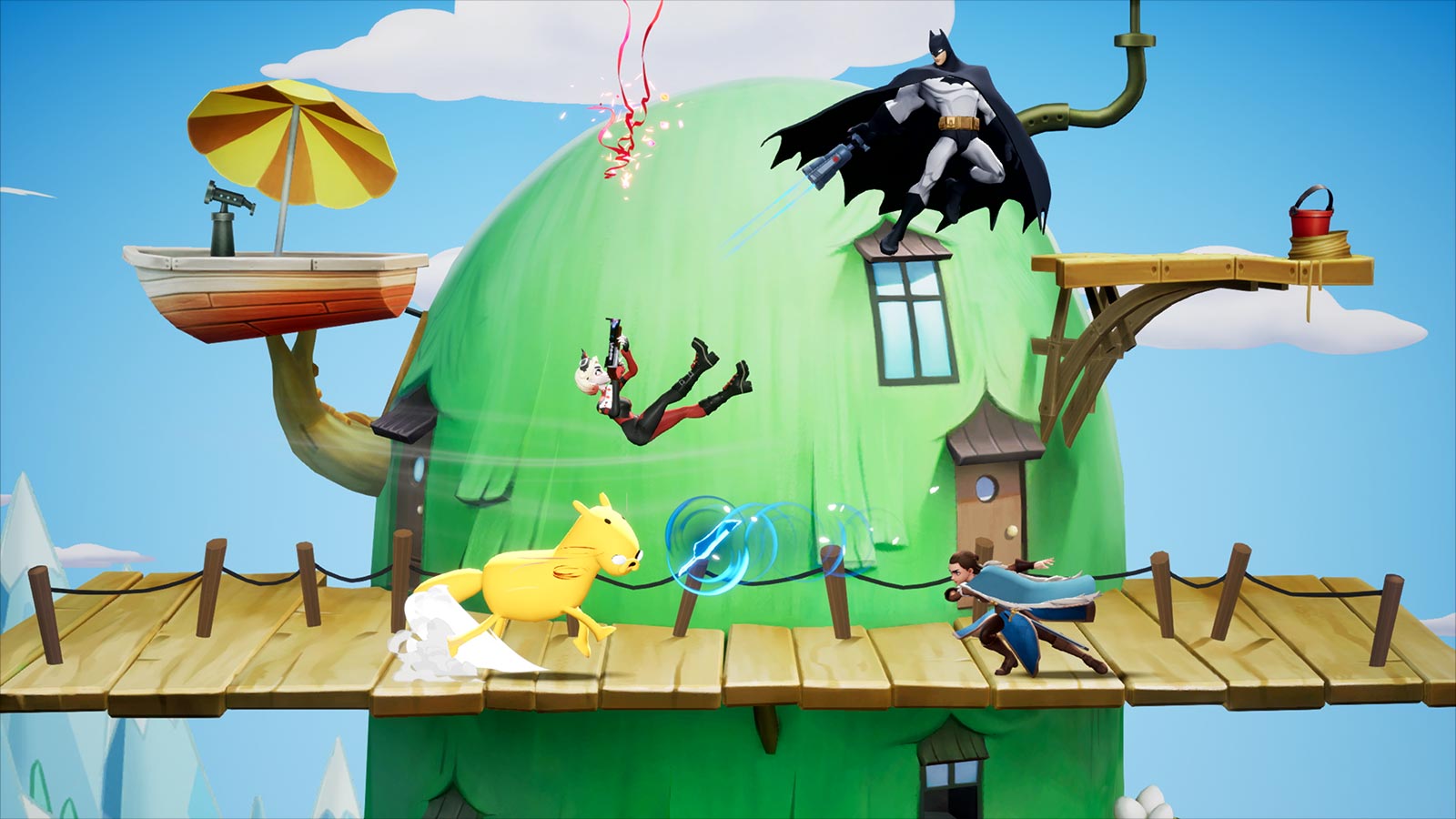 A couple weeks ago there was a leak that seemed to reveal a Smash Bros.-like platform fighting game using Warner Bros. characters. Today, in a first-look reveal trailer, MultiVersus has been fully revealed and we have gotten a look at some of the roster and gameplay.

Before we get to what the game looks like, let’s get to most important reason for why this game might stir up anticipation: the fighters. A character select screen gives us:

Maps are also important, and a good bit of the trailer gives us many looks at a very cartoon-y look at the Batcave level, complete with Batmobiles.

Unlike other games in the platform fighter genre like Nickelodeon All-Star Brawl or Super Smash Bros., MultiVersus will be free-to-play.

MultiVersus also promises to be a more team-focused game with co-founder and game director Tony Huynh stating “we built the game from the ground up for teamwork and co-op to deliver a more unique experience we think players will enjoy.”

Characters will even be voiced by their most notable voice actors/actresses. In the trailer you can hear:

MultiVersus promises cross-play and cross-progression, bringing with it “guilds and more social features.” You can probably expect some sort of Battlepass, as the trailer does show off unlockable skins. One such skin is the very cool Black Lantern Superman.

You can see the trailer for yourself here or below:

The trailer gives release information as simply “Coming 2022.” MultiVersus will be releasing on PS5/PS4, Xbox One/Series X|S, and PC.

For comparison, check out the reveal of Nickelodeon All-Star Brawl.