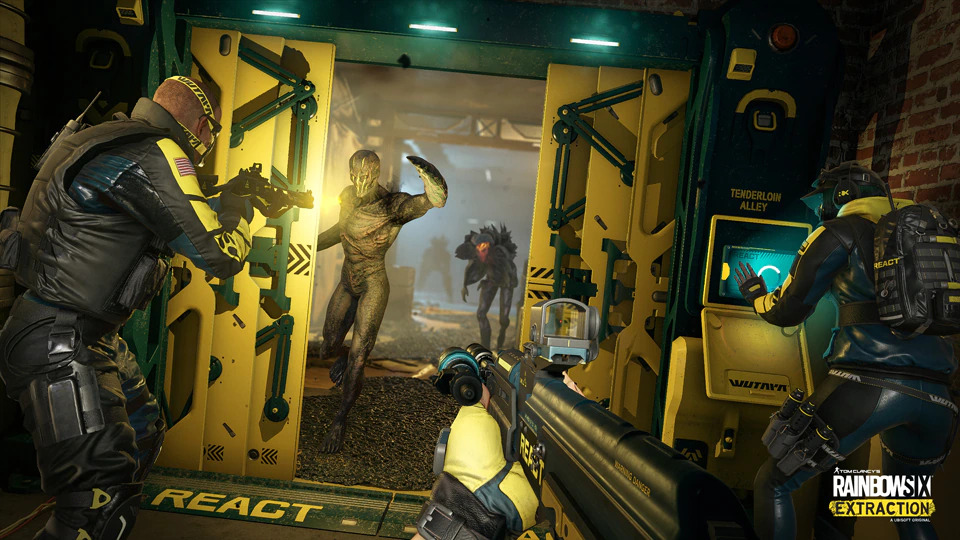 Ubisoft has released yet another video to provide more info on the upcoming co-op shooter, Rainbow Six Extraction. This one is more of a deep-dive overview that explains the maps, missions, and difficulty settings for the game.

There are 12 maps in the game that are divided into three zones each. And on these maps, players will be taking on the challenges provided by 13 randomized missions types while choosing from 18 Operators who use over 24 devices total to get the jobs done. These missions must be completed while going up against 10 different types of enemies.

Rainbow Six Extraction will take players to New York City, San Francisco, New Mexico, and Alaska, among other locations. Each region has three maps, and these maps have three sub-zones each. Missions will bring you to a map and task you with completing one objective per sub-zone. Upon finishing each sub-zone the option is given to extract and keep all experience earned.

And for those who want to level up even faster, raising the difficulty will do just that. But of course, that comes with far more challenges, including more aggressive enemies and more difficult terrain to traverse.

You can check out the video for yourself to get a good look at the info mentioned above as it’s explained alongside some gameplay for some added visual context.

Rainbow Six Extraction will launch on Jan. 20, 2022 for PC, Xbox One, Xbox Series X|S, PS4, PS5, and Stadia. If you’re looking to put some money down for it early, you can pre-order the game on the official site.