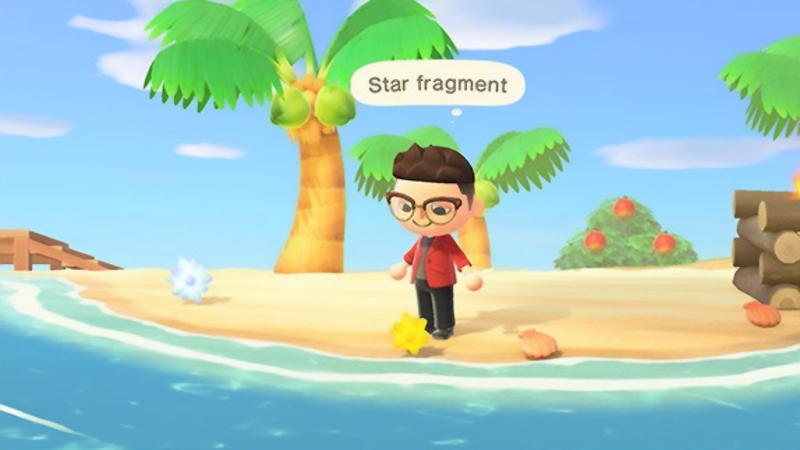 One of the most calming activities in Animal Crossing: New Horizons is wishing on stars during nights with meteor showers. Not only is it relaxing, but rare star fragments will show up on the beach the next morning for each star you wish upon. Now, you can find Animal Crossing star fragments out in the real world…in candy form.

According to Japanese news site SoraNews24, 7-Eleven stores in Japan are now selling konpeito, a traditional Japanese sugar candy with Animal Crossing themed packaging. The candy pieces look exactly like the fragments in the game, and the packaging features stargazer Celeste.

This idea seems like a no-brainer to us because the star fragments in Animal Crossing are actually based on these konpeito candies, which is why they are shaped the way they are in the game. Now, it seems totally official since these particular candies are created with Animal Crossing in mind.

To make them true to the Animal Crossing theme, there are three varieties of candy inside each pack. One variety looks like the regular yellow fragments that you’d find most commonly in the game.

Another variety is slightly bigger and white to represent the rarer large fragments. Finally, there is a pink variety that represents the Capricorn star fragments that can be found when wishing on stars in late December and early January.

You can see some pictures of these adorable star fragment candies below.

Each pack of the star fragment konpeito candies costs 149 yen, which is approximately $1.30. We would definitely be tempted to buy multiple packs—some to eat and some to treasure just like the star fragments in our game.