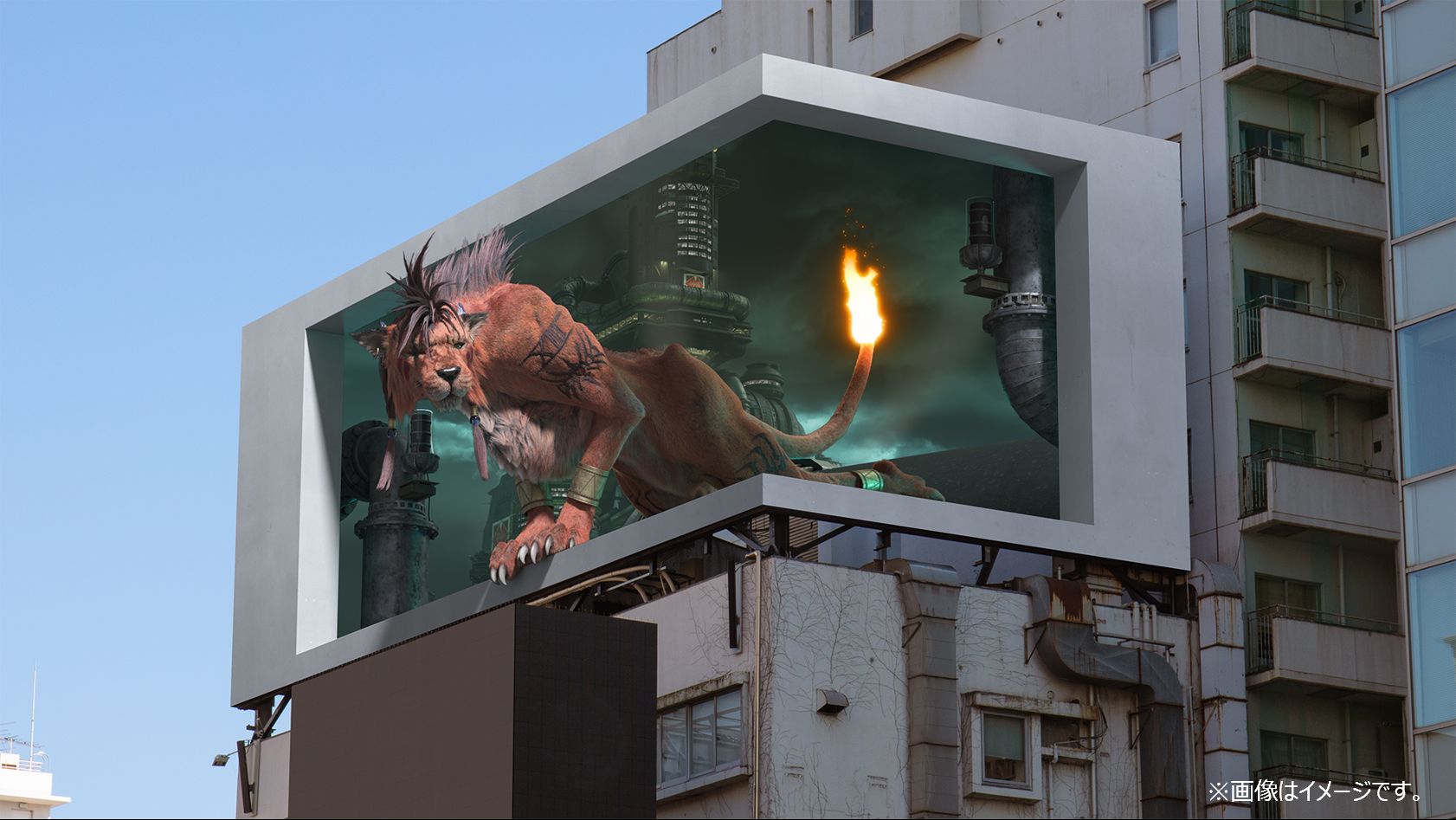 With the launch of Final Fantasy VII Remake Intergrade on PC and the sale on the PlayStation Store starting on Wednesday, Square Enix is ramping up the promotion for the game.

Starting today, and until January 2, the giant L-shaped display in Omotesando, Tokyo, will display a rather spectacular and funny video of Red III following his escape from the Shinra facility.

This was preceded by another imitating news reporting on Red XIII’s escape.

You can see the official video below alongside one recorded in Omotesando this morning, courtesy of YouTube user ことぶき.

These L-shaped displays (designed to give the illusion of 3D to the naked eye) are starting to spread in Tokyo after they’ve been popularized by the one in Shinjuku and its cat video that went viral a while ago. Now, we get a much bigger cat and a rather handsome one.

If you’re in Tokyo before January 2, you can find this display right at the Omotesando intersection, near the station of the metro with the same name.