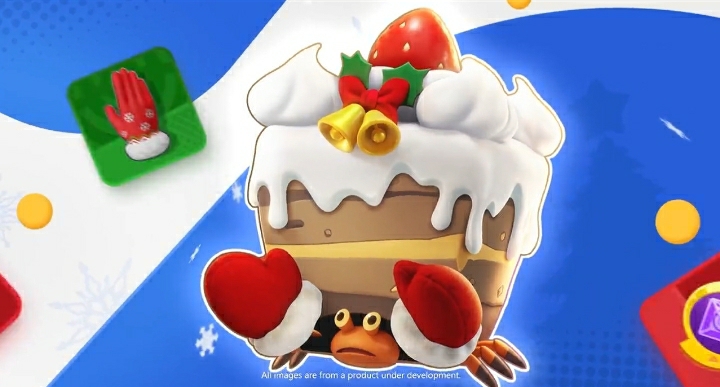 Earlier today on Twitter and YouTube, the official Pokemon Unite account released a new video detailing multiple winter-themed Holowear, news pieces of clothing, and a snowy four-on-four mode. This is just the second themed event to come to the mobile game of the year nominated Pokemon Unite since the game launched back in mid-July earlier this year.

Starting off with the Holowear, a handful of Pokemon will be receiving some brand-new clothes that celebrate the winter season. Pikachu gets an adorable little Santa costume that features the electric mouse flying in a sleigh for his return to base animation. Even his unite move gets a little extra visual upgrade where presents start flying out of any opponent hit by the attack. And slamming on the opponent’s goal makes a ring of presents shoot out of there.

Just like Pikachu, five other Pokemon will be getting Santa hat holowear as a part of the Unite Winter event. Garchomp, Mamoswine, Dragonite, Gardevoir, and Blastoise will all be joining in on the fun. However, these skins don’t appear to have any special visual changes to attacks, slams, or returning to base.

Next up, Crustle gets a weirdly tasty-looking skin that features the Stone Home Pokemon covered in delectable icing, whipped cream, and a bright red berry on top. It’s no lasagna Crustle, but it’s close. Just like the Pikachu skin featured presents flying everywhere, Crustle’s attacks and slam will make bells fly out of opponents and the goal ring.

The last of the new Holowear coming in the Pokemon Unite Winter event are three chef-themed skins. Cramorant and Snorlax all get to don a white chef’s hat and yellow scarf with Mr. Mime just getting a white apron and blue scarf. But the true MVP of the bunch is Snorlax since he gets a full chef’s outfit along with that hat. What is arguably the best Snorlax skin yet is truly a glorious sight to behold.

But it’s not just Pokemon that will get some festive clothes for the Unite Winter event. This event will bring santa and chef clothes for you to customize your trainer. On top of that, new winter-themed stickers like Christmas trees, wreaths, and Santa hats will be available for customizing your trainer card.

Finally, the 4v4 map, Shivre City, will be receiving a wintery update. The update for this map will feature festive decorations, snow, and even a snowman or two. Delibird will appear as a wild Pokemon here and drop a present when you KO it. There were no details about what the presents do or what they will contain. It also looks like there will be large snowballs that you can find around the map that bounce off of walls and stun anyone that they hit. And fittingly, the boss that appears in the middle of the map will be the Legendary Ice/Flying Pokemon, Articuno.

This Winter-themed event in Pokemon Unite begins next week on Dec. 15. If you would like to check out the official video you can find it right here or down below.