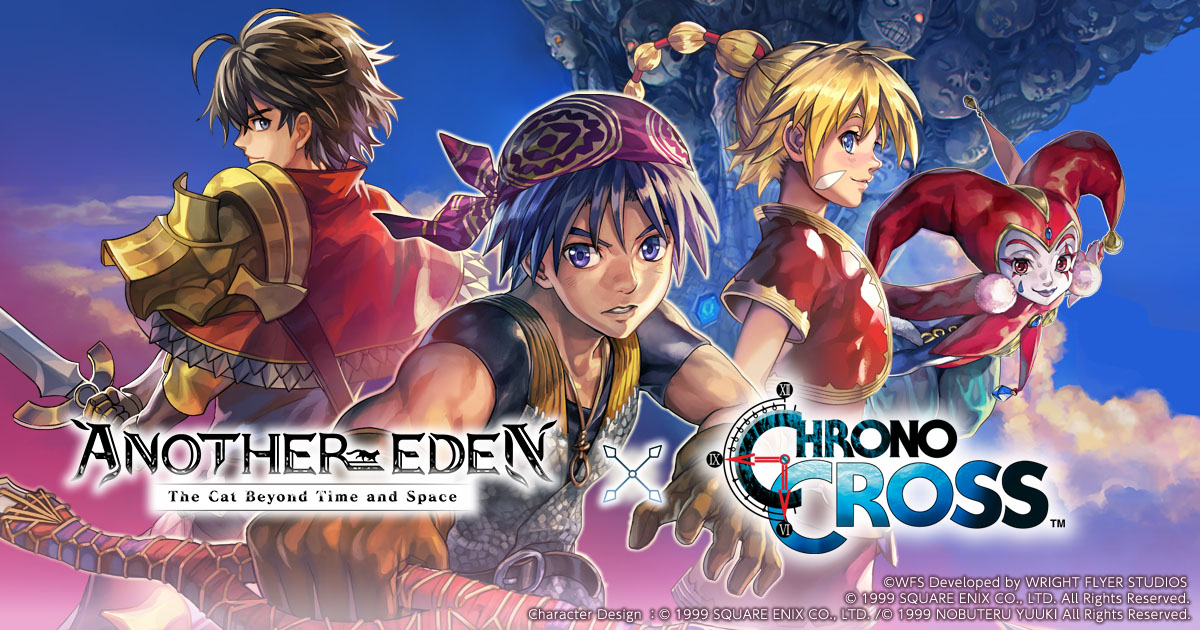 The crossover will start on Dec. 9 and will bring the two worlds together with new features a new story, and familiar characters.

There are even new mechanics to enjoy, including the New Game+ allowing you to play the story as many times as you want.

Field Effects will also be implemented alongside Sub-Events that will feature smaller stories to get better insight on the main one.

You’ll be able to equip Chrono Chross’ elements and even set the difficulty level to enjoy the story however you see fit.

Below you can take a look at the gameplay and cinematic trailers, on top of a gallery showcasing screenshots, artwprl, and more details about what you can expect.

If you’re unfamiliar with Another Eden, it’s a free-to-play JRPG originally released for iOS and Android in 2019 and then on Steam this year. It’s directed by Masato Kato of Chrono Trigger fame and also features music by Yasunori Mitsuda.