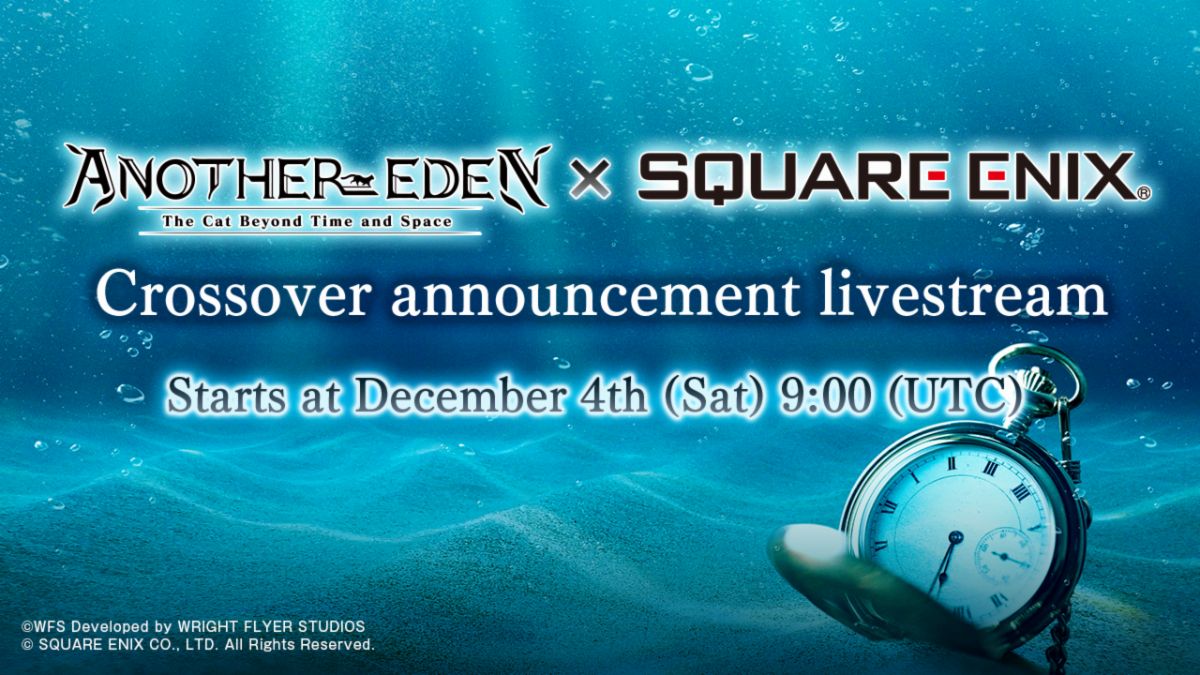 Today Another Eden: The Cat Beyond Time and Space developer Wright Flyer Studios reached out with a press release to tease the announcement of a new collaboration.

The collaboration will be with Square Enix, even if the title of the game has not been announced. That being said, the artwork above may provide some hints.

Details will be provided later this week at the beginning of a livestream on December 4 at 9:00 am UTC or 1:00 am PST.

The livestream will star the following:

You can find the livestream embedded below if you want to watch along.

If you’re unfamiliar with Another Eden, it’s a free-to-play JRPG originally released for iOS and Android in 2019 and then on Steam this year. It’s directed by Masato Kato of Chrono Trigger fame and also features music by Yasunori Mitsuda.