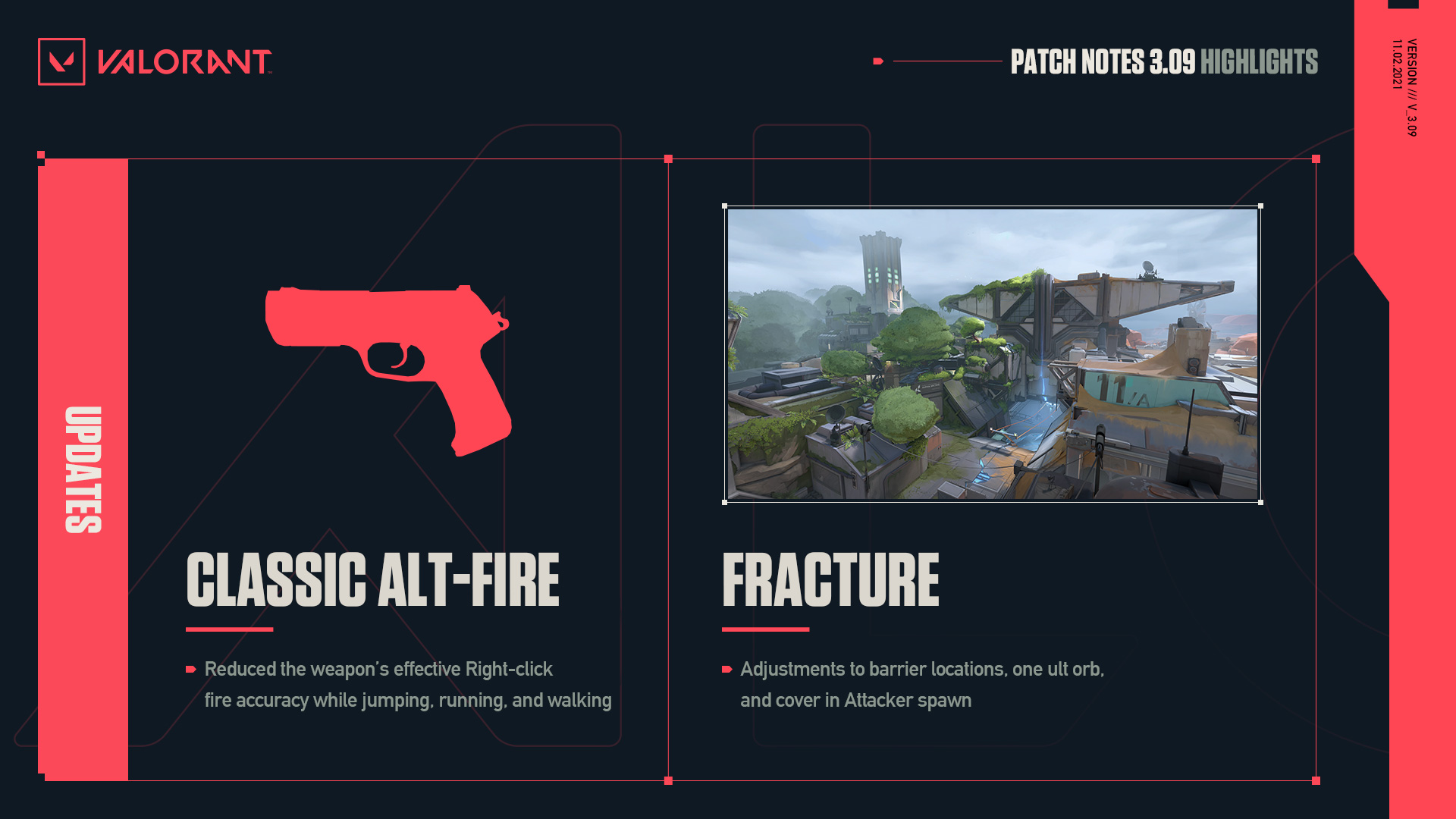 Valorant Episode 3, Act 3, will bring about a nerf to the Classic right-click which has been much-requested for some time by casual and professional players alike. The right-click inaccuracy for walking, running, and jumping has been increased across the board, which is presumably designed to put a stronger emphasis on precise shooting.

Other notable changes in Patch 3.09 include some minor balancing tweaks to Fracture. Here’s the full overview via Riot Games’ official website:

The Classic has been over-performing in close to mid-range encounters when used while jumping or on the move. So we’ve reduced the weapon’s effective accuracy while jumping, running, and walking, with the intent of narrowing it’s ideal use case to only really close ranges.

The launch of Valorant’s latest Act was supposed to include the new Agent Chamber, but his release has been delayed by two weeks. Of course, there’s also a new battle pass launching with Act 3, which you can check out here.