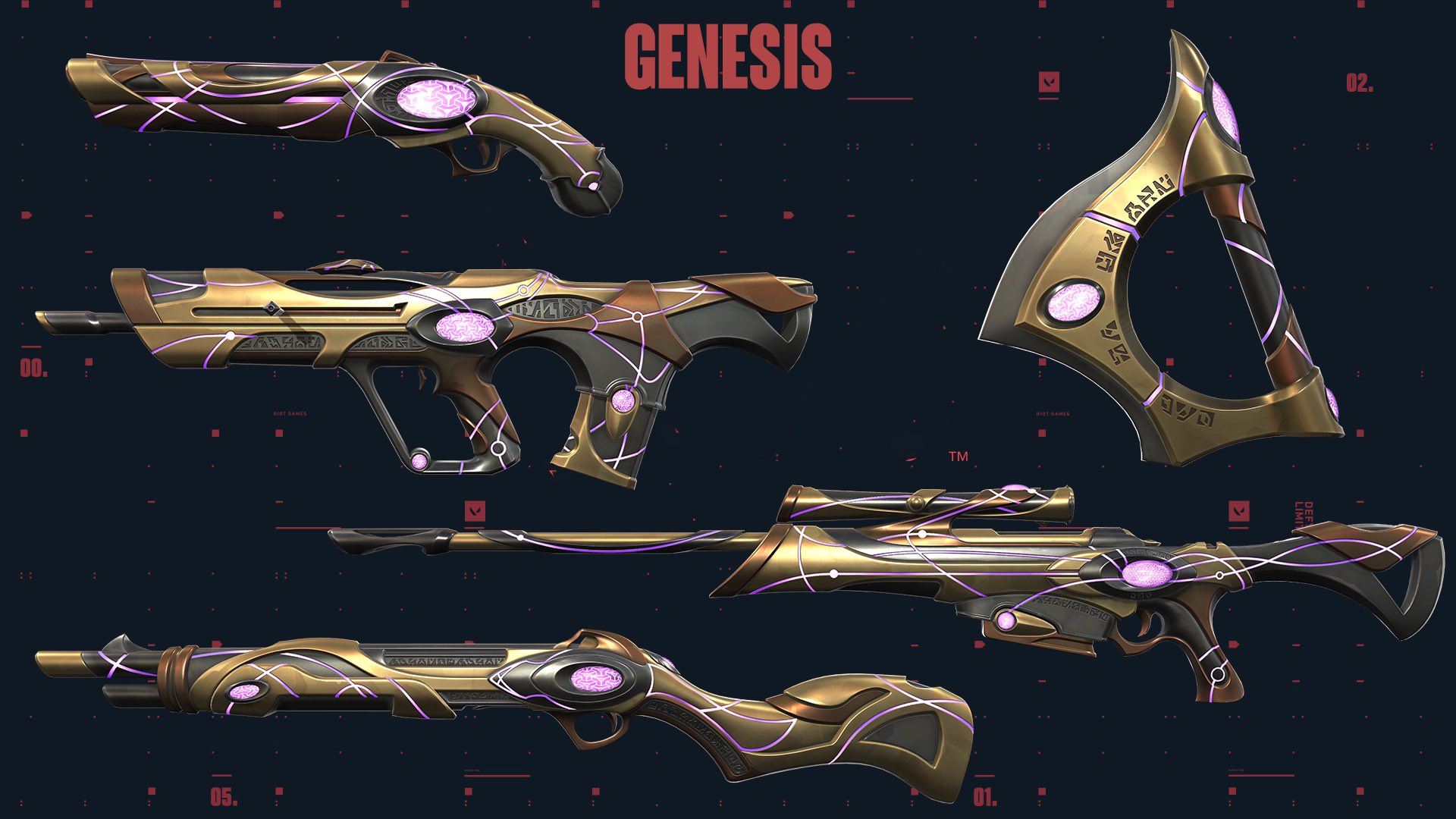 Valorant Episode 3, Act 3, is just around the corner from its release next week, and so today Riot Games is offering us our first glimpse of the new battlepass content. From the looks of it, this promises to be one of the best yet with a very cool range of different weapon skins and festive accessories.

A press release sent to Twinfinite features a comment from senior producer Preeti Khanolkar, who sums up its contents nicely when asked about the inspirations behind its design:

“This Battlepass has a lot of fantastic Player Cards related to Agents. Some of my favorites are the “Unstoppable // Viper” card, which is a reimagining of her original card from the Closed Beta. There’s also the “Downtime // Omen”card, which shows Omen knitting—of all things. The “Versus // KAY/O +Brimstone” card is a great lore card that builds upon other KAY/O and Brimstoneaccessories that players have analyzed in the past. This Battlepass also has some really gorgeous and well-designed weapon skins: Aero, Genesis, and Goldwing. The Genesis Arc is the first melee of that type (lovingly called “the protractor”) to be included in the Battlepass“

The three different weapon skinlines can be viewed in the gallery below.

Below you can check out a gallery that includes some of our favorite new items in the battlepass:

Here’s an overview of the battlepass’s key features:

In other related news, Riot Games just revealed Valorant’s new Agent, Chamber. You can check out all the details here.