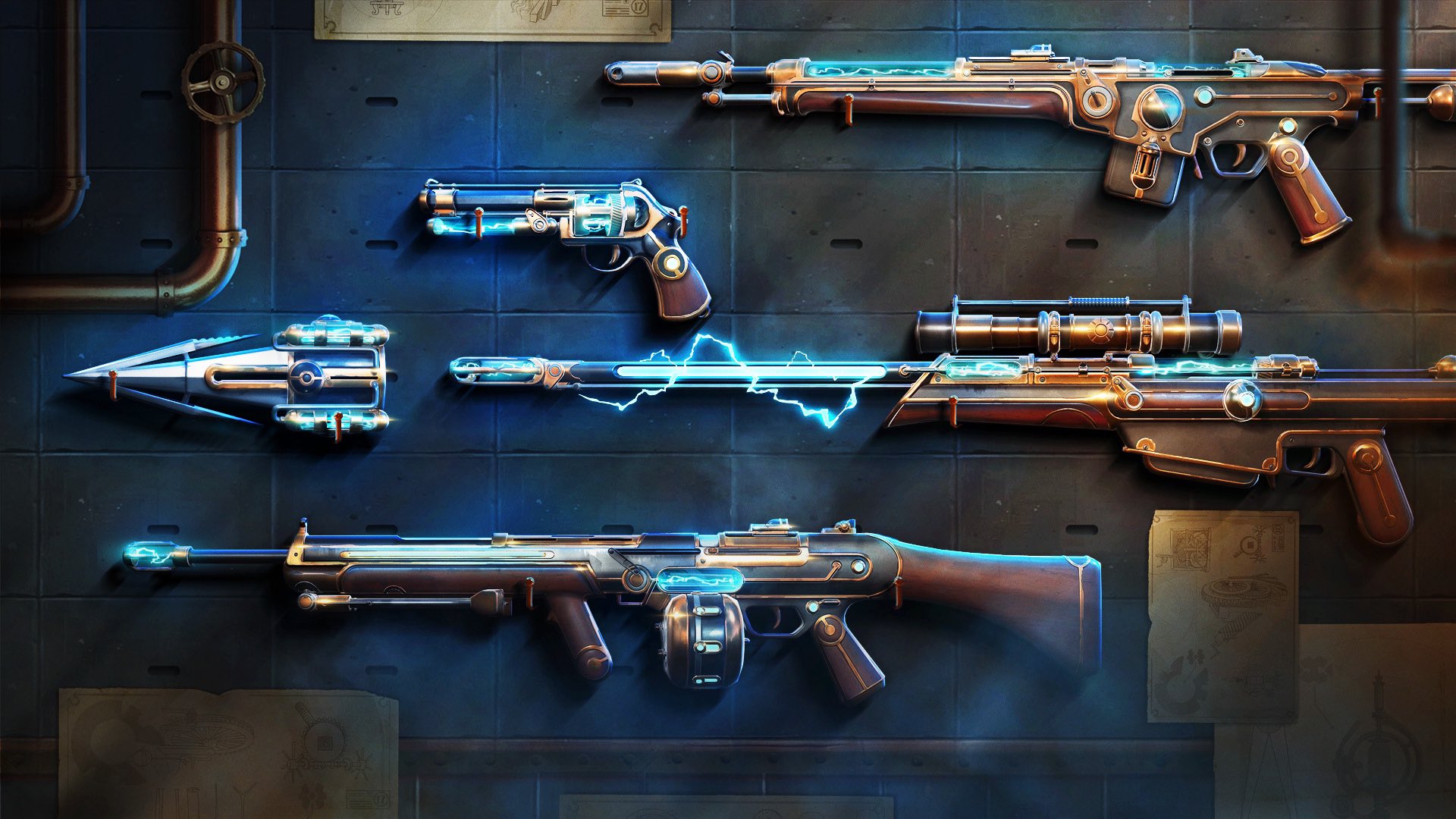 Another patch week for Valorant marks the arrival of not only a new update for the game but a weapon skin bundle, too, and a 2.0 version of a very popular aesthetic nonetheless — Magepunk. The Magepunk 2.0 features a range of new steampunk-inspired skins that are honestly some of the prettiest and most impressive seen in Valorant so far.

Unfortunately, as you will have noticed in the picture above, the new bundle features a rather strange selection of weapons. There’s no Vandal and no Phantom… boo! Quite why Riot Games has opted to skip over two of the most popular weapons is anybody’s guess, but it’s a bit of a shame as the Magepunk skinline is so pretty.

Anyway, Magepunk 2.0 drops tomorrow and should cost 7,100VP, so it’s very much a premium bundle. For a more detailed overview of the bundle and a showcase of the various animations and finishers, you can check out Hitscan’s YouTube video below.

If you haven’t yet checked out the Valorant Patch 3.10 notes then you can do so here. The update brings Chamber to the game, as well as a whole bunch of pretty major changes to the competitive queue system.