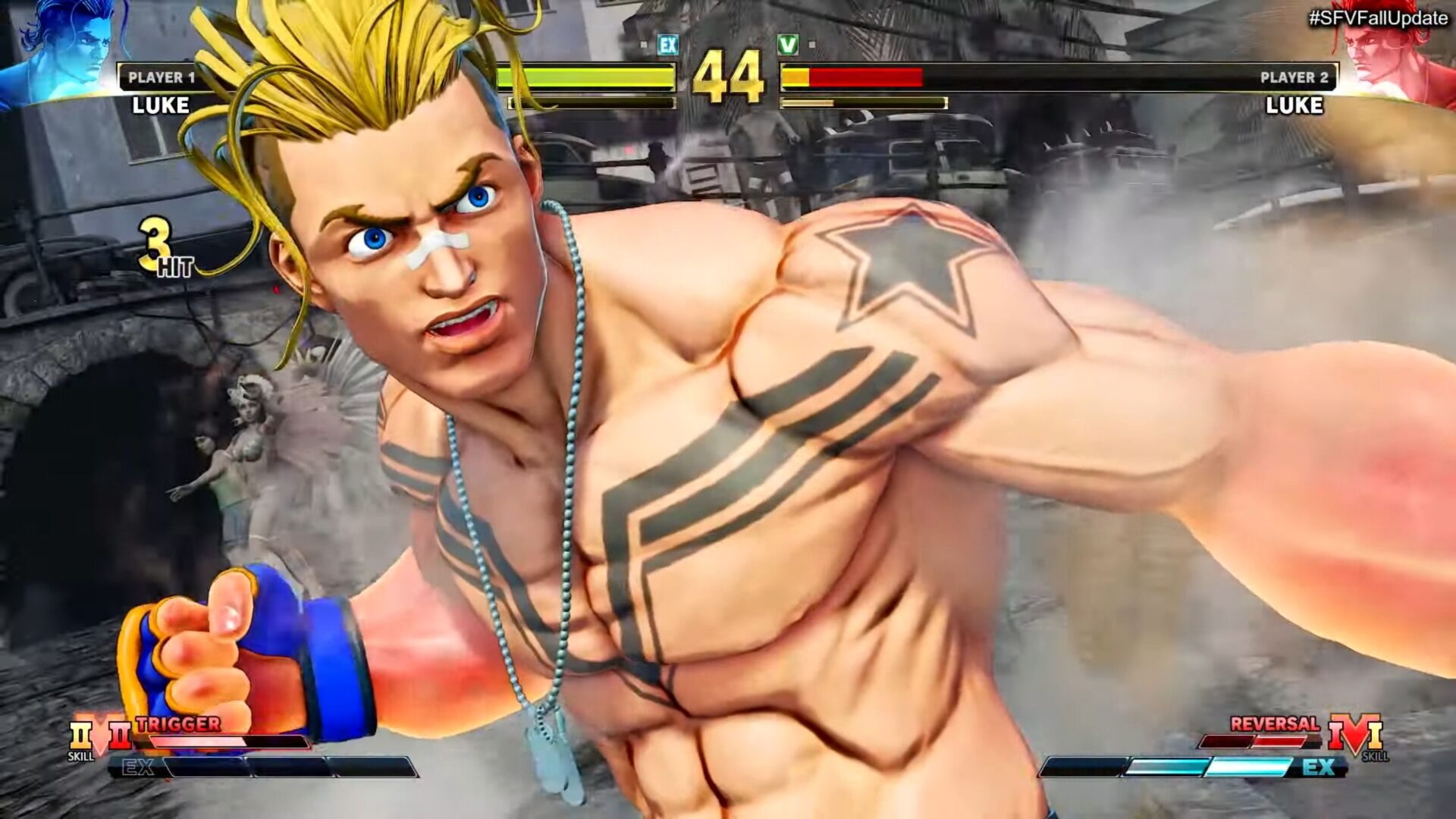 Today we learned the released date and saw the gameplay of the last character coming for Street Fighter V, Luke.

He’ll be released on November 29 alongside his costumes, and you can check him out below. Of course, despite the fact that DLC releases are ending, Capcom will continue to support the game.

Director Takayuki Nakayama concluded the livestream by mentioning that for the development team, Street Fighter V has been a project with peaks and valleys, but thanks to the fans, they have managed to accomplish what they aimed for. The developers will use this experience as the springboard to move on to the next project.

Producer Shuhei Matsumoto also added that Luke is “an important character” that will be featured in the next Street Fighter project. While this is the last digital showcase, for Street Fighter V, it’s more of a “see you soon” than a “goodbye.” The developers look forward to sharing new information next year.

If you’re unfamiliar with Street Fighter V: Champion Edition, which is now available for PS4 and PC, here’s how Capcom describes it. You can also take a look at the previous character, Akira.