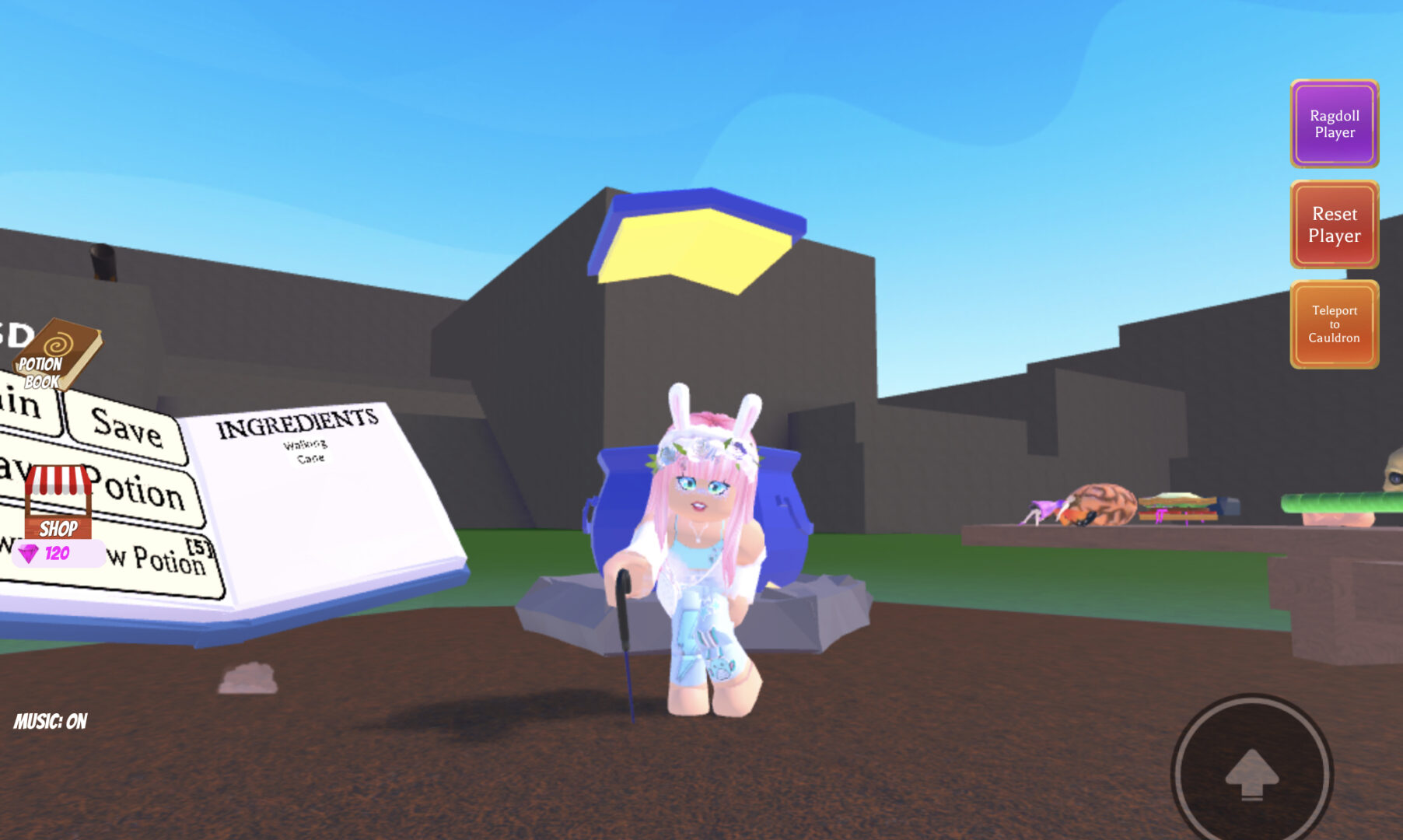 While Roblox continues to grow in popularity, there’s one game in particular that really stands out as one of the hottest on the platform right now: Wacky Wizards. Yes, the potion-concocting experience boasts a huge player base and is constantly getting brand new updates adding new ingredients and mechanics to keep things feeling fresh. The latest of which is a Walking Cane ingredient in the latest Old update. In this guide, we’ll explain how to get the Walking Cane ingredient easily. So, without further ado, let’s get into it!

How to Get the Walking Cane Ingredient in Wacky Wizards

First things first, craft a Fire Potion with the Chilli ingredient and head over to Oz’s hut hidden behind some bushes in a cave near the Goblin Village. Once you are in the cave, go behind Oz’s hut and use the Fire Potion to burn the bush with a warning sign on it. You just have to tap on the bush while holding the Fire Potion.

Next, head back to your cauldron and brew an Explosive Potion with the Dynamite ingredient. Then, head back to the area where you burned those bushes and down a ladder into a bunker. There, you will find a door. Drink the Explosive Potion next to the door and this will cause – you guessed it! – an explosion. This will break open the door.

You’ll then spawn back at your cauldron. You’ll now have to brew an Oz Potion. To do this, you’ll need Jandel and Foryxe’s heads (the game’s original developers). Foryxe’s head is in the Cave Club under the waterfall on the shelf on the right as you enter.

Jandel’s head can be found in the desert behind a cactus near the Witches’ Cave. Once you have both heads, put them in the cauldron and brew an Oz Potion. Take that potion to the door you destroyed earlier. Head on down the stairs and you should come to a door that says: ‘Oz Only’. Drink the potion and you’ll turn into Oz, and then head through the purple door.

Inside the room, you should see a wallet on the table. It can be a little tricky, but pick up the wallet and once you have it, run out of the room and go back through the door you destroyed earlier. Finally, go up the stairs and give the wallet back to Oz The Wizard. Voila! He will then reward you with the Walking Cane ingredient.

And that’s everything you need to know about how to get the Walking Cane ingredient in Wacky Wizards. If you’re wondering how to get the frog ingredient or alien parasite, we’ve got guides covering that, too. And for more on the game, be sure to search for Twinfinite with your next Google search.