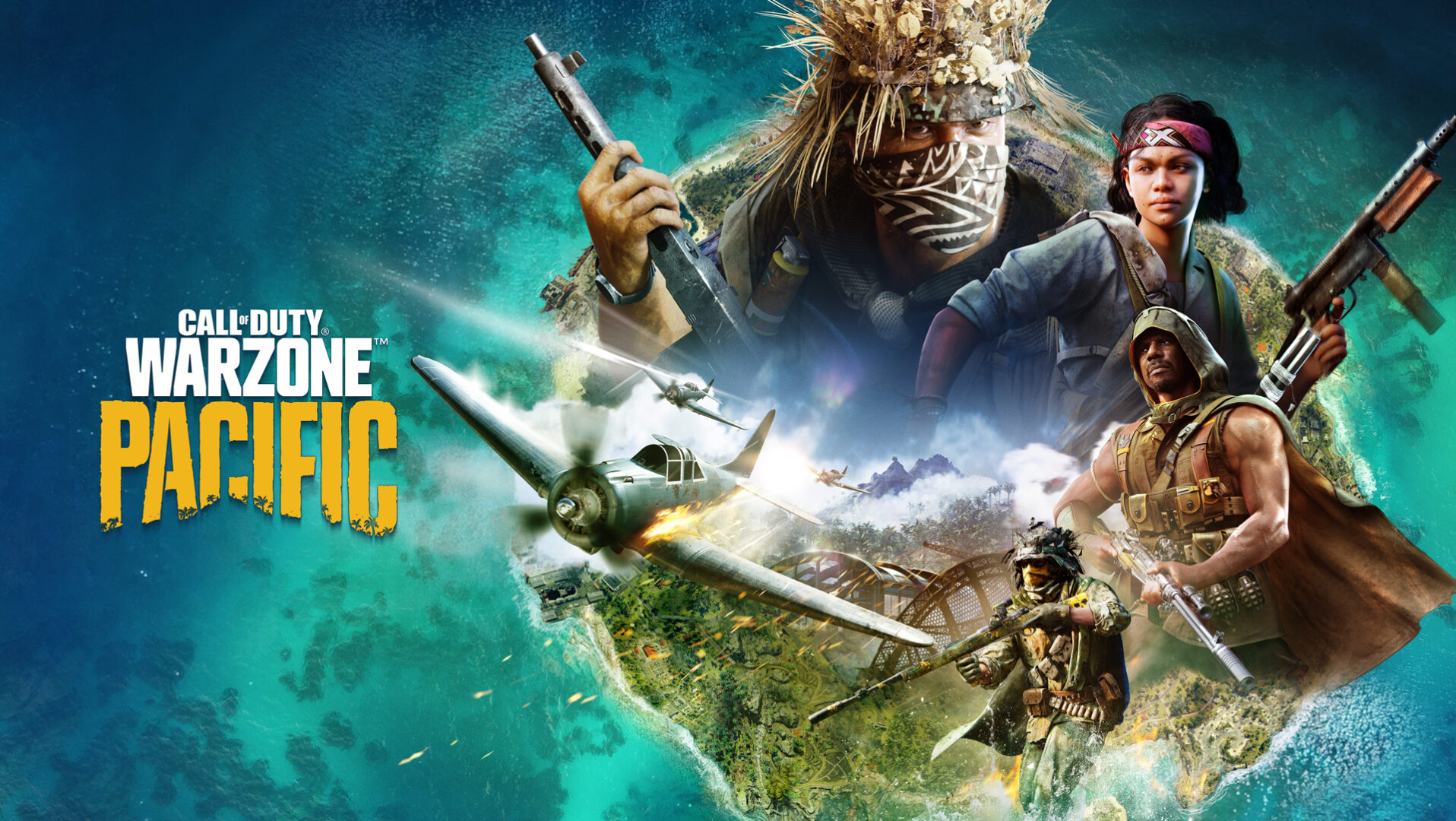 Earlier today on the official Call of Duty Blog, James Mattone revealed a massive amount of new information about Call of Duty: Warzone’s Caldera map along with some changes coming to the battle royale game. It was also announced that Call of Duty: Vanguard players will get exclusive access to the Caldera map on Dec. 8 for 24 hours before it launches for the public in Warzone.

First, Mattone went into descriptions of all 15 zones on the Caldera map. Below are the names of each zone along with their descriptions:

Also launching on Dec. 8 is everything that’s coming to Vanguard at launch. Mattone details the following:

40 Weapons: The core 38 weapons from Vanguard’s launch, plus two free functional weapons in the Season One Battle Pass. All of these can be personalized with unlocked camouflage, and every ballistics-based weapon can be further customized with up to 10 attachments through the Gunsmith.

Over a Dozen Operators: Each of the Operators from S.O.T.F. 002–005 are ready to drop in alongside Special Operations Task Force 006 arriving this season…

Calling Cards, Emblems, and More: Show off your progress in Vanguard since launch to everyone in Warzone.

It’s also important to note that cross-progression will be enabled between Warzone and Vanguard from day one. Any seasonal prestige and anything you unlock will be carried over across both Call of Duty titles.

On top of the new weapons, operators, and aesthetics, there’s also a handful of new vehicles coming to Warzone along with dogfighting. Fighter planes, anti-air guns and trucks, and a squad transport car are just a few of the vehicles that will be coming soon to Warzone.

It was also detailed that the radii and times for the Circle Collapses will be modified to change the pace of play. It’s not entirely clear what the changes will be. But the blog indicated that there will also be special events tied to each Circle Collapse and bombing run.

Expect a special one-day-only Rebirth Island Playlists – both Resurgence and Mini Royale – to drop right at the start of the season before everything shifts to Caldera for the week starting on December 9.

During the season, Featured Playlists will include returns to Rebirth Island for Resurgences and other game modes, and new limited-time modes will focus on Caldera, such as Vanguard Plunder, its own Vanguard Resurgence mode presented by Beenox, and other festive surprises…

Continuing on, it was announced that The Gulag will be making its way into Warzone. This duel mode pits players who were killed against each other in a duel for a chance to jump back into the game with all of the ammo and weapons they pick up during a Gulag.

After that, Mattone detailed a few buffs and nerfs coming to Warzone:

Dead Silence is being nerfed. Stopping Power Rounds are gone.

In addition to detailing those exact changes, Raven Software looked closely at various equipment pieces, such as nerfs to Stun Grenades and Heartbeat Sensors. They also took another look at dual-wielded melee weapons – the Kali Stick and Sai – to give justice to all ghosts who lived a second life too short during The Haunting. The results? Expect the aforementioned equipment and weaponry to be adjusted to be less potent in the Warzone, along with gun-butting no longer being the primary method of attack on the Caldera.

Another change involves Loadout Drop Markers – they can now only be purchased from Buy Stations after the Loadout Drop event occurs in a match, effectively shifting their usefulness from an immediate power spike to a more tactical choice in the mid to end game.

Along with these nerfs, several Lethal and Tactical Equipment pieces will see much-needed buffs. Most Lethal Equipment will deal more damage, while the Snapshot Grenade will see its effective radius increase, the Stim will also apply a slight movement boost, and the Decoy Grenade will pack rubber bullets that deal just enough damage to pester enemies.

Additionally, it was announced that when you enter Caldera, gas masks in Call of Duty: Warzone won’t interrupt as many actions to make it no more inconvenient than reloading a gun. They’ll also come in handy against the brand-new Gas Canister weapon that explodes and releases toxic gas.

In this next update, players will finally be able to wade in shallow water. You still won’t be able to swim or go prone, but you’ll be able to hide your footsteps from players using the Tracker Perk. On top of that, water will also now cause smoke when coming in contact with fire-based equipment.

Next, Mattone went into the changes coming to contracts and public events:

During a match, squads can find new contracts to complete, such as a Supply Drop Contract, which airlifts a valuable crate onto the map for anyone to pick up, but only has its exact location revealed by the contracted squad.

Another is a Big Game Bounty, which targets the Operator with the highest kill count – but only once per game, while another – known as Top Secret Contract – is, as one could expect, [[REDACTED]] until you pick it up, but comes with greater rewards compared to the standard loot from the Contract types it chooses from.

As for Public Events, expect Restocksand Resurgences from Rebirth Island to come to Caldera, in addition to the Cash Drops event you may have seen during Operation: Flashback. There are also rumors of [[REDACTED]] Weapon Crates that can appear around the island, which contain the coveted [[REDACTED]] Weapon Blueprints seen in Verdansk, and armaments extracted from the meta-forward galaxy brains of the studios’ Gunsmith gurus.

For those playing on PC, there will be a brand-new anti-cheat driver from RICOCHET to help identify cheaters in Warzone. This part of the update is exclusive to the PC version of the game and will be required to play the game. The same driver will also be coming to Vanguard at a later date.

That was a massive info dump, but it was indicated that this blog doesn’t even cover all of what’s coming in season one of Call of Duty: Vanguard and Warzone when Caldera goes live. Two more operators, Zombies, an additional core multiplayer map, and much more is planned for launch during the holiday season and carrying on into 2022.

If you would like to see all of the screenshots of the different Caldera zones and check out the official Call of Duty blog post, you can find all of that information right here.