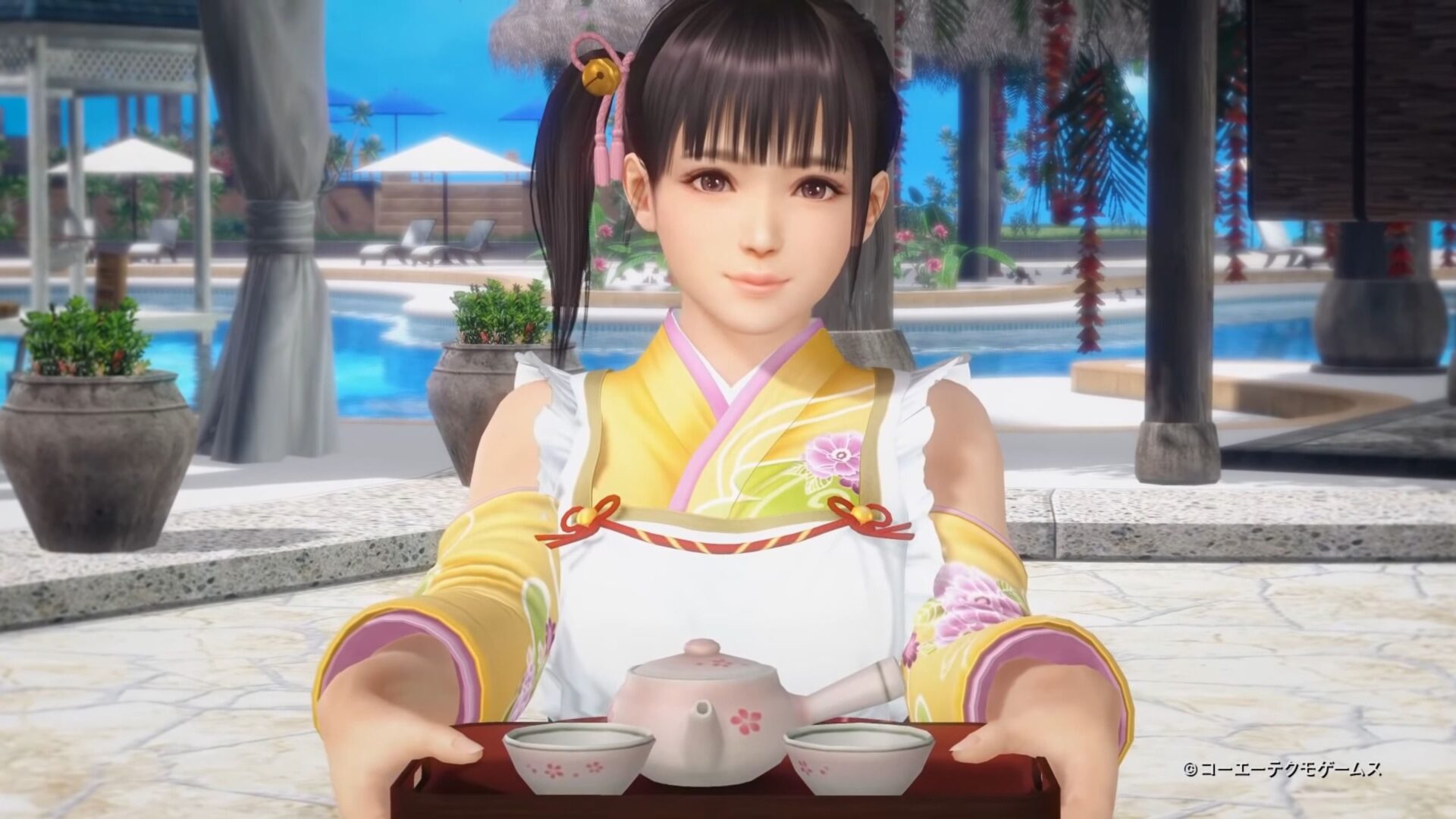 While the Dead or Alive franchise appears to be dormant on consoles, the free-to-play PC game Dead or Alive Xtreme: Venus Vacation continues to grow its roster.

A brand new girl has been released today on the Japanese version of the game. Her name is Koharu and she is a student in training to become a ryokan manager.

She is eighteen years old, 151 cm tall, and her blood type is A. She loves cleaning, classical Japanese literature, and table tennis, on top of Tsubaki-mochi (rice cakes with camelia leaves) and fruit-flavored milk.

Her favorite color is bright yellow, and her birthday is on December 22.

She’s voiced by Maria Naganawa, whom you may know for her roles as Laffey in Azur Lane, Lydie in Atelier Lydie & Suelle: The Alchemists and the Mysterious Paintings, and Kanna in Miss Kobayashi’s Dragon Maid.

You can check out her trailer below.

As usual, you should not expect to get her immediately (or even in the near future) unless you’re willing to pay. Her gacha is exclusive to paid V-stones. Even if you are willing to open the wallet, the game’s abysmal percentages won’t help your quest. The usual 1.1% SSR chance is diluted down to 0.78% by a bunch of useless old SSR outfits thrown in the mix to make things unnecessarily difficult.

She is also not yet available on the English versions of the game, which are behind in content.

The good news is that her introduction will likely mean that the previous newcomer Elise will likely become available in a fee gacha soon.

Speaking of free, the 4th-anniversary celebration is coming soon, which likely does mean that players will receive plenty of freebies. A livestream will be hosted on November 16 and we’ll likely hear more then.