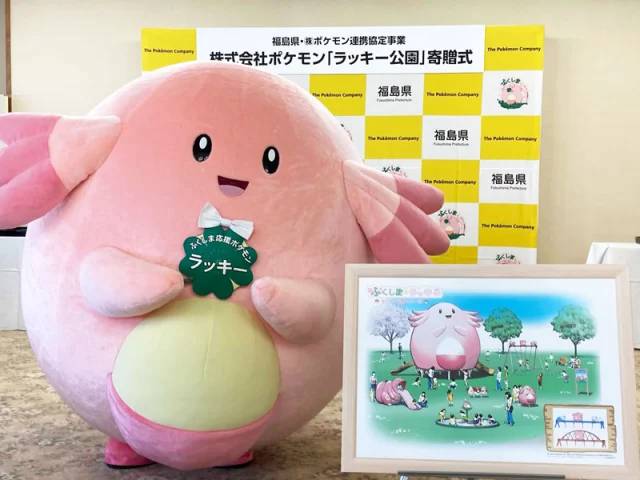 Four towns in Japan’s Fukushima Prefecture will be getting parks themed after the lucky Pokemon Chansey as part of their local arts campaign, according to Japanese news site SoraNews24.

Chansey has been named the Pokemon ambassador of the Fukushima Prefecture, which makes sense as Chansey’s name in Japanese means “lucky” and Fukushima written in kanji means “lucky island.” This ambassadorship has led to the establishment of four parks with a variety of equipment featuring Chansey and some others.

The specific towns that will be getting special parks dedicated to this Pokemon will be Koriyama, Namie, Yanaizu, and Showa. Namie will be the first to open its Chansey park in December, with the rest following soon after by Spring 2022.

We’ve seen some concept art for these new parks, and they feature a number of other pink Pokemon besides Chansey. The parks will also include equipment that feature Pokemon such as Happiny, Cleffa, Igglybuff, and Lickitung as a foundation for swings, slides, and more.

These are the first towns in Japan to get Pokemon-themed parks like this. You can see some concept art for the parks below, as well as a photo from the formal dedication ceremony that was held earlier this month on Oct. 14 in Fukushima.

This isn’t the only time we’ve heard of Pokemon-themed things appearing in parts of Japan. Many cities in the country feature “Poke-Lid” manhole covers, for example.

Would you visit a Pokemon-themed park featuring Chansey or other Pokemon like this? Let us know if you would or wouldn’t, and what other types of Pokemon parks you’d like to see in your area.