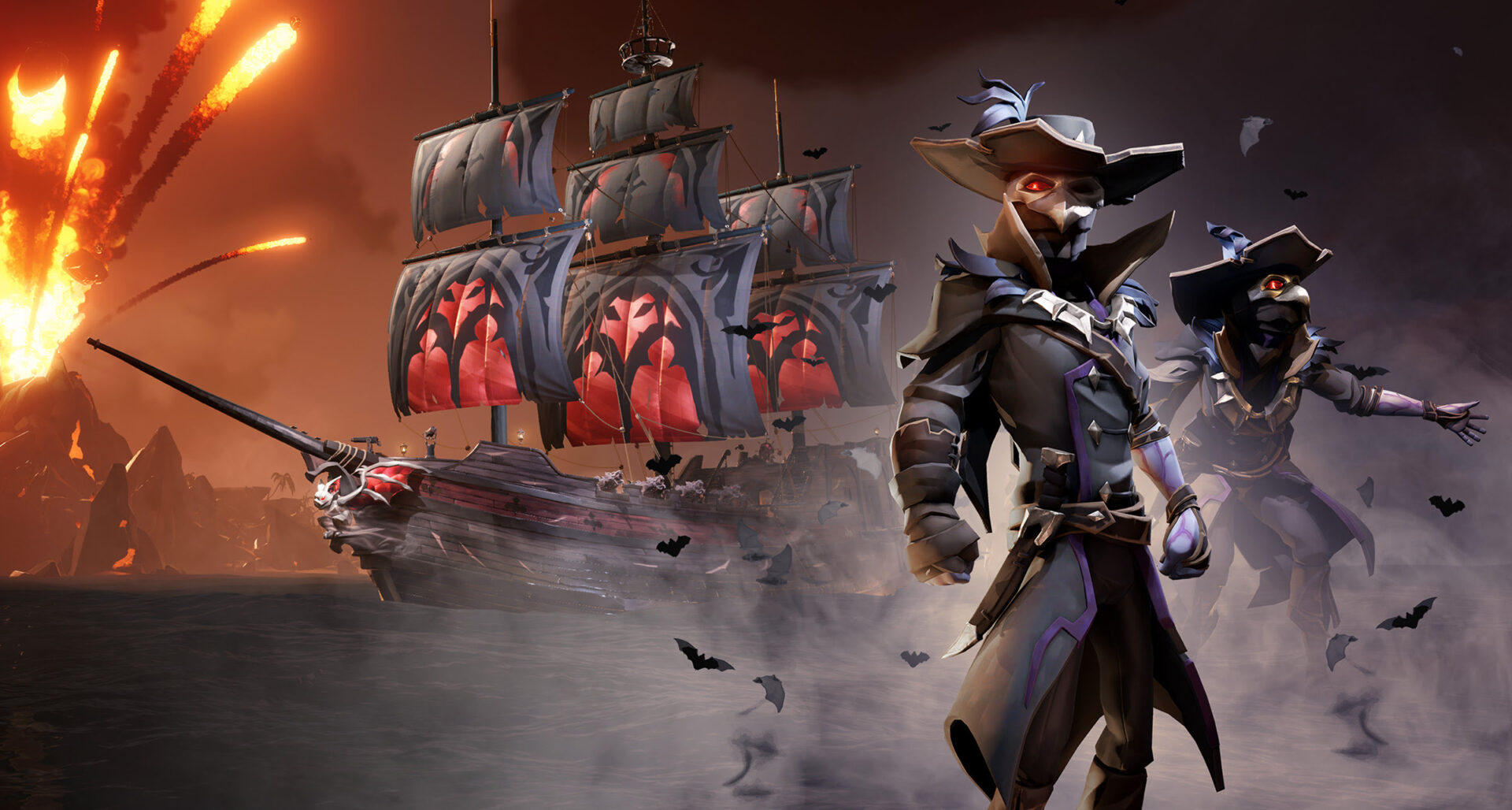 Of course, the update is pretty much entirely Halloween-themed, including the Crimson Crypt ship and costume, alongside weapons and tankard.

There are also dedicated emotes of which one (Seriously Spooked) is free, and new pets.

On top of that, we also take a look at the goodies for the new Plunder Pass, which are also Jack O’ Lantern-themed.