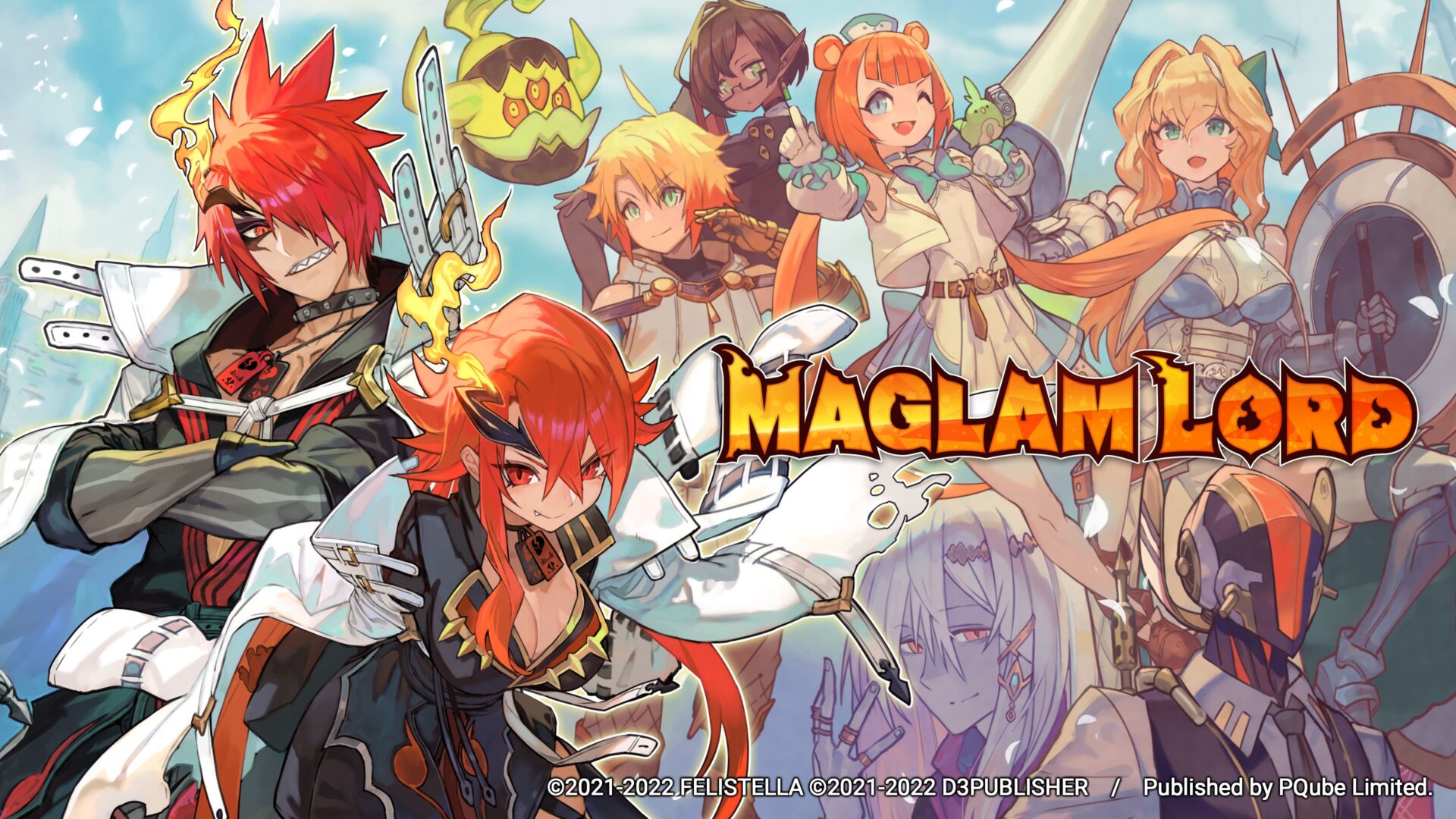 The news comes from British publisher PQube, which will release the game both in North America and Europe for PS4 and Nintendo Switch on February 4, 2022.

A Collector’s Edition with a special box and an artbook will also be available at launch if you want something a little fancier.

If you’re not familiar with Maglam Lord, you can check out a trailer, screenshots, artwork, and an official description.

Waking up in a new world, you discover that you are the last of your species… an endangered Demon Lord, powerless and alone. Embark on a quest to restore your powers and reclaim your former glory.

Brought to you by D3PUBLISHER, developer FELISTELLA, and writer Kei Miyakozuki of ‘Summon Night’ fame, as well as stunning character design and illustration by lack, who designed “Okada Izo” in the game ‘Fate Grand Order’!

Transform Into a Powerful Blade

In addition to traditional HP and SP stats, fill the unique DG Gauge to transform into a more powerful form.

Craft and customise your weapon with a huge variety of stats, visuals, sound effects and even personality changes.

With 4 types of customisations available – Attachment, Decal, Colour and Total Change – explore a vast array of powerful, beautiful or even comical changes! Battle with everything from a massively powerful and deadly blade to an ice cream cone or even a giant fish!

Find A Soulmate To Save Your Species!

Unlock the Dating Dojo to track bonds with your party and your affinity level with prospective partners.

Increase your affinity by battling alongside party members, gift giving, dialogue choices and more. Hit the right level, and you can ask them out – on a date, or as friends! Bowling Alley, Café, Casino and Bath House are just some of the locations you take your prospective soulmate to win their heart.