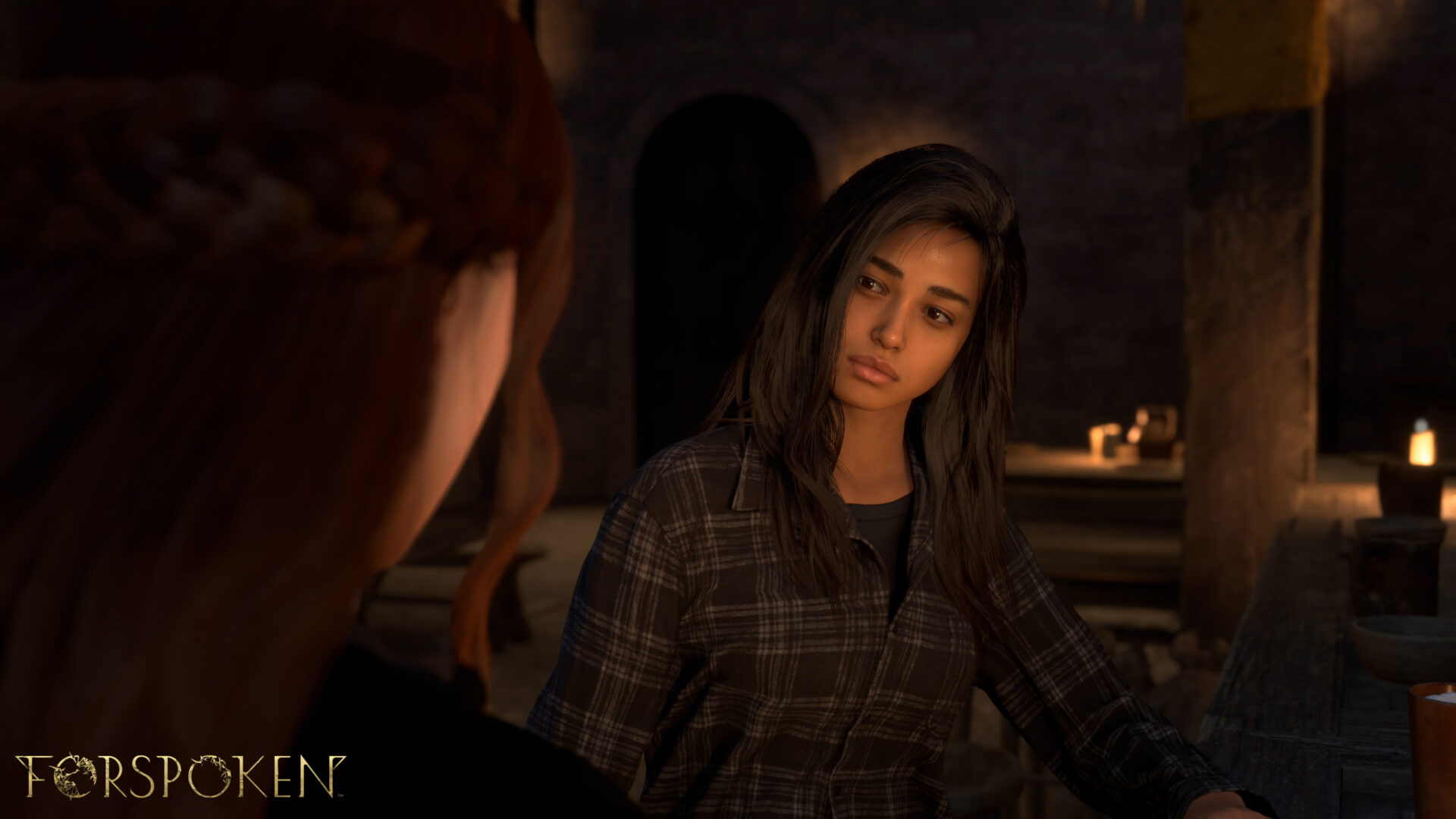 During the Tokyo Game Show earlier today, Forspoken Co-Director Takefumi Terada and Creative Producer Raio Mitsuno both sat down to talk about their upcoming action RPG. In the interview, the Luminous Productions developers detail plenty of information about the game’s world, characters, and magic system, including a lot of background on the game’s protagonist Frey.

Played by Ella Balinska, Frey Holland is a smart, but slightly immature 20-year old woman that lives in New York during the events of Forspoken. Due to a difficult upbringing, she doesn’t trust the world much at all and tends to use sarcasm and humor to deflect attention from her own vulnerability.

When she is one day transported into a mysterious world, called Athia, Frey finds that she not only has powers but that a talking magical bracelet, named Cuff, is attached to her arm. Together, the two beings must work together to help get Frey home.

While Mitsuno stated it’ll be a bit longer until more information can be revealed about Cuff, he did explain that the bracelet’s relationship with Frey will be an interesting and important one.

Cuff is actually very important to the story, as it guides the player and Frey to their next destination. What is interesting is that Cuff and Frey are two peas in a pod.

They are both extremely blunt and will say whatever they think. This means the two of them are constantly bickering and I think that is one of the game’s highlights.

The Forspoken Creative Producer ended this question by stating that both Frey and Cuff will have a lot of lines of dialogue. In fact, conversations will even spill over into battle, resulting in some pretty chaotic conversations.

A little bit later in the interview, Terada went on to explain the magic system a little bit more in-depth, detailing all of the unique features Forspoken’s battle system will have.

Frey can use magic to set traps or empower her abilities. The variety of spells we’ve prepared is pretty unique to the game. I can’t say exactly how many types of magic there are, but there are a lot of them.

Since we were trying to think of spells that would suit all types of playstyles, we made the game with the goal of allowing players to learn with a wide variety of spells or strengthen their magic in different ways so that we could cater to all kinds of players.

We did think some people might try to complete the game with just one style of magic, so we designed our battle [system] to encourage players to experiment with the various types of magic that are in Forspoken.

The interview ended with the Forspoken developers reassuring fans that there are plenty of secrets still in store and that they should stay tuned to find out more about the game soon. You can check out the full translated discussion yourself right here.